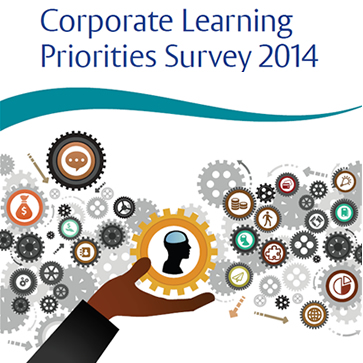 The Corporate Learning Survey, now in its fifth year, is an annual survey that looks at the latest priorities and challenges driving the leadership and learning and development agenda.

The Corporate Learning Survey, now in its fifth year, is an annual survey that looks at the latest priorities and challenges driving the leadership and learning and development agenda.

The 2014 survey has identified that developing an organisation’s collective leadership capability is a key learning and development spending priority.  In previous years, the focus was instead on developing senior leaders.

359 executives, from 38 countries, took part in the 2014 survey, with more than two thirds of respondents at director or CEO level.

When asked which staff groups would be included in executive development plans for 2014, there was an aggregate difference of just 0.36 between senior management, high potentials and middle management, meaning that each group has a virtually equal priority.

“Organisations are recognising that the development of leadership capabilities in entire management teams and groups such as high potentials is essential to produce the best return in organisational performance for shareholder investment,” says Nick Holley, co-director of the Henley Centre for HR Excellence.

Reinforcing this finding, individual (83%) and team (55%) coaching are named as the top two L&D tools in 2014; coaching has long been recognised as the development intervention of choice for team building.

“Coaching teams is a very new trend and reflects how organisations are beginning to recognise how essential it is to develop leadership teams that are more than the sum of their parts.  Systematic team coaching helps leadership teams move from hub-and-spoke teams centred on the team leaders to shared leadership teams. At Henley, we’re developing new thinking on how to coach the interface between leadership teams and the spaces between teams, such as that between the executive team and the boards, to help build a coaching culture that delivers improved capability for the entire organisation,” says Professor Peter Hawkins.

Encouragingly, 83% of executives forecast an L&D budget that is the same or larger than 2013.  While coaching was named as the top L&D tool, nearly half of respondents are planning to use customised executive education and individual online learning; nearly 40% are planning to use open executive education programmes or interactive online learning and 43% external accredited programmes. So overall, investment in L&D is being seen as key to accelerating the growth of organisations emerging from the economic downturn.

“Organisations clearly feel that this investment is essential, and are confident that this will reap rewards.  Interestingly we found that this is true for both the smallest organisations and for the largest!  Even when we looked at the organisations’ very senior people the message is ‘investment, investment, investment’ – in leadership development, in team development and in forward-thinking focus and executing strategy.  And with the concentration on management teams in particular, businesses have identified a new way of developing leadership capability – through collective effectiveness,” says Professor Bernd Vogel, Director Henley Centre for Engaging Leadership.

Other key findings include:

Read a copy of the full report