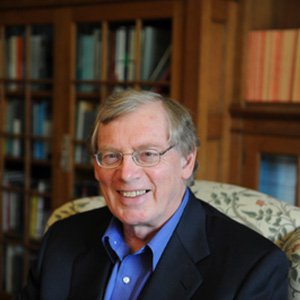 Alan Rugman was an outstanding academic, and a leading figure in both International Business and Strategic Management. His research has shaped how academics and policymakers around the world view international business. Alan also had a leading role in the development of Henley Business School, for which he worked tirelessly. Many will remember him as a valued colleague and friend; others will recall his enjoyment of good intellectual debate. All will remember his passion for his work and his zest for storytelling.

Alan was an early proponent of Internalisation Theory, which along with the Eclectic Paradigm, are the basis of what is popularly known in academic literature as ‘The Reading School’. This line of research was highly influenced by a one-year sabbatical at the University of Reading's Department of Economics in the 1970s, where he worked closely with other Reading-based pioneers in this field, including Mark Casson, Peter Buckley and John Dunning.

He published over 300 articles dealing with the economic, managerial, and strategic aspects of multinational enterprises and with trade and investment policy. These have appeared in such highly-regarded journals as: The American Economic Review, Strategic Management Journal, and the Journal of International Business Studies. Perhaps his most important publication developed the theory of internalisation in a North American context: "Inside the Multinationals", Columbia University Press 1981 (reissued in 2006). He was also co-author of a leading textbook: "International Business" which is now in its sixth Edition. He is recognised as one of the 10 most-cited scholars in the field of international business worldwide.

He served as an external adviser to two Canadian prime ministers on issues of trade, FDI and international competitiveness, and in such capacity advised on the negotiation and adoption of the North American Free Trade Agreement.

All who knew Alan will be deeply saddened by this news. We will all miss a valued colleague and dear friend.