Expanding Henleys collaboration with the Moscow Institute of International Relations 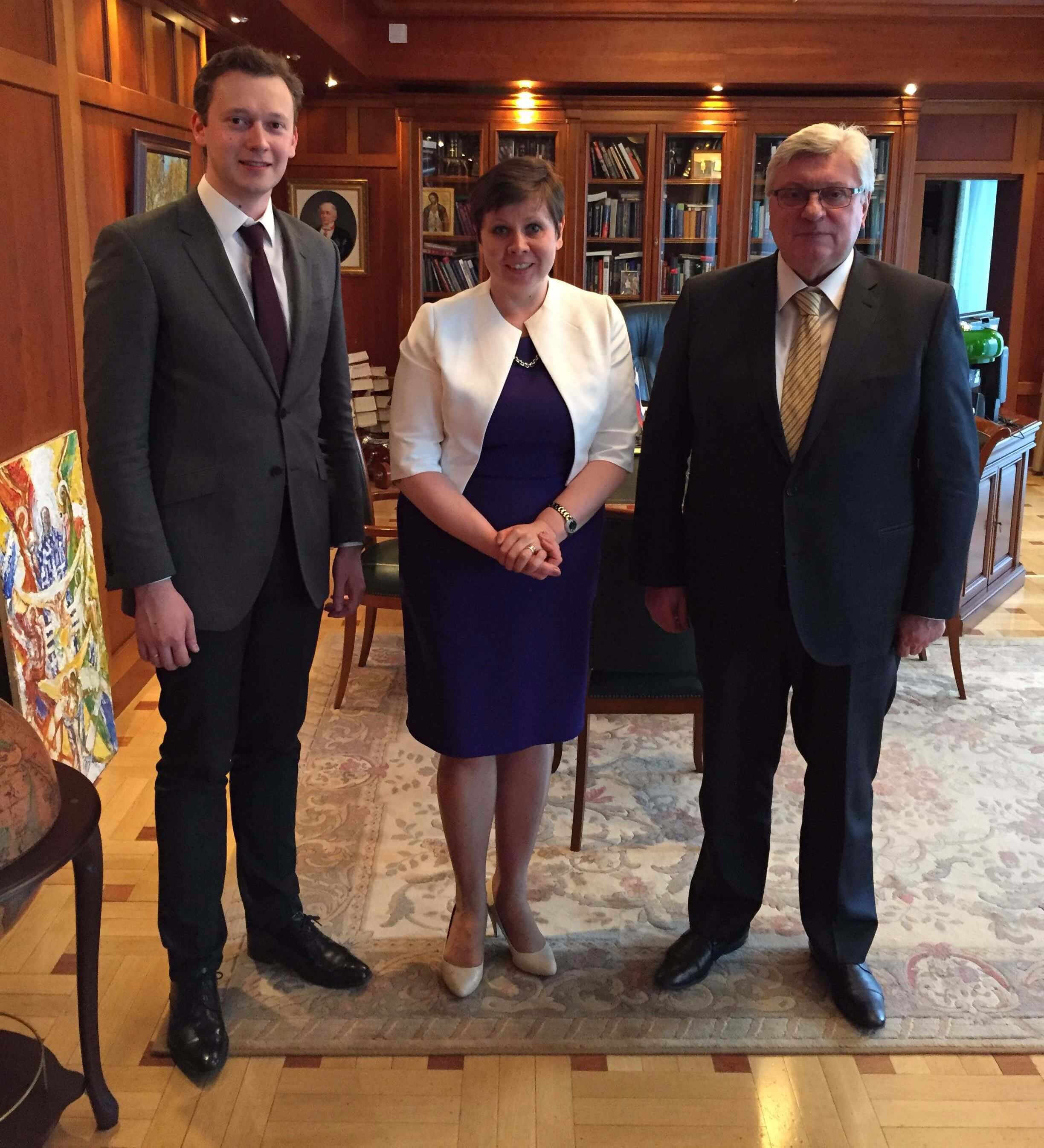 Expanding Henley’s collaboration with the Moscow Institute of International Relations

2 June 2016, Academician Torkunov, Rector of the Moscow Institute of International Relations (MGIMO), met Professor Kalyuzhnova, Vice Dean (International) of Henley Business School. The meeting focused around developing double Masters degrees in a number of disciplines in which Henley and MGIMO have both an interest and unique expertise. A study visit to Moscow by Henley MBA participants was also on the agenda for implementation in 2017.

This high level meeting follows on from a visit to Henley by Dr Andrey Baykov, Vice Rector of MGIMO when the Dean of Henley Business School, Professor John Board, reiterated the importance of the strategic partnership between the two organisations.

The Henley/MGIMO collaboration began in 2013 when a Memorandum of Understanding was signed. Since then, MGIMO lecturers have visited Henley Business School, both in the UK and Finland, and in turn, colleagues from Henley Business School have attended events and meetings in Moscow and Odintsovo.

“Our collaboration is expanding”, said Yelena Kalyuzhnova, “we are exploring important new avenues for development and we hope to welcome the first Masters students from MGIMO to Henley in 2017.”