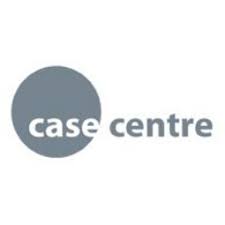 Filipe Morais, after spending the last years researching, interviewing and writing about CEOs and Chairmen of large UK listed companies, has been awarded a scholarship on a competitive basis by The Case Centre. Filipes’ proposal for a case study on Thomas Cook Group Plc’s strategic transformation was well received by the jury.

Filipe Morais is nearing the completion of his PhD in Governance & Leadership with Henley Business School. After spending the last years researching, interviewing and writing about CEOs and Chairmen of large UK listed companies, he has been awarded a scholarship on a competitive basis by The Case Centre. Filipes’ proposal for a case study on Thomas Cook Group Plc’s strategic transformation has been well received by the jury. Thomas Cook Group plc is one of the world’s leading leisure travel groups with sales of £7.8 billion in the year ending 30 September 2015. In 2012, Thomas Cook faced perhaps the most difficult chapter of its 175 years of history. In 2012 Thomas Cook investors had lost confidence in the business and the share price had fallen from a high of 335p in mid-2007 to around 14p in July 2012. The business was carrying significant debt (£ 1.2 million of bank debt, £ 630 million of bonds and £ 1.5 billion of “uncommitted” facilities). In addition, Thomas Cook was producing poor profit, with no EBIT post exceptional items since 2010 and three profit warnings and delayed results in 2011. The root causes of these issues were both external and internal. By 2008, traditional tour operators were facing increasing competition and losing market share from online businesses in the digital space and from low cost airline carriers. Then, in the late 2000, the entire travel industry hit a downturn as a result of the global financial crisis. The case benefits from in-depth interviews carried out by Filipe with top team members such as the Chairman, former CEO, current CEO, CFO, Transformation Director, Head of Investor Relations and the MD of the investment bank that were involved in the turnaround effort. Drawing on this and other materials Filipe will show the path towards the recovery of Thomas Cook, highlighting the governance and strategy choices undertaken. This teaching case will challenge conventional wisdom and allow students to critically identify key success factors, tensions and scrutinise strategic choices made, allowing for creative alternatives to be considered.

As a part of the scholarship Filipe will be spending 5 days at HEC Paris on an advanced course for designing and teaching case studies.