REP student is finalist in Women in Property awards 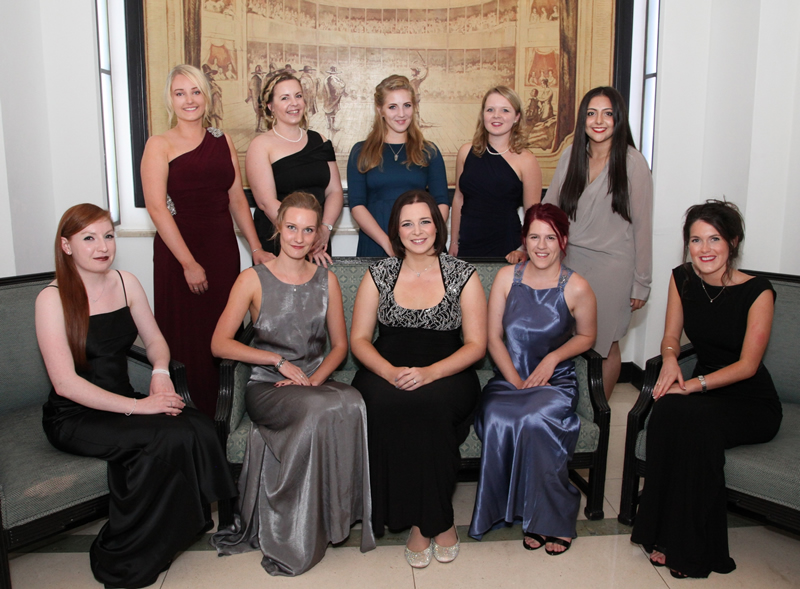 REP student is finalist in Women in Property awards

It was another glittering night at Claridge's for the tenth Women in Propety National Student Awards Dinner, when 240 guests and 10 student finalists came to find out who would win the highly contended top prize. This year nearly 100 students, between them representing 48 Universities, had taken part in the regional stages but tonight we were celebrating the achievements of the 'Best of the Best'. The finalists included third year REP student Stacey Pascoe, on the far right of the photo, who won the Women in Property National Student Award for the South East area.

After a lively champagne reception, outgoing National Chairman, Lisa-Jane Risk, welcomed the guests, giving an entertaining and insightful speech focusing on the ongoing disparity between the relative status of men and women in the industry. Everybody then enjoyed a champagne three course dinner before Lisa-Jane Risk introduced us to the finalists, asking them all to stand, to a well-deserved applause and reminding us that each and every one of them is already a winner. She invited national sponsors Carole Ditty from Bouygues, Colin Wilson from Cushman and Wakefield and Adrian Sims from Linden Homes to come to the stage, alongside Cathy Stewart, who, as Awards Champion, has been a driving force behind the Awards programme since their inception in 2007. Cathy then had the pleasure of announcing the winner. This year the top award went to Yasmin Lunn from Sheffield. Yasmin was then asked to undertake her first official act as an ambassador for WIP by drawing the business card raffle. The formalities over, the guests continued to socialize over a few more glasses of wine.

Regional Winner, Real Estate & Planning student Stacey Pascoe said “I have so much to thank W.I.P for, the experience and opportunities but also all of the amazing people I have met who are involved with the organization. I honestly can’t thank them enough, it has broadened my horizons and increased my confidence. Off the back of this opportunity I have been offered several graduate jobs and placements with leading national property companies. Again I would like to thank Jane Batchelor and Dr Devaney for their support during this process.”