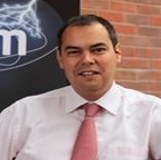 ‘Inspiring and honest insight’ was the consensus of the feedback on the talk by Sean Taylor, Co-founder and CEO, Redwood Technologies Group

‘Inspiring and honest insight’ was the consensus of the feedback on the talk by Sean Taylor, Co-founder and CEO, Redwood Technologies Group

‘Reinvention’ was at the heart of the talk by Sean Taylor, Co-founder and CEO of Redwood Technologies Group who delivered the sixth in the ‘Talks on Enterprise Development’ series to SMEs and Masters in Entrepreneurship students at the Henley Business School on Wednesday 12 October 2016.

The ‘Talks on Enterprise Development’ series puts the spotlight on leadership and engaging SMEs and showcases successful SMEs leaders who share their personal stories of developing high growth businesses, the challenges they faced and how they dealt with them, achievements, lessons learnt and their thoughts about the future.

There are a real sense of honesty and insightfulness about the talk titled ‘Survival and Growth using Re-invention’ given by Sean who with his brother Martin co-founded Redwood Technologies in 1993. A computer scientist who graduated from King’s College London, Sean has built a very successful international company serving many of the large companies from Panasonic to HSBC to AXA to Vodafone in over 50 countries of the world. Redwood, which this year won the ‘Queen’s Awards for Enterprise: Innovation’, will grow by over 30% and next year by more.

Sean puts that down to re-invention and there has been a great deal of reinvention along the way and, as Sean puts it, ‘luck’ as well especially in the early days. We also think it is because Sean is an accomplished leader who inspires, motivates and engages his workforce.

Redwood started out as a telecom equipment manufacturer that launched when the rapidly growing Silicon Valley start-up that Sean worked for sold out to Lucent. Following a number of years of steady growth the first reinvention came when the dot com bubble burst and several of Redwood customers had disappeared. The second came with the emergence of the cloud as a major opportunity that led to the launch of Content Guru which has been the major driver of growth at Redwood. With rapid growth and expansion came the realisation that many companies needed bespoke advice and consultancy which led to the creation of Radius Communications.

A characteristic of the reinvention at Redwood was experimentation and Sean has not been afraid to experiment. Sean said that sometimes new ventures ‘have not worked out’ but that is par for the course.

Looking to the future and what Brexit will bring, Sean remains positive that Redwood will continue to grow using reinvention (which will be tested with Brexit) and we might just see Redwood making acquisitions and reinventing again. Redwood is the company to watch.

This is what members of the audience had to say about Sean’s talk:

“Save a few years and listen to Sean” Thomas Jones, CTO Sword Mobile

“The talk is a must for any SME looking to grow and scale” Frances Campbell, Thames Valley LEP

We were privileged to have Sean on campus to speak given his commitments not only to his rapidly expanding international business but also to a range of organisations serving the local Thames Valley community and the Business United venture he founded with Chris Dodson that connects leaders of medium sized businesses across the Thames Valley.

The next talk in the series will be announcement later in the year. Stay in touch and look out for the announcement at www.henley.ac.uk/henleycentreforentrepreneurship

The UoR is committed to work with the SME community in the Thames Valley Region for mutual benefit.