Opening the Symposium was Chris Dodson OBE, Founder and Chairman of the Business United network of business leaders running £1m to £100m plus revenue businesses in the Thames Valley. The daylong event focused on the most pressing issues which face the UK’s medium-sized businesses, including the topic of Brexit. 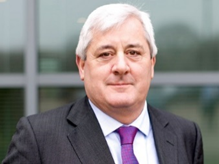 Paul Dreschler CBE, CBI President and Bibby Lines Chairman, kicked off the day with a keynote speech about Brexit and the strategy businesses can use to deal with the forthcoming changes, making a firm statement about the UK government’s need to be decisive in the face of Brexit negotiations. Later in the day, the Brexit discussion continued with a breakout session led by several key figures, including Dr Phillip Lee, MP for Bracknell and Under Secretary of State, and Rob Lewtas from the Department of International Trade. 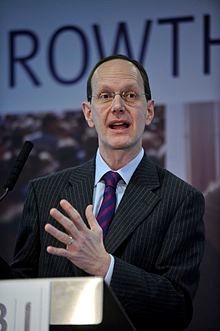 John Cridland CBE, Transport for the North Chairman and former CBI Director General, delivered a stirring keynote about the responsibility that all owner managed businesses have to engage with their community.

Among the eight breakout sessions were two moderated by Henley Business School. Prof David Pendleton, Professor of Leadership, and Jurek Sikorski, Executive Director of the Henley Centre for Entrepreneurship, chaired the ‘Leadership 4.0’ and ‘Building a High Performance Leadership Team’ panels respectively. Both sessions provided some revealing insights into successful leadership practices in the age of artificial intelligence, machine learning and IoT.

Pablo Lloyd, CEO of Active Enterprise, chaired the ‘Finding and Developing Talent’ session, which attracted a lot of interest. Karen Ovenden, co-founder and Director of HireServe, shared some great insights into how companies can develop motivation and retention to improve performance.

The breakout sessions were followed by a panel session with Martin Taylor, co-founder and CMO of Redwood Technologies, Chris Sykes, CEO of Wokingham-based AI agency Volume Global, and Paul Lindley, founder and Chairman of baby food brand Ella’s Kitchen. The panel discussed how they achieve significant growth and shared tips for businesses looking to scale.

The Symposium concluded with two rousing keynote speeches. The first was delivered by Alex Tatham, Managing Director of £2.5 billion corporation Westcoast, on the topic of driving international growth. The second was delivered by Simon Biltcliffe, founder and CEO of print services specialist Webmart, who spoke about how he has mixed Marxism with Capitalism to successfully create new business practices for Webmart.

All in all the Symposium served up another exciting melting pot of ideas from a dynamic body of British businesses. The shadow of Brexit of course loomed heavily over the day’s proceedings, but it was inspiring to see how clearly optimism, opportunity and pragmatism defined the atmosphere and the future of business.

The success of the Symposium was unanimous; so much so that we have already scheduled the third Symposium next year, which will be again hosted by Henley Business School on Wednesday 19 September 2018.