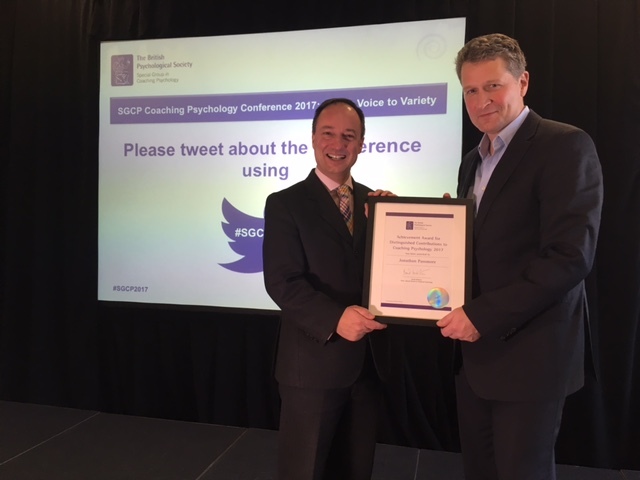 Dr Jonathan Passmore has been presented with a Distinguished Contribution to Coaching Award by the British Psychological Society.

The high-profile achievement award is given to psychologists who have made an outstanding contribution to coaching psychology.

Jonathan is a chartered psychologist who holds five degrees, has published more than 100 scientific papers, edited and written 30 books and delivered over 150 conference papers. He has also won several international awards.

He said: “I am delighted to be honoured by this award from the British Psychological Society. Coaching has come a long way in the past two decades since my first involvement, and we now have a more evidence-based discipline, where practice is increasing informed by research and where ethical practice and coach competence are improving as a result of rising standards in coach training and growing professionalisation. “

The award was presented at the British Psychological Society’s Special Group in Coaching Psychology Conference 2017, which took place on Friday 8 December.