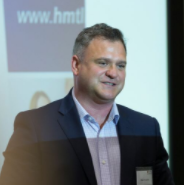 “To succeed – and Roc Technologies is succeeding big – you have to experience failure” was the opening message from Matt Franklin, who delivered the ninth talk in the ‘Talks on Enterprise Development’ series at Henley Business School on Monday 16 October 2017.

The talk, titled ‘Creating Opportunity from Adversity’, covered Matt’s experiences as Managing Director of Roc Technologies and highlighted that success and failure co-exist and that failure should not be feared but should instead be a source of learning and inspiration.

Matt cited multiple examples of successful entrepreneurs who suffered adversity, such as Steve Jobs when he was fired and Bill Gates whose first business failed miserably only to rise and pursue a new opportunity and succeed. “Persistence and boldness” was the imparting message.

Matt, who is a former winner of the ‘Young Entrepreneur of the Year’, spoke with great sincerity of his early days selling farm produce by the roadside, where he learned the essential skill of ‘selling’. This experience helped spark his entrepreneurial flair and his career since then has been nothing short of a rollercoaster.

Following his graduation with a business degree Matt had set his ambition to become a corporate lawyer, but instead he changed direction and after a short spell at Cabletron he and two others founded Prime Business Solutions. This proved to be a major success and they sold the business several years later for £22m and enjoyed the ‘good life’.

Whilst the others continue to enjoy the fruits from selling the company, Matt returned to work with 2e2, which brought Prime Business Solutions. Sadly 2e2 failed and Matt talked of the sobering and life-defining experience of managing the company’s end, particularly the sadness and the pain that the employees were subject to.

Faced again with a choice, Matt joined with two others and acquired Roc Technologies, which they have built into a success story. Today Matt is the figurehead and architect of Roc Technologies, which has won multiple awards – most recently it was recognised as one of the UK’s 1,000 companies to inspire Britain in July 2017 by the London Stock Exchange Group.

For Matt, creating success comes down to:

And… ‘Don’t be afraid of failure’.

Whilst Matt was talking his story was being told against the backdrop of streaming pictures and press cuttings, making it an experience for the audience to fully appreciate. 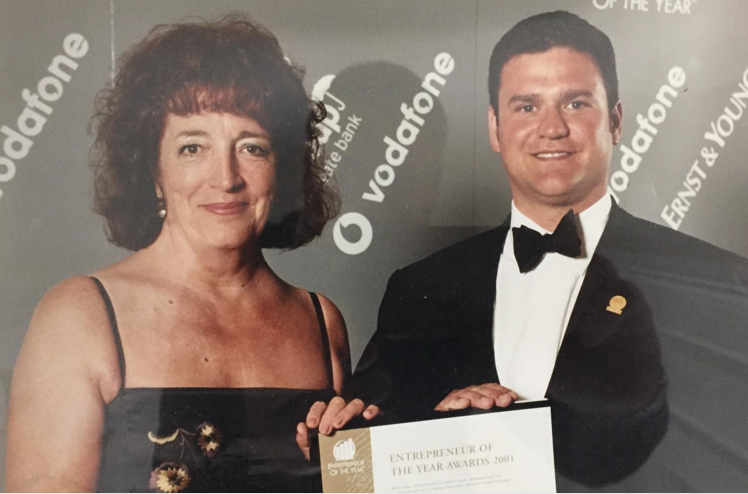 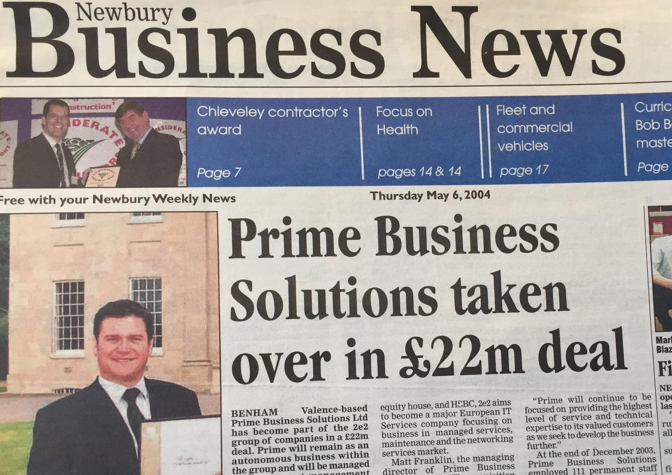 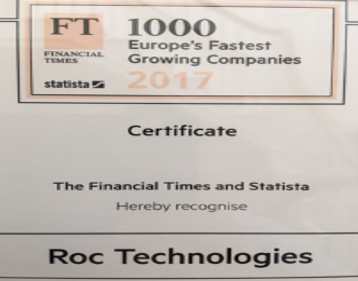 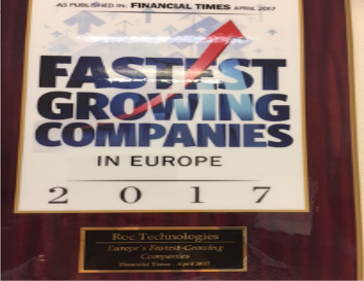 With Matt Franklin in the driving seat the future is bright for Roc Technologies and the company might even be one of the stars of the public market in the future.

Members of the audience had plenty of positive feedback about Matt’s talk:

It was a real pleasure to have Matt Franklin on campus and to hear the story of Roc technologies. We wish Matt and Roc Technologies continuing success in the future.

The next talk in the series will be on 19 March 2018 when Dan Wagner, an accomplished British serial entrepreneur and founder of a string of companies including MAID plc that was sold to Thompson Reuters for $500m, will deliver the tenth in the Henley ‘Talks on Enterprise Development’ series. Look out for further announcements at: https://www.henley.ac.uk/research/research-centres/henley-centre-for-entrepreneurship/hce-news

Henley Business School is committed to work with the SME community in the Thames Valley Region for mutual benefit.

Henley Centre for Entrepreneurship is part of Henley Business School at the University of Reading which provides a hub for teaching and research in the subject, inspiring students from across the University to embrace, develop and apply their entrepreneurial abilities.