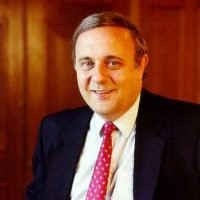 Emeritus Professor Victor Dulewicz was recently awarded the Lifetime Achievement Award for 2016 by the British Psychological Society’s Division of Occupational Psychology. Victor joined Henley Management College in 1986. He devised a 40-item competency-based framework for the General Management Course’s Personal Development Workshop. Research on the work was widely published and helped to promote the value and use of competency frameworks in the UK; nowadays, almost every organisation has one.

Henley set up the Centre for Board Effectiveness in 1995. Victor was its first Research Director and later succeeded Professors Keith Macmillan and Bernard Taylor as the Centre Director. The numerous articles and conference papers produced by the Centre have helped to promote the widespread use of the Standards for director selection, appraisal and development and for board group working and appraisal.

The Sunday Times/Peel Hunt UK Non-Executive Director Awards was set up in 2006, with Victor as their consultant on assessment standards, reporting to the chair of the judges. Victor has also been a judge on the shortlisting and final panels ever since. Through Victor’s efforts, Henley became the first academic sponsor of the awards.

Through his work and writings over three decades as a Henley Professor, Victor has been successful in promoting the value of Occupational Psychology to organisations, business schools and boards of directors in the UK and around the world.