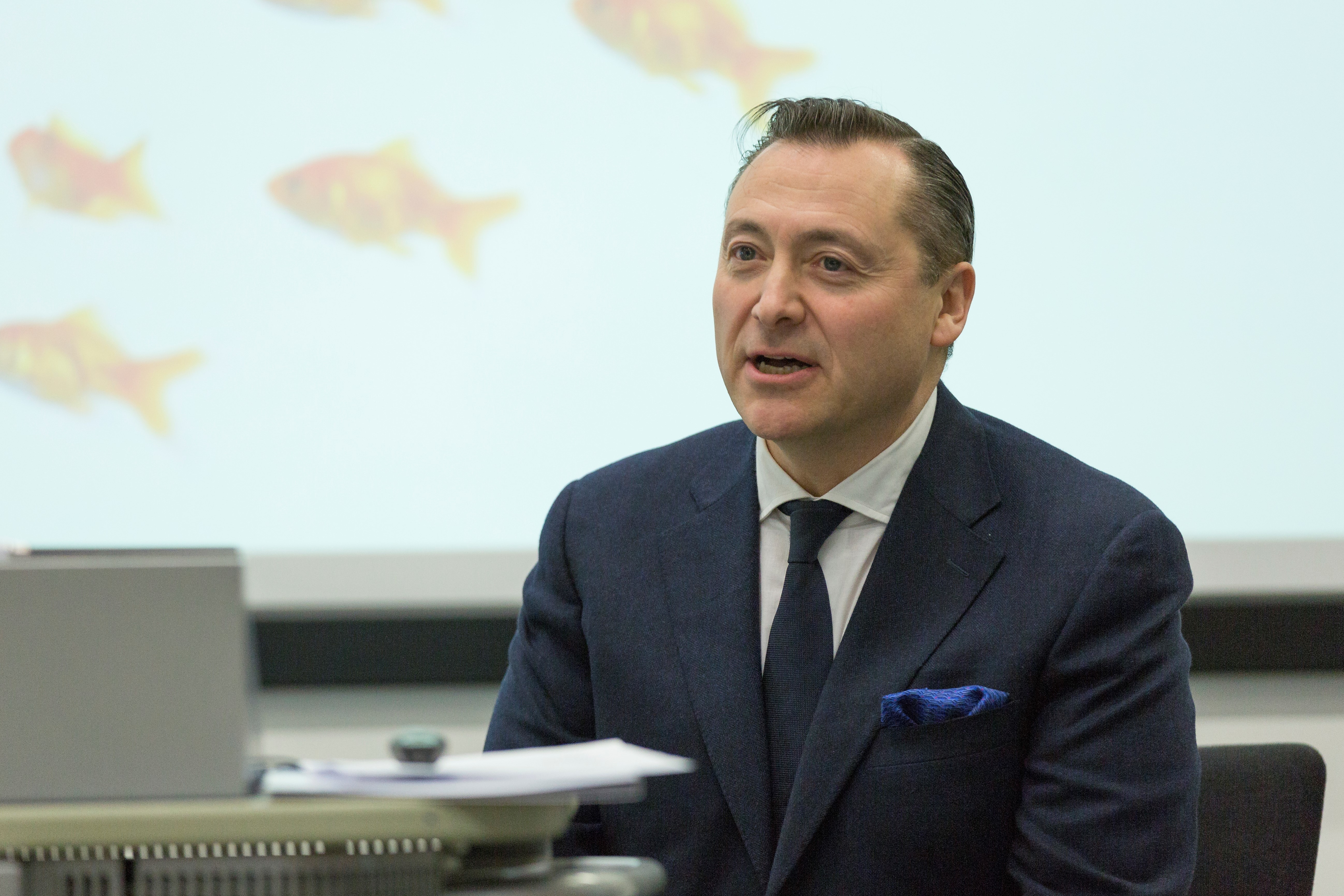 An audience of SMEs assembled at Henley Business School was privileged to hear a talk by Dan Wagner, a British serial Internet entrepreneur and founder of Rezolve, who delivered Henley Centre for Entrepreneurship’s tenth talk in the ‘Talks on Enterprise Development’ series on Monday 19 March 2018.

The talk, titled ‘Being an Entrepreneur – the challenges and dynamism of creating a new business’, reveals an amazing story of starting and selling businesses, a massive disappointment and heartache and the birth of a new business that is set to transform mobile shopping worldwide.

Dan opened by stating that his story is all about endeavor that is characterised by success, failure, confidence and inspiration. Dan described himself as an entrepreneur doing what inspires him. He asked the audience whether ‘being an entrepreneur’ is like a green shoot… or a puppy trying to steal a biscuit on a table that is out of reach? Dan said it is more like being different and thinking and acting differently like the fish that leaves the shoal and swims in the opposite direction.

Delving into his background, Dan told the audience that he started in advertising when, as he put it, everything was different – there was no Internet or computer and you had to search a physical library. Whilst gathering information the epiphany moment came when Dan watched ‘Tomorrow’s World’, which previewed the future and the advent of the computer.

Following this, Dan formed MAID, offering market information via a telephone modem link, but sadly no customers were willing to sign up in the UK. However, Dan was invited to attend a trade show in New York and he brought back with him four orders, giving him the springboard to challenge the dominance of the major research information corporations. The corporations chose to give their services away FOC in an attempt to ‘kill MAID’, but this proved to be a big mistake – instead Dan increased his prices and won the business.

In 1994 Dan listed MAID on the LSE and the following year in NASDAQ before selling to Thompson Reuters for $500m. This was success story of one of the first Internet companies, preceding Sir Tim Berners-Lee’s launch of the World Wide Web by some five years.

Shortly after selling MAID Dan launched Venda, an e-commerce platform, and did the same, successfully selling the company to Oracle. Dan became the serial entrepreneur with the ‘Midas Touch’, who investors wanted to back.

Dan went on to launch his most ambitious venture yet, Powa Technologies. His aim was to deliver what would be a new mobile commerce services enterprise and initially it grew quickly, but then when many felt it had reached ‘unicorn’ status it collapsed following an acrimonious battle between Dan and a NED, who joined the board via a large investor and who rather than help had spoilt the business. Dan described the experience as one of the ‘perils of success’. 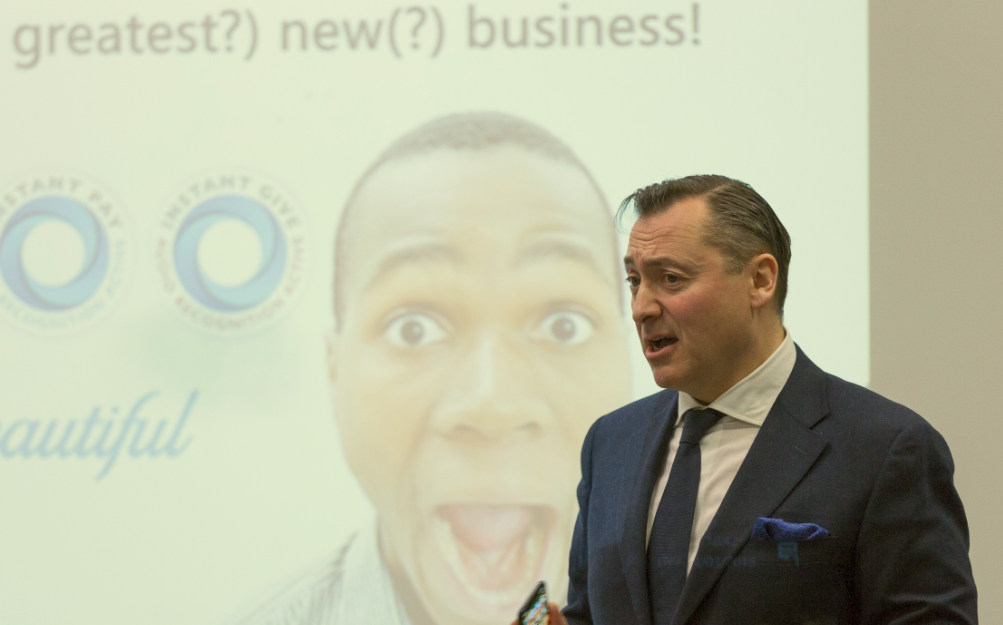 Undeterred by loss, both financial and personal, Dan bounced back by launching a new venture building on the technology of Powa to create Rezolve, which Dan called ‘my latest and greatest business’. Full of confidence, Dan faced the audience and said ‘you will be very impressed by the new mobile commerce service’, outlining how the service combines the power of mobile image and audio recognition technologies. Dan proceeded to demonstrate how Rezolve works and importantly how mobile shopping will be transformed.

Dan was right that the response from the audience was a universal ‘wow’. The general consensus was that Rezolve is the new mobile engagement standard that has the potential to change the way we shop and pay for what we buy. Additionally, Dan spoke about how he is partnering with many corporations, including China’s largest mobile network operator and others around the globe.

In closing, Dan’s message was simple; when you have an idea ‘go and do it’ with commitment, determination and solid execution.

Dan continued in the Q&A answering questions revealing that his ambition is to build a substantial business and not to sell out. The future for Rezolve looks very exciting.

Members of the audience gave exceptional feedback for Dan’s talk:

Grainne Ridge, Business Coach at All About Results: “The talk went beyond my expectations.”

It was a real pleasure to have Dan Wagner on campus and to hear his ongoing story. We wish Dan and Rezolve great success in the future.

The next talk in the series will be on 18 June 2018 when Kishore Sankla, Founder and CEO of Solutions4Health and winner of the Royal Society of Public Health (RSPH) Innovation and Technology 2017 Award, will talk about his story of how he and his wife have grown a business that is a key pillar of the UK Government’s Industrial Strategy.

Henley Business School is committed to work with the SME community in the Thames Valley Region for mutual benefit.

Henley Centre for Entrepreneurship is part of Henley Business School at the University of Reading which provides a hub for teaching and research in the subject, inspiring students from across the University to embrace, develop and apply their entrepreneurial abilities.