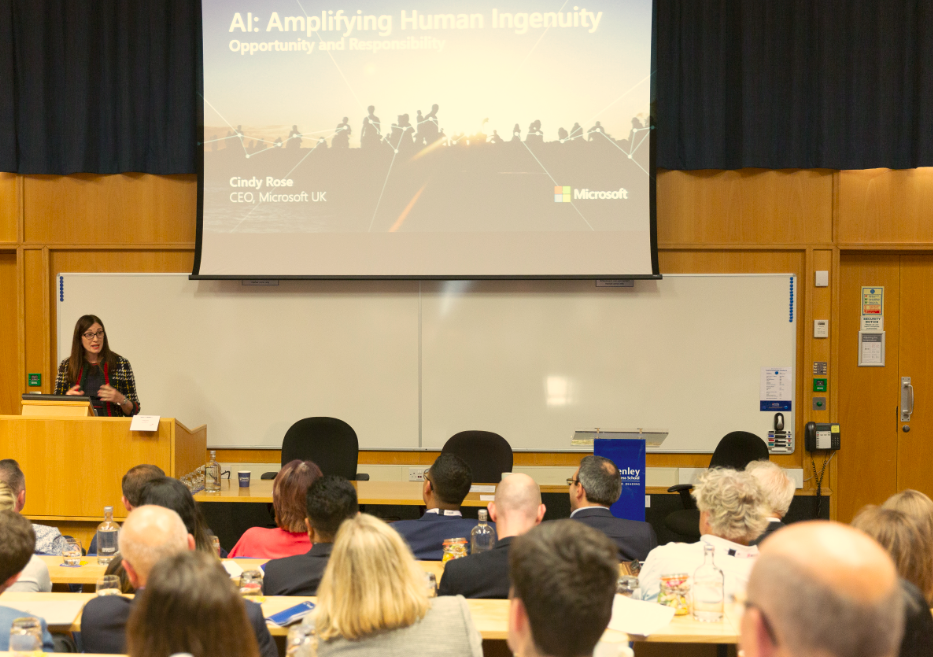 Over 100 business leaders and guests came together from across the Thames Valley on Wednesday 19 September 2018 to hear talks from several high profile speakers and debate in breakout sessions the issues that are challenging mid-sized businesses.

Opening the event was Chris Dodson OBE DL, the founder and Chairman of business leaders’ network Business United, a network of business leaders running £1m to £100m plus revenue businesses in the Thames Valley. Chris talked on how the overarching challenge for businesses, especially in the face of Brexit, was growth. Themed as ‘Promoting Business Growth’, the Symposium focused not unsurprisingly on the future.

Stephen Martin, Director General of the Institute of Directors, delivered the first keynote speech, titled ‘Thoughts on the Future of British Business’. Stephen addressed the topic on everyone’s mind, Brexit, describing it as both a challenge and an opportunity and emphasising the pressing question of ‘how do we raise the standards of British business?’ 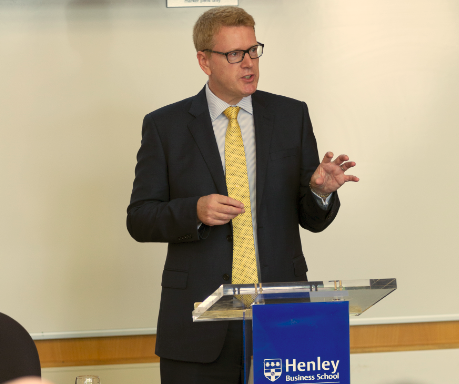 Stephen went on to say that initiatives like Brittelstand that help to shape objectives of British industry is part of the answer. He pointed out the intentional similarity between the German Mittelstand and Brittelstand in that they engage strongly in international trade. There is however still considerable scope to improve international trading in the wider business community.

Stephen pointed to directors of British companies having an ambition to trade with the global marketplace, a mentality that Stephen is keen to have all business leaders adopt. He continued by highlighting that whilst the UK is good at starting businesses it is not always great at scaling businesses and that we must find ways to do more of the latter, a topic that was covered by one of the breakout sessions and the ScaleUp Berkshire Programme which was launched at the Symposium. It was also interesting to hear that the Government’s Export Strategy was launched at the IoD earlier in the week, with boosting export also being emphasised. Focusing on the challenges businesses face, the Government is behind driving exports another topic being debated by a breakout session. 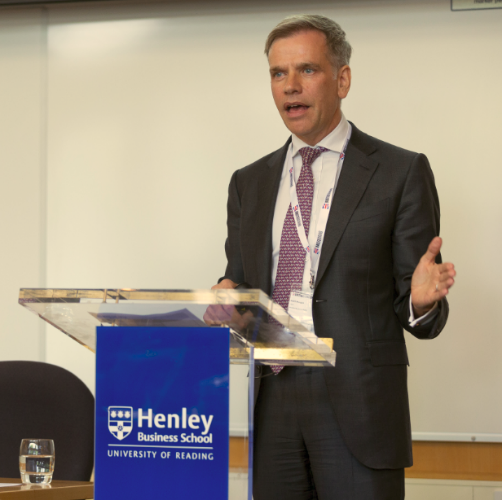 Explaining how the British Business Bank works, Keith described the growing number of ways in which business is supported by over 120 partners, including angel networks, start-up providers, venture capital firms and more recently challenger banks and peer-to-peer lenders.

With over £6.3bn funding, the British Business Bank is playing an important role in financing start-ups, scale-ups and ‘stay-aheads’, having a far reaching and substantial impact on the growth of UK businesses.

Highlighted was the role of patient or long term capital which is being seen as crucial for growth. Pointing out the problem of the lack of patient capital (and no, this is not capital intended to support the NHS!), Keith identified a pot of £2.5bn that has been allocated for investment through partners into businesses that required such capital.

Keith shared several examples of businesses which have received funding from the British Business Bank that have grown to become ‘unicorns’ (not of the four legged variety, but businesses valued at over $1bn) and hoped to do more of the same going forward in promoting business growth.

Following Keith’s talk the delegates were invited to attend six 40 minute breakout sessions in two streams of three, covering the topics of

The breakout sessions were structured around a panel chaired by an expert in the field, supported by up to three panellists. The aim was to facilitate learning and interaction with the panellists and between delegates. Discussions were described as ‘engaging’ and ‘revealing’ as panellists shared their insights and answered questions from the audience. 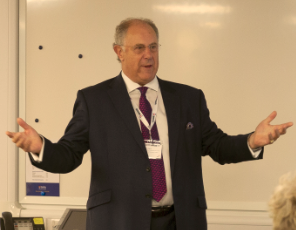 The session on ‘Expanding Internationally’, chaired by Chris Dodson with Chris Craggs (CEO of McFarlane Telfer), Ben Raby (Head of DIT, South East Region), Sandra Sassow (CEO of SEaB) and Siobhan McElhinney (Chairwoman of SAS International) was particularly noteworthy. The breakout session featured a live video connection with Chris Craggs, who joined the session from the UAE where he continues to expand his business, and the topic covered is singularly a key ambition of both government and business, as highlighted by Stephen Martin. 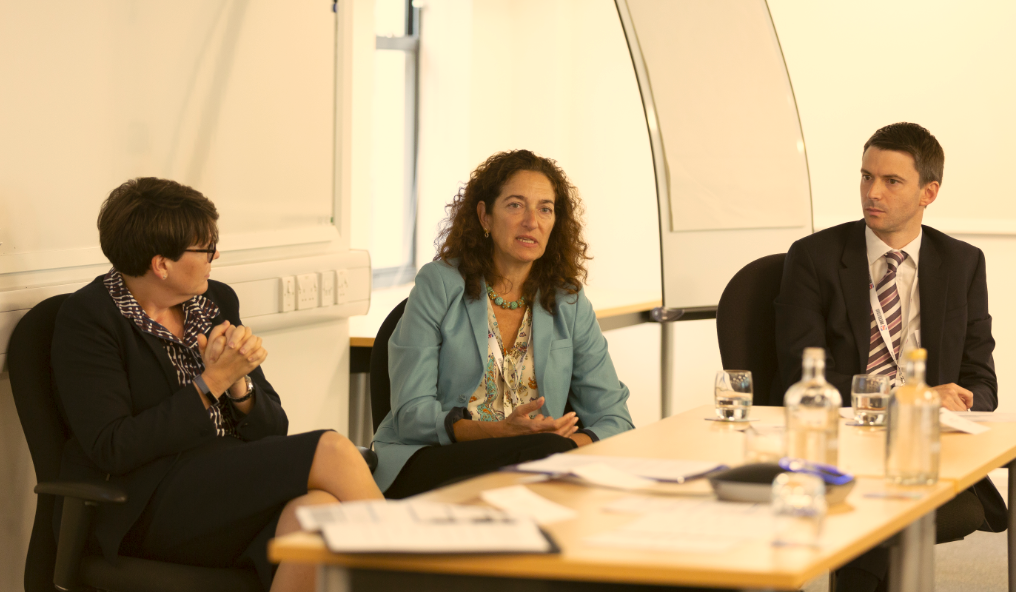 Chris Dodson commented: “Even though I am a seasoned exporter, this session still provided me with useful tips and concepts when considering expanding overseas. Of particular note was the concept that any foray into a new export territory should be treated as a start-up, empowering your existing, particularly younger, team members with a chance to drive the new export business, often moving to operate in the new territory.” 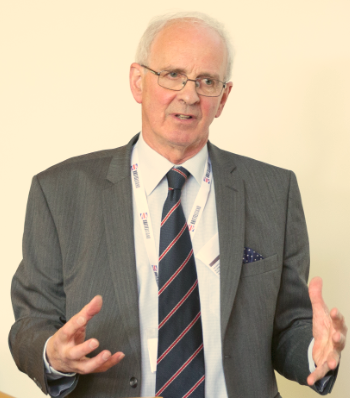 Gavin Oldham OBE, founder and Chairman of Share Plc/The Share Centre and of The Share Foundation, was the third keynote speaker and delivered a totally unique talk on ‘Egalitarian Capitalism’. The talk highlighted the growing problem of chronic wealth disparity and the role of capitalism, whilst at the heart of wealth creation, was not solving the problem.

In offering a solution that was of two parts – financial education for the disadvantaged young and a move away from excessive state handouts with an increased individual participation in business – the talk galvanised a lot of questions and challenges, with conversations continuing after the talk and over lunch.

Immediately after lunch came the much anticipated keynote talk by Cindy Rose, CEO of Microsoft UK. Titled ‘AI: Amplifying Human Ingenuity, Opportunity and Responsibility’, Cindy’s talk inspired delegates with her insight into the topic of artificial intelligence and its role in society. Cindy described, with the help of a series of short videos, how AI in its many forms is transforming not only the way we do business, but the way we live. 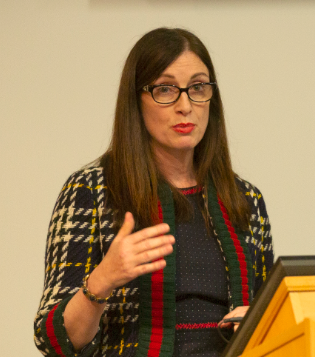 Cindy contended that it is no longer a question of whether we adopt AI, but how do we adopt AI to gain a competitive advantage and build sustainable businesses. Simultaneously, Cindy stressed the importance of business and government taking responsibility to ensure that AI benefits society and becomes a ‘force for good’. Citing the book ‘The Future Computed: Artificial Intelligence and its Role in Society’, written by Brad Smith and Harry Shum at Microsoft, Cindy stated that it brought a new perspective on AI.

Recognising this is Microsoft’s perspective on where AI technology is going and the new societal issues it is raising, there was a very positive reaction from the audience to establishing ethical principles to protect people and ensure AI helps society. Cindy went on to describe the six principles - fairness, reliability and safety, privacy and security, inclusiveness, transparency and accountability and advocated that adopting these was critical to addressing the societal impacts of AI and building trust as AI becomes more and more a part of the products and services that people use at work and at home every day.

Building on the points made in Cindy’s talk, a panel of business leaders joined by Cindy shared their experience of adopting AI. 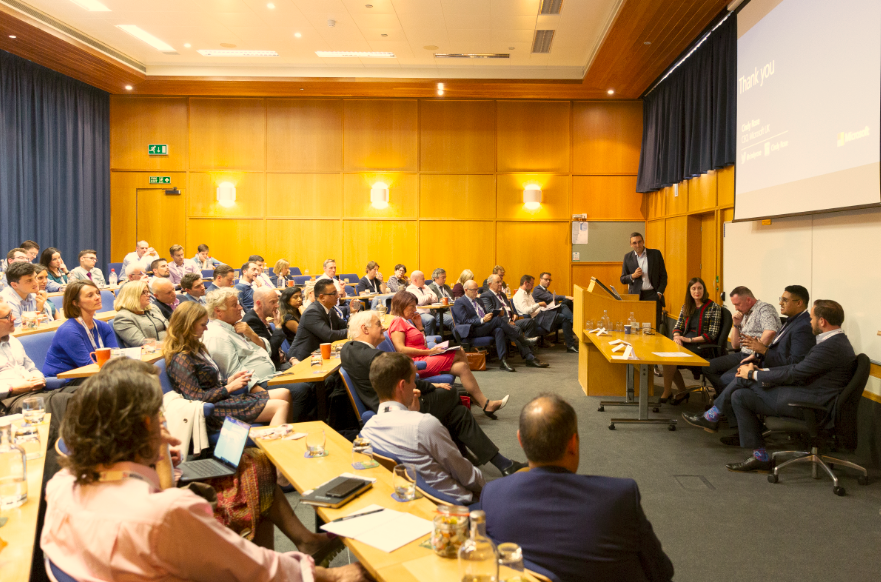 Titled ‘AI and the Data Economy’, the panel answered questions on providing education and teaching all employees about AI so that they might embrace rather than resist its adoption. The panel chair, Sotiris Krousitis of PwC, concluded by stating that AI is changing the world and we should harness its power for building a society we want to be part of.

The panel was followed by the final two breakout sessions on ‘Protecting Your Business by Bolstering Cybersecurity’ and ‘People Make the Difference’. Both stirred debate and delegates took two important messages away with them: firstly that cybersecurity should be the number one priority for businesses and everyone’s responsibility and secondly that for people to make a difference, businesses must invest in equipping people with skills and tools to do the job and reward them for the job they do. 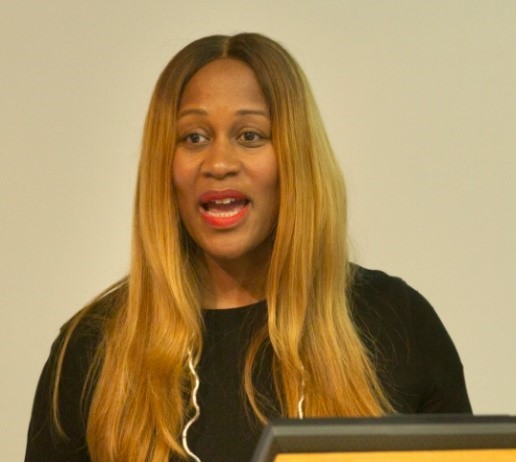 The final keynote talk was a fitting finale. Titled ‘The Five Factors that will Unlock Your Business Growth Over the Next Two Years (and Beyond)’, the talk was delivered by Karen Blackett OBE, WPP UK Country Manager, Chairwoman of MediaCom and Business Ambassador for DIT to No 10. Recognised as one of the most influential women in business in the UK today and, fittingly, a graduate of the University of Reading, Karen spoke passionately about the five factors of diversity, trust, digital, technology and data.

Diversity was perhaps the message that resonated the loudest as Karen urged business leaders to know your customers and reflect their stories in your brand story, check your internal team and ‘isms’ and to avoid group think.

Continuing, Karen highlighted that companies are more likely to outperform when they embrace gender and ethnic diversity. Adding to diversity, Karen pointed to trust as something businesses need to build with consumers that naturally distrust businesses. Trust determines positive customer experience which in turn drives growth.

Jurek Sikorski, the Executive Director of Henley Centre for Entrepreneurship, closed the Symposium with an address offering some personal key takeaways. He also announced many collaborations, including the launch of the ScaleUp Berkshire Programme to benefit scale-up businesses and an invitation to delegates to engage with the Henley Business School, in particular with the Henley Centre for Leadership for insights into modern leadership and Henley Careers for talent. Jurek singled out the University of Reading’s Knowledge Transfer Centre too for connection to departments across the University.

Overall the Symposium delivered some revealing insights into the issues facing British businesses at this time when Brexit is six months away and posing substantial challenges. Despite the looming unknowns of Brexit the Symposium was upbeat, pointing to that fact that British business is resilient and will rise to the challenges of the future and deliver growth.

Be sure to save the date for the fourth Brittelstand Symposium, which has been provisionally scheduled for Wednesday 18 September 2019 and will again be hosted at Henley Business School’s Greenlands Campus.

Chairman of Business United and Mortimer and Torftech Groups

We thank our headline sponsor, PWC for their contributions and support for the Brittelstand Symposium 2018. 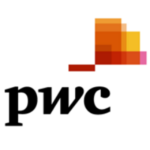 We also thank our key supporters who have played a key role in promoting and advising for the Brittelstand Symposium 2018.