Heads Together and Row: Day 3

Today is day 3 at sea for Heads Together and Row and we have had our first update and photo from the team.

“It’s been tough going! Great start on Weds but once the adrenaline wore off, the fatigue, seasickness for some of us, and new sleeping pattern took its toll. But really pleased to say spirits are up this afternoon, and proud that the whole crew are stepping in to help when someone is in need - be that giving someone an extra 30 mins sleep or just some of their time for chatting.

At first it was a v quiet boat as we all internalised what we were going through - that made it hard to talk, such was the focus on rowing and sleeping. Oddly, hallucinations came early. The nights are going to take some getting used to. I’ve personally been visited by one of our old horses, Jez has seen a space ship and we’ve all been sleep rowing, talking to figments of our imagination then waking up having clashed oars with a team mate and asked them what they were just saying. The answer “nothing, I didn’t say anything” has become a v common phrase on deck!

So, spirits are higher this afternoon and we’re going well. Looking forward to reaching the trade winds and picking up speed… And to see more whales and dolphins!

We’ll see what another night brings apart from the obvious random wave in the face, hallucinations and desperate wait for the sun to rise!”

Many of the teams, including Heads Together and Row, have reported wildlife sightings already. Here’s a photo Alison took of a whale as they left La Gomera. 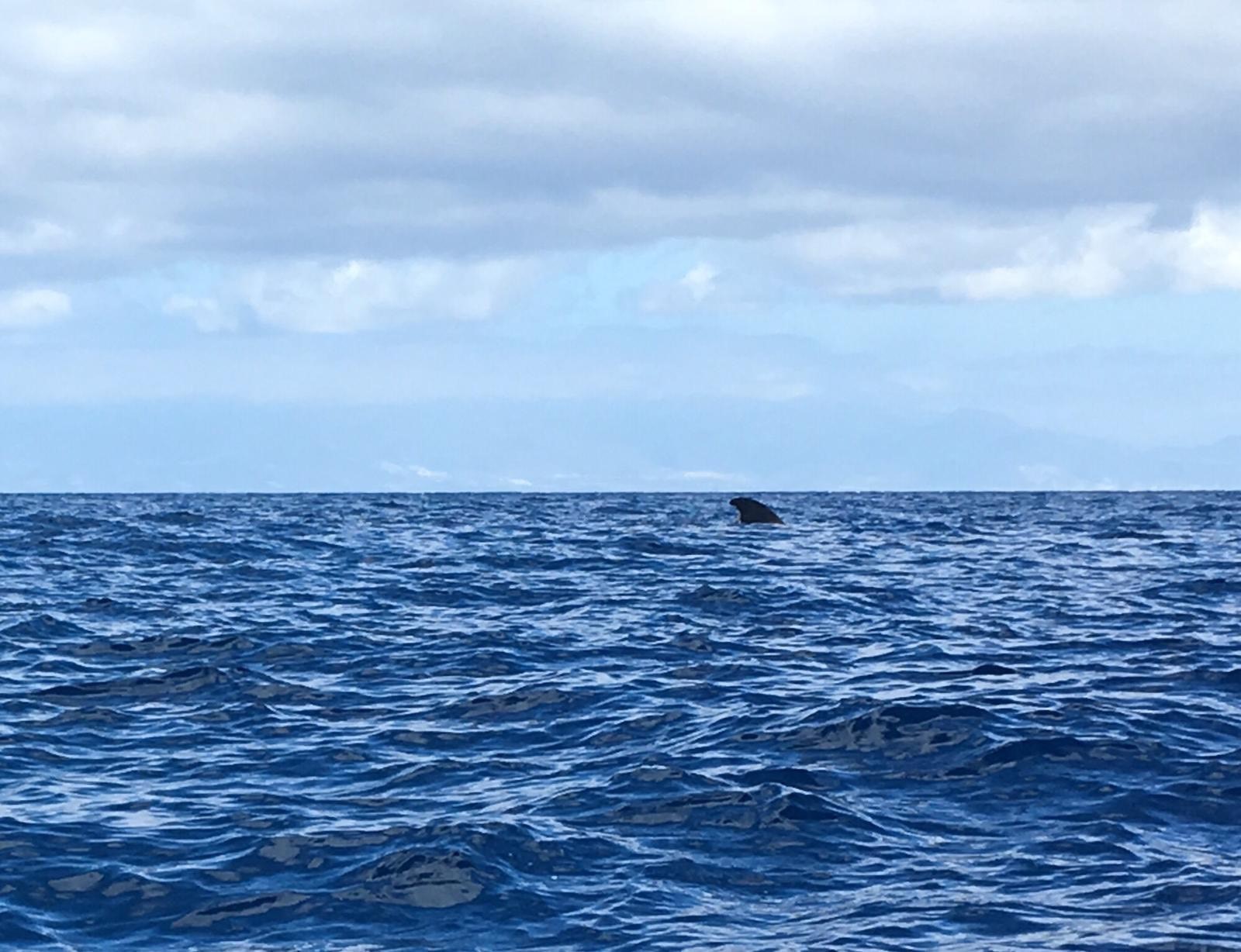