Heads Together and Row: One week until the race 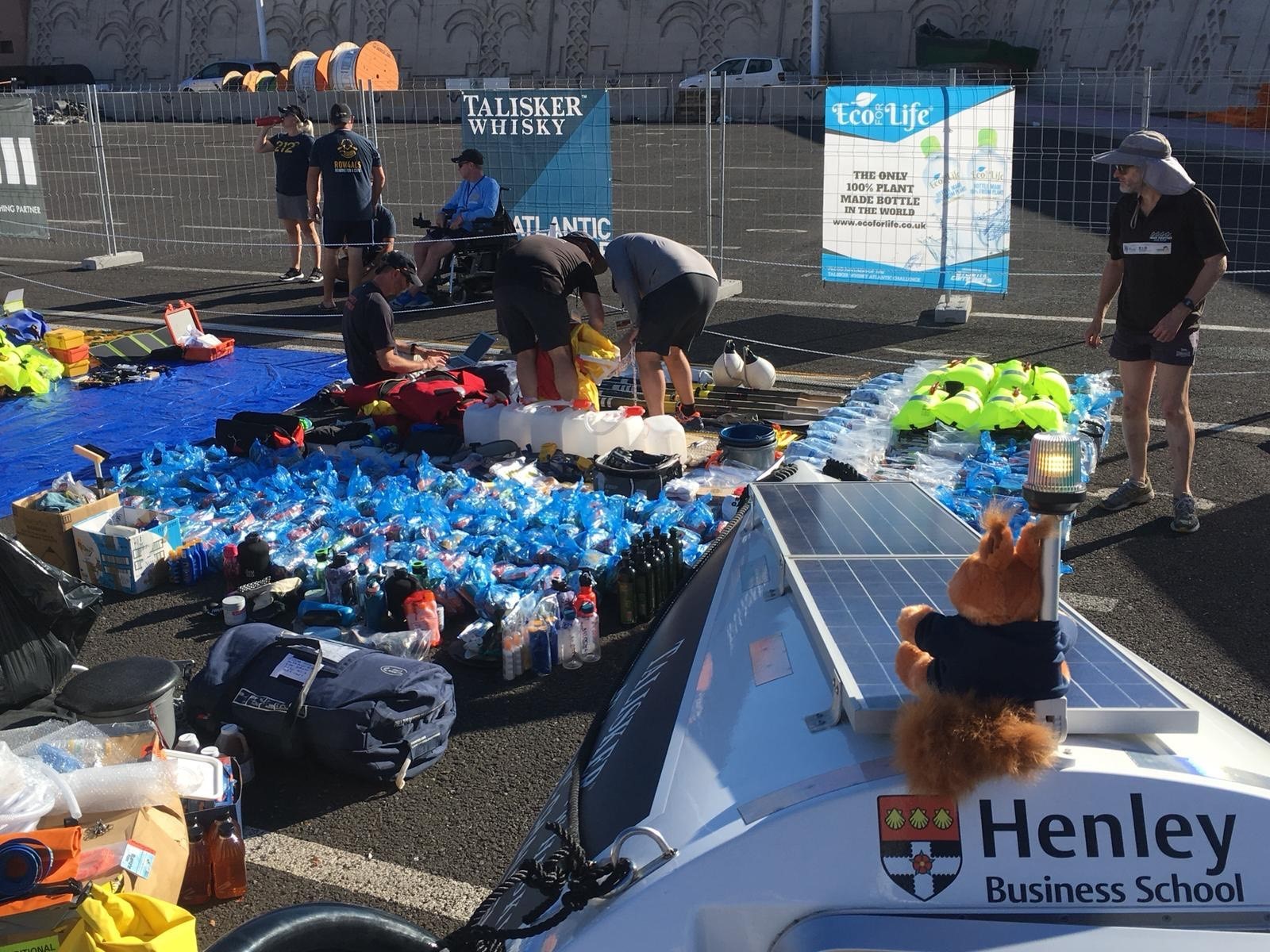 There is just one week to go until Heads Together and Row set off on the Talisker Whisky Atlantic Challenge 2018, and yesterday the team passed another important milestone on their journey.

Race safety officials carried out a full inspection of the equipment and supplies the team will carry with them during their 3,000-mile ocean row, and confirmed that they are ready to take part.

This will all be packed on to Trilogy, their boat, which can then be launched from the marina in La Gomera where the race is due to start on Wednesday 12 December. 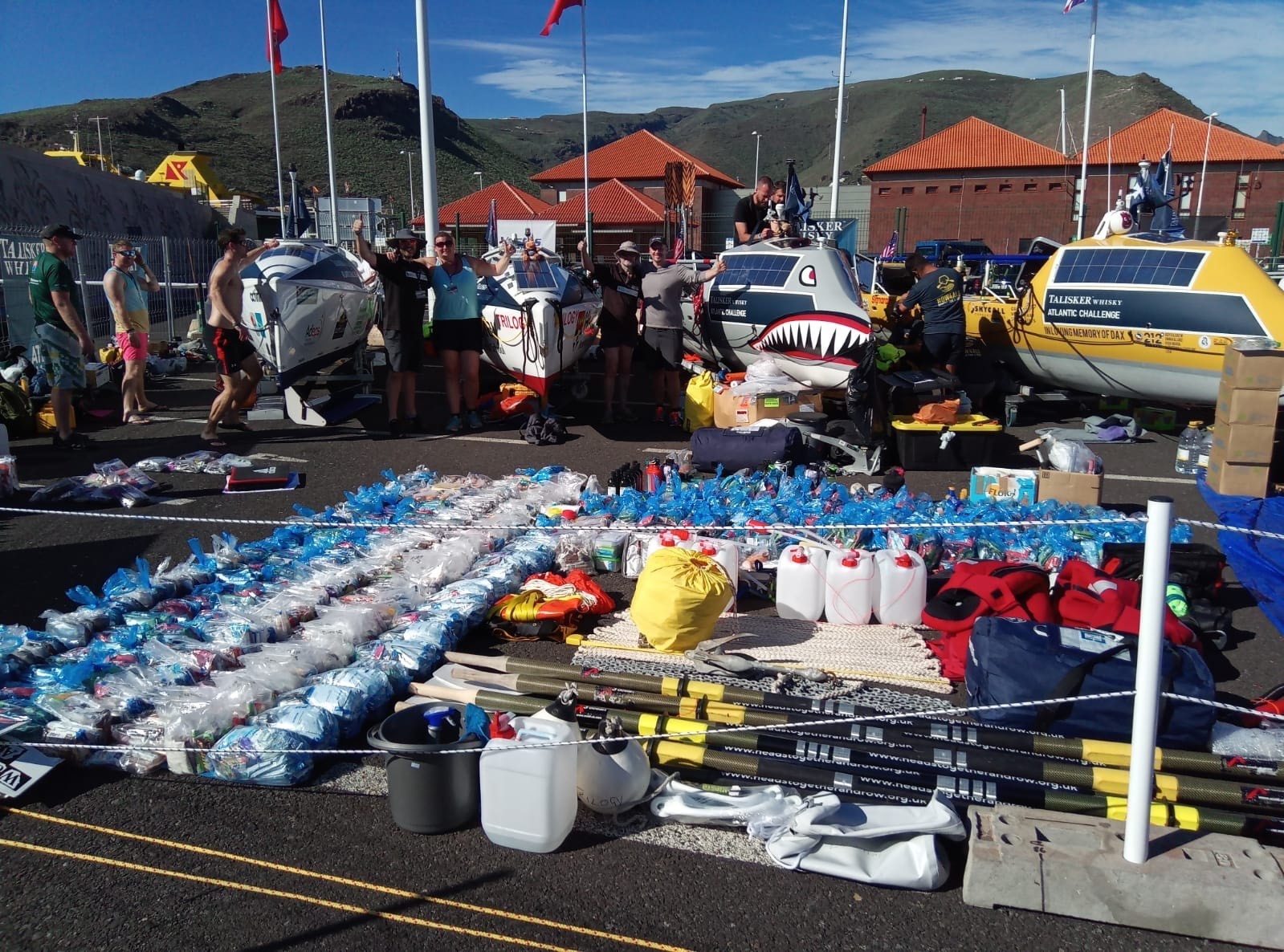 Heads Together and Row celebrate in La Gomera after passing their kit inspection.

What's in the boat?

Skipper Toby has given us a video tour of all the supplies and equipment the crew will be carrying on board the boat during the race. Below is a quick explanation of some of the items they are taking.

Food: The team have packaged up enough for 60 days on board – while they are hoping to complete the race quicker than this, it means they won’t go hungry should anything delay their arrival in Antigua. Their rations include instant meals like carbonara and hot pot (cooked on portable stoves).

Water containers: Enough storage for 60 litres, which the team will top up using an on-board water maker which turns ocean water into drinking water. Rowing in temperatures which could reach 40 degrees means it is vital they remain hydrated at all times.

GPS and VHF: The boat’s Global Positioning System is a satellite navigation device used to determine their position, while the Very High Frequency radio means they can keep in contact with race support crews for updates and in case of emergency.

Satellite phones and BGAN: To keep in touch with the outside world. These will allow the team to communicate with family and friends back at home, and to send emails, photos and videos back to us here on land so we can keep you updated on their progress.

Bilge pump: A water pump used to remove bilge water from the bottom of the boat.

Anchor, para-anchor and drogues: Sea anchors don’t tether the boat to the sea bed (the Atlantic has an average depth of more than 3,000 metres); instead they open out like a parachute, stabilising the boat by increasing drag.

Wet weather gear and survival suits: While the weather is likely to be hot and sunny during the race, there is a chance the team could encounter stormy weather and will need to put on waterproof gear. Fingers crossed the team won’t need the suits, but they are designed to protect them from hypothermia should they need to abandon the boat.

Grab bag: An easily accessible and transportable bag containing items the team would need if they are forced to move to the life raft. It includes essentials such as seasickness tablets, a first aid kit and…Snickers bars.