Heads Together and Row - Mental Health at Work 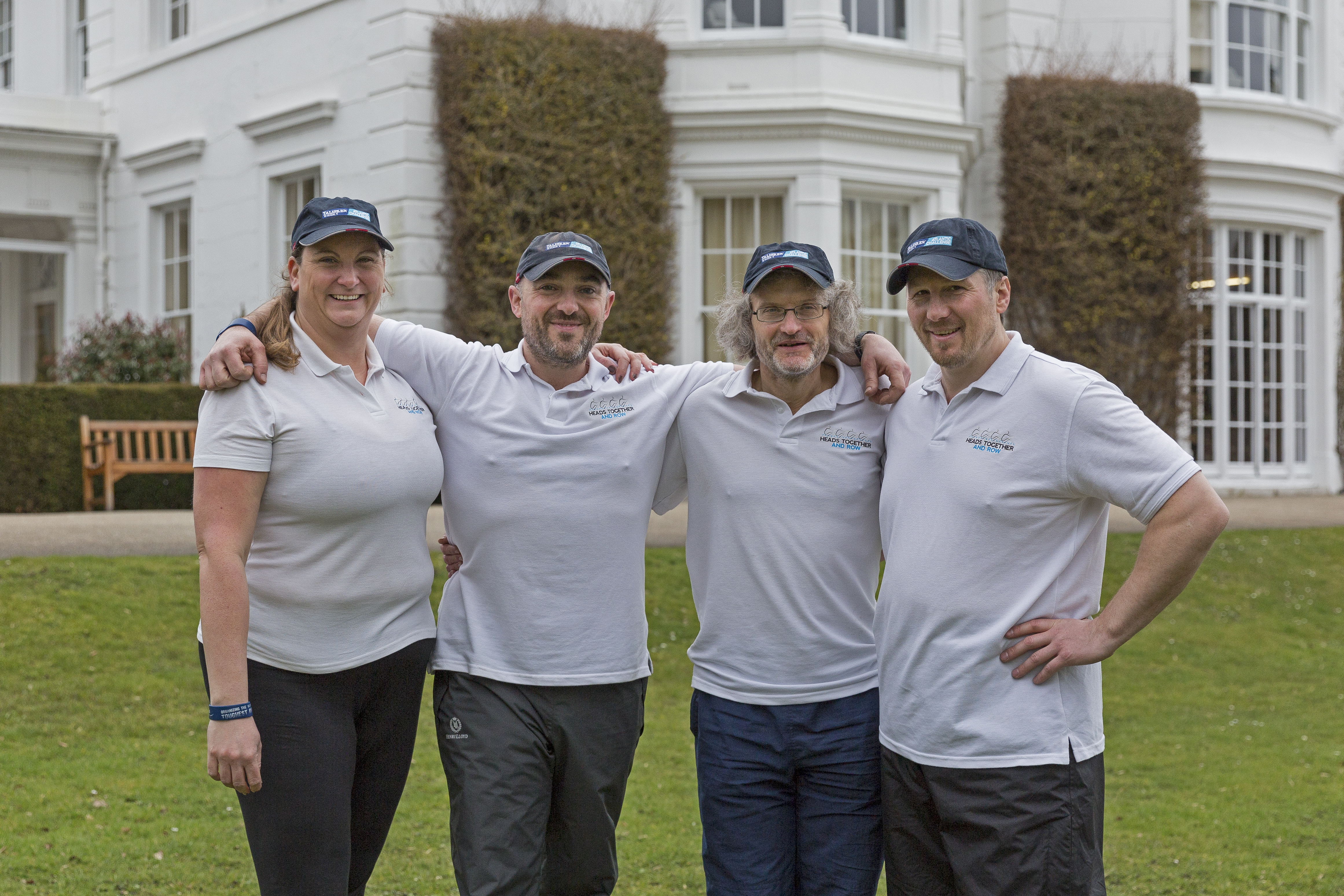 Today the Heads Together campaign and charity Mind have launched ‘Mental Health at Work’, a new website featuring information and resources aimed at helping people get to grips with workplace mental health.

The initiative, backed by Prince William, the Duke of Cambridge, includes documents, videos, podcasts and more which can be searched and downloaded. According to Heads Together, 48% of us have experienced a mental health problem in our current job, and 1 in 4 of us are struggling with these problems in silence.

Here at Henley we are proud to be the headline partner for Heads Together and Row, a team of four who will take part in the Talisker Whisky Atlantic Challenge and row 3,000 miles across the ocean in aid of the Heads Together campaign. The team will also be the focus of research into individual and team resilience, led by Dr Caroline Rook.

Below are a few words from each of the team explaining why they have chosen to support mental health charities. You can watch a video introduction to the Heads Together and Row project here.

Toby Gould works for London Fire Brigade. He said: “I believe the conversation around mental health is changing and people generally recognise the potential for those who witness traumatic events as part of their work to suffer adverse emotional reactions. I work in a challenging field but not on what most people would think of as the ‘front line’. Nonetheless I’ve had my own experiences over the years where I’ve suffered in silence in the workplace. At the time, being open about it with colleagues only crossed my mind as a negative and terrifying thought. Looking back I wish I’d been more honest with myself and others, and I believe this would have been beneficial for my mental health.

“My own experiences have been relatively minor and I’ve seen close friends and family go through far more significant challenges with their mental health in the workplace, in some cases with truly career changing results. The conclusion I’ve reached is that mental health can affect anyone at anytime as a result of stresses in our personal or professional lives. The challenges of life will always be there, but the more we feel able to talk about it, the better we can help ourselves and those around us.”

Alison Wannell, 40, has rowed on and off since university. She said: “It is crucial that if people need help, not only should it be available, but they should feel confident and able to get it. Why would you want to make someone who already feels anxious and alone feel afraid to speak out for fear of what people may think or how they may react?

“Particularly in my 20s, I struggled. I’m aware there are some people close to me who may come across this blog who do not know that – although it was probably obvious! I’ve felt desperate at times and very alone despite having lots of lovely people around me. I’ve felt low to the extent it looked like I was in a really bad mood. I wasn’t, but at the same time, neither could I just ‘cheer up’! I made drastic changes in my life to see if that helped; I’ve wandered around Australia alone for two months, changed career and lived in the Caribbean. All fantastic changes but they weren’t the solution to what I suppose is a muddle of the wiring in my brain.

Because I’ve been able to talk about it when out with my friends, I’ve got through it. Although I may still have the odd ‘down’ day, I’m fine. Sport has also played a big part in that and rowing in particular, which I started at university. I like to have a project or a focus and this Atlantic Challenge is definitely that. I’m not doing this because it’s the latest ‘drastic change’ I want to make, but rather because I now know I can do it.”

Justin Coleman is a stand-up comedian. He said: “I know how hard it can be to open up. I had my first experience of mental health issues in the mid 90s, when I worked myself in to a breakdown. The NHS did what they could but the five counselling sessions I was granted merely served to open up old wounds rather than cauterise them.

“At the time I didn’t tell anyone. The stigma surrounding mental health was even worse in the 90s than it is now, and I felt ashamed of my illness. I had bouts of depression over the next fifteen years or so, and went through some dark times. Talking about it to a wider world, however, was an absolute no no.

“So what’s changed? I now work in the comedy industry, which is rife with mental health issues. I’ve seen several of my colleagues struck down with depression, a few have attempted suicide, and almost invariably the first time you’re aware there’s a problem is after it’s happened. And I know that that was me. I didn’t talk to someone until it was almost too late. Talking about mental health is an incredibly difficult thing to do. There is still a stigma attached to it and in this fiercely competitive world no one wants to show any signs of weakness. And of course the time when you need help most is the time you least feel like asking for it.

Jeremy Reynolds spent seven years in the British Army. He said: “Having spent several years in the Army, early on I appreciated the need to provide support to those who have had harrowing experiences on operations. But of course you don’t need to wear a military (or emergency) uniform to find yourself in circumstances that are shocking and necessitate a person needing a bit of help to manage and move on.

“All walks of life have potential to, and often do, involve such difficult times. I don’t think that’s a groundbreaking point of view. But I have learnt that good mental health is a much wider conversation than that. As the years go past and particularly as a result of being part of this Heads Together and Row campaign, I have become much more aware of friends, colleagues, and indeed myself, who occasionally struggle with the daily grind of life. It doesn’t need a harrowing experience for any one of us to have moments when it is all a bit too much.

“The mind, and living itself, is an incredibly complex thing, and it should be no surprise that sometimes we all just need a little help to work things through. Unfortunately, we often don’t accept this simple truth and individuals regularly suffer in silence. And therefore we all aspire to create a society that makes asking and getting help the norm, and my hope is our Heads Together and Row campaign goes some small way to supporting this.”