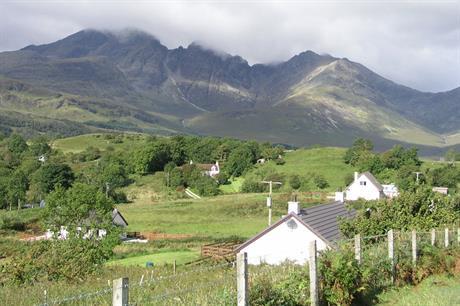 A report on Scottish land and property tax reform by a team of researchers from Real Estate & Planning has been published today.

The report, commissioned by the Scottish Land Commission, examines the merit of introducing a land value tax in Scotland.

The team which comprises Drs Cathy Hughes and Edward Shepherd and Professors Sarah Sayce and Pete Wyatt from REP, with external consultant Billy McCluskey, argues that there is scope for reform of existing land and property taxation.They also identify a number of practical issues that would need to be resolved before any land value tax system could be introduced.

“This report provides a good evidence base for us to engage widely on the potential role land value taxation could play in making more of Scotland’s land. The research suggests land value tax could contribute to addressing key land reform objectives, including bringing vacant and derelict sites into use, reinvesting rising land values to public benefit and moving to a more diverse and productive pattern of land ownership.

“While the theoretical case for land value tax is strong, this research focused on international experience in implementing land value tax and it provides useful lessons on both the policy approach and practical issues that need to be considered.