Side business is big business 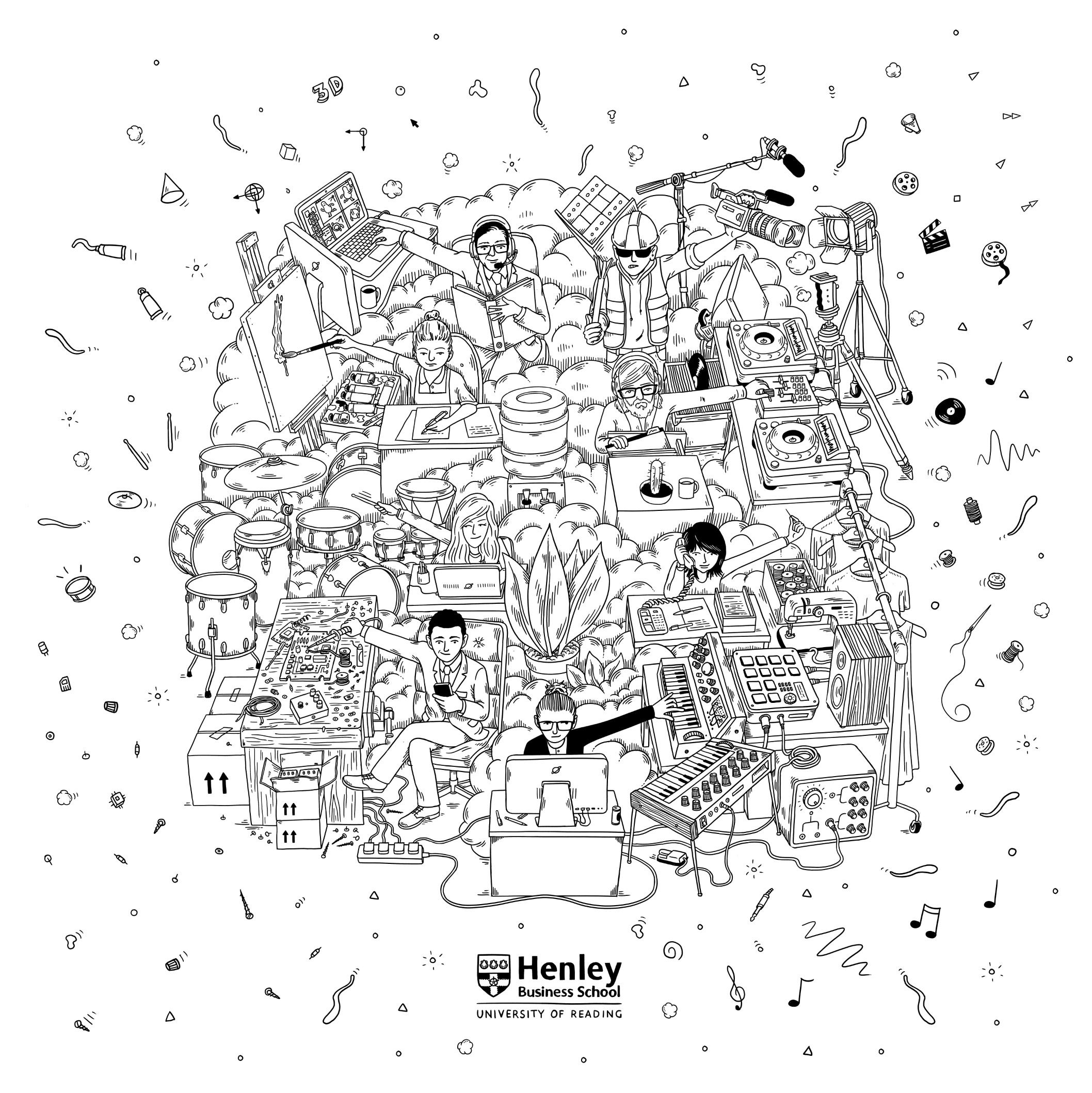 Academics at Henley Business School have revealed a growing trend in ‘side hustles’ which shows an incredible 1 in 4 people in the UK are running at least one business project alongside their main day job, contributing an estimated £72 BILLION to the UK economy.

Henley has today published a white paper on the emerging side hustle economy. Its study of over 500 business leaders and 1,100 UK adults found the trend, an import from New York and Silicon Valley, is now happening at an unprecedented pace across the UK.

A side hustle is a secondary business or job that brings in, or has potential to bring in, extra income. 73% of people who start a side hustle do so to follow a passion or explore a new challenge, but there are financial benefits too, with side businesses contributing 20% to side hustlers’ income.

Despite a quarter of these side hustlers working a 50-hour week - almost 13 hours more than the average UK worker* - they report feeling happier and more content in their main role and as many as 69% said side hustles make life feel more interesting.

Side-hustling is currently more common among men than among women (30% men, 21% women), however women are catching up, with over 62% of side-hustling women having started up in the past two years (versus 48% among side-hustling men).

Henley says one of the reasons for this increasing trend could be a result of a shift in millennial attitudes towards work and advances in technology, which makes it easier for people to run a business from their phone. Its growth is exponential, with the study revealing that over half (53%) of the UK’s side businesses were only created in the last two years. What’s more, Henley anticipates that by 2030 the number of people with side hustles could increase to 50% of the UK population.

Despite its undeniable contribution to the UK economy – approximately 3.6% to the UK’s GDP – the burgeoning side hustle economy prompts an interesting debate among the business community.

The study shows a number of UK businesses have not woken up to seeing the side hustle as a positive which can boost employee skillsets, aid innovation and build on contact networks. As many as 54% of business leaders remain ambivalent about the benefits to business and over half have no formal policy around it.

According to Henley this complacency could cost UK businesses £340 million a year** , if top talent leave to pursue jobs with more supportive, flexible employers.

“With 25% of adults side-hustling today, there is no way back. Those who have the appetite and confidence to go it all alone as an entrepreneur, will not let the chance slip. We can expect growth in side-hustling, possibly even doubling, in the next ten years, especially if Human Resources in organisations makes side-hustling an element of its toolkit and facilitates outside and internal side hustles as instruments for purpose, rewards and innovation.”

“A side hustle gives people a sense of control over their own careers, rather than give all the power of a career to a company. One reason that people are more at ease with a side hustle than in previous times is the increase in ‘uncertainty’ in the workplace, which makes people create their own path and not rely on a workplace to give regular income and career growth. Companies that used to offer steady ‘life-long’ careers are no longer offering a security that previous generations experienced.”

Henley has set out a number of recommendations in its white paper to help businesses navigate the new economy. These include advising businesses to set up a formal policy on side-hustling within employment contracts and encouraging honest dialogue between employer and employee.

The business school has gathered opinion from side hustle experts from all corners of the business world, including HR directors, campaigners and side hustlers:

Danny Harmer, Chief People Officer at Metro Bank and former Director of HR at Barclays, is a leading specialist on workplace culture and has a number of side hustlers within her organisation. She says:

“We are supportive of people who have interests outside of their role and/or may want to work flexibly, and this almost certainly helps colleagues to develop other transferable skills too.

For us, it’s important to consider the whole person. Colleagues who are happier both in and outside work are going to look after our customers and each other better, and ultimately that’s good for everyone. Managing the complexity can present some challenges, for example getting the whole team together for meetings, but you just have to work with people to find smart solutions. Of course we also need people to dedicate sufficient time to their job with us to maintain their competence. It’s simply about having sensible conversations and helping people not to overstretch themselves.”

“Taking on a side hustle isn’t always easy; it takes preparation, thick skin, ideas and commitment enough to execute them. Prepare for rejection, and to get things wrong. If I stopped at the first ‘no’ I got or gave up after making the many mistakes I have along the way I’d be nowhere now.”

Emma Jones MBE, Founder of Enterprise Nation, an organisation which has helped thousands of people start their own businesses, says:

“Since writing the book ‘Working 5 to 9’ back in 2010, the number of people starting a business alongside a day job, studies, or caring, has continued to rocket. I maintain that it’s a great way to start as you give yourself time to build confidence and cash flow in the business. What must develop alongside this movement is the infrastructure to deliver business support to this group of fledgling entrepreneurs, such as access to 24/7 trusted advice, and multiple evening and weekend events so part-time business owners can access the skills and support they need to go full time, if that’s the aim. The economy will benefit as a result.”

Henley hosted a panel debate and discussion with Danny Harmer, Professor Green, Emma Jones MBE and Professor Bernd Vogel on the side hustle economy; for highlights on this and more information visit the Side Hustle Hub.

*According to ONS, Brits on average work 36.9 hours a week

**Please refer to p.13 in the white paper for rational and methodology