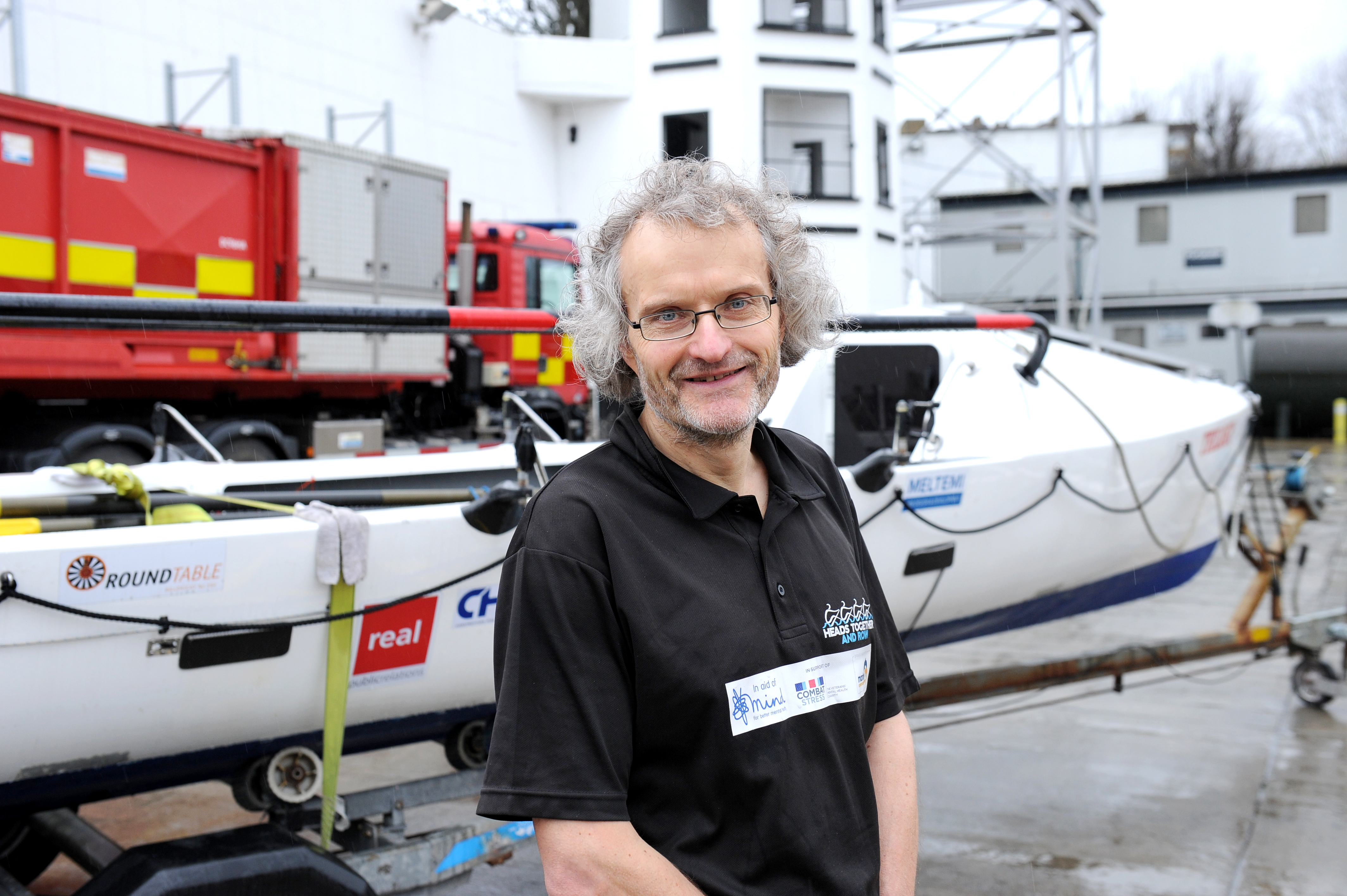 'We need to remove the stigma'

To mark Mental Health Awareness Week, we have been telling you more about the Heads Together and Row crew, who will be taking part in the Talisker Whisky Atlantic Challenge in support of the Heads Together campaign. In this blog post, crew member Justin Coleman describes his own experiences of mental health issues and why it’s important to talk.

I had my first experience of mental health issues in the 1990s, when I worked myself in to a depression.

As a man I naturally ignored the signs – increasingly isolating myself, not sleeping, lack of appetite – but when I began to cry in public for no obvious reason, something had to be done.

At the time I didn’t know what I had. And it certainly couldn’t be depression. ‘Being down’ wasn’t a thing in my family. We just kept on going, no matter how much life was tearing us up on the inside. The GP knew better and promptly put me on to anti-depressants and counselling. The medication was superb, the counselling, less so. I was granted five sessions, just enough time to open up the scars.

With time, however, I gradually came back to life. I certainly didn’t battle depression constantly, but it was always in the background. Regular sessions of CBT (cognitive behavioural therapy) were a huge help, and I learned to recognise the early symptoms and be kinder to myself.

Through all that time, however, I told barely a soul. I was ashamed. And scared of how others would react.

In 2003, I made my first attempt at an ocean row. It was by any standards a disaster, and I vowed never to step on a boat again. More importantly, it brought back some dark times, but with good NHS support, and more CBT, I got back to a (mostly) good place.

By 2010 I was working in comedy. Anecdotal evidence suggests that mental illness is rife in the industry, and I’ve seen several of my colleagues struck down with depression: a few have attempted suicide. Against that, many comedians are much more open about their mental health struggles than other sectors of society and, very slowly, I learned to open up about my own issues.

2014 was my darkest time. I broke a hip in 2013 and nearly died due to complications. As I was recovering, the doctors told me I’d never cycle or run again. I’d always been very fit, almost believed myself to be immortal, was I now facing middle age as a couch potato? That summer, I took a show to Edinburgh. But when the time came, I didn’t want to go. My hip still wasn’t right, certainly not strong enough to tackle Edinburgh’s hills for a month, I hated my show and how I saw my life panning out.

Edinburgh was as grim as I’d feared, but even then I was making plans to take on the Atlantic once again. Despite everything, it turns out that rowing an ocean is an itch that won’t go away.

In 2015 I rowed Ibiza to Barcelona, to see if I still had the desire, and apparently the answer was yes, as I’m now part of Heads Together and Row, a four person team tackling the crossing this December. I want to use the row not just to raise money for Mind and Combat Stress, but also to encourage others to talk about their issues and get help before it’s too late.

We need to remove the stigma surrounding mental health, and the more of us that talk it, the easier that will be.

If you are looking for mental health support, you can find out more about what is available to you by talking to one of the Heads Together campaign’s charity partners.