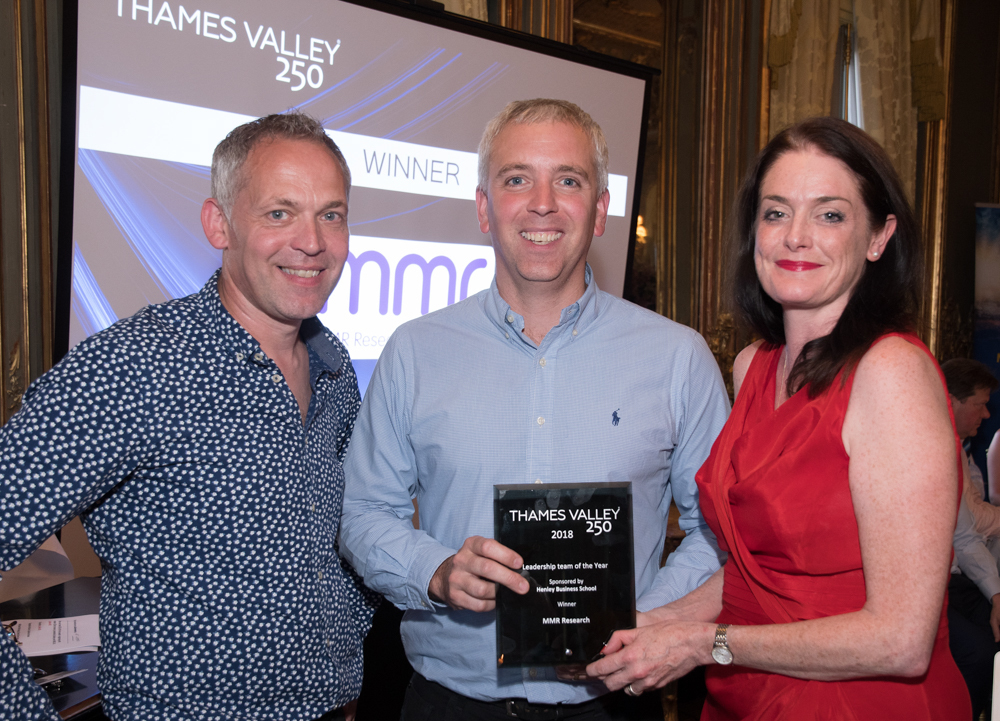 As one of five sponsors, Henley Business School attended to celebrate the region’s business successes and present the Leadership Team of the Year award, which was won by MMR Research.

This year’s listing saw IT products supplier Westcoast overtake Thames Water for the number one spot, a major achievement for a home-grown Thames Valley company.

The full listing is available at: businessmag.co.uk/tv250.

With combined sales of over £20 billion, TV250 businesses make a significant contribution to the national economy.

David Murray, publisher of The Business Magazine and the TV250, noted: “One interesting statistic that came out last year was that the economy of the greater Thames Valley actually dwarfs the economies of the so-called powerhouses like Greater Birmingham and Greater Manchester.”

Although not a fully-fledged awards ceremony, the dinner was an opportunity to recognise the achievements of some star performers in the TV250.