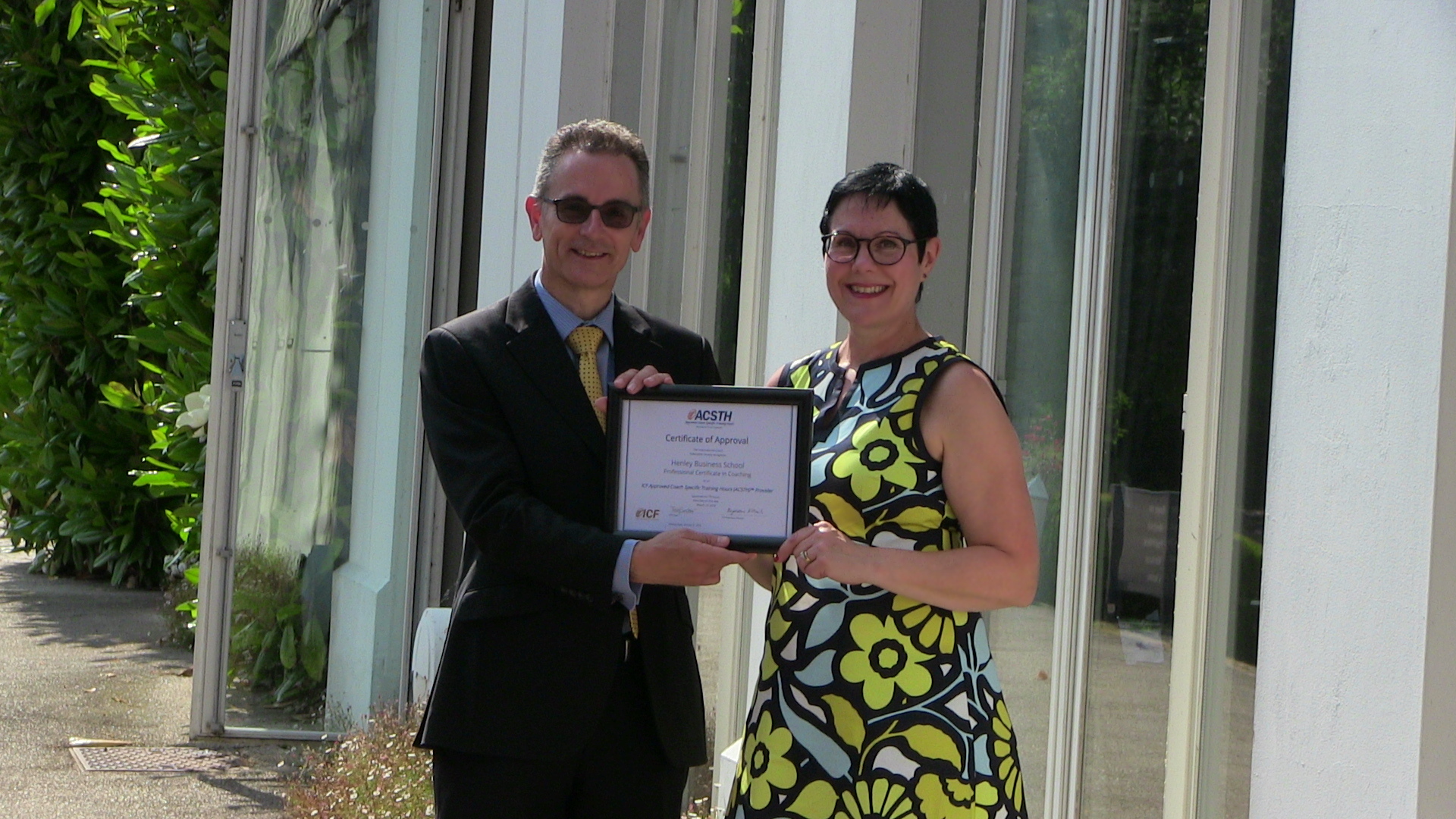 Henley Business School is delighted to announce that the Henley Centre for Coaching and Behavioural Change has received triple accreditation in recognition of its consistently high standard of teaching.

As well as being recognised by the Association of Coaching, Henley has this month been awarded by the International Coaching Federation (ICF) and the European Mentoring and Coaching Council (EMCC).

Since becoming the first triple-accredited Business School to introduce coaching accreditation back in 2004, more than 2,500 managers from across the world have completed or are completing a Henley coaching programme.

As well as providing a vibrant learning community where coaches can network, collaborate and share ideas, Henley delivers innovative projects which showcase its standing as a global leading centre.

Examples of these include:

“This is a great outcome for our students and provides them with the opportunity to further their careers through adding to the coaching qualification.”