Director in Practice of The Henley Forum 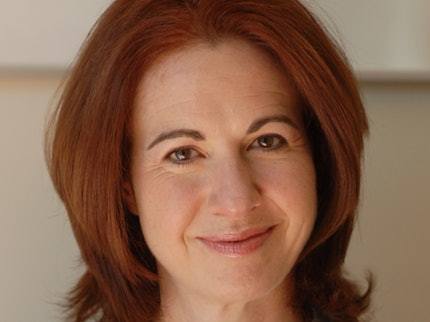 Dr Sharon Varney is Director of the Henley Forum for Organisational Learning and Knowledge Strategies. She is a specialist and runs her own consultancy in developing organisations and people.

Sharon developed her leadership and change expertise working internationally as a senior manager in large, complex organisations. She was group head of learning and communications in a global oil and gas business. Previously she was Vice President for international learning and development at a US bank. Her consulting work focuses on leadership and organisational development, and spans across the private, public and not for profit sectors.

Sharon’s research takes a complexity science perspective on organisational change and its leadership. Her doctoral research at the University of Reading explored the complex dynamics of organisational change and the role of change leaders within it. It was chosen, by the editorial team of Leadership and Organisation Development Journal, as a Highly Commended Award winner of the 2013 Emerald/EFMD Outstanding Doctoral Research Awards in the Leadership and Organisation Development category.

As a scholar-practitioner working in the organisational change and development field, Sharon is committed to bridging the worlds of academia and practice. Her practice is informed by research and her research is informed by, and ultimately in service of, advancing practice. Over the past ten years, Sharon has conducted a range of research projects on Organisation Development topics such as partnering for change, organisational trust, organisation design and development, and learning and employee engagement. She is a regular conference speaker on Organisation Development topics.

Director of the Henley Forum for Organisational Learning and Knowledge Strategies

Varney, S (2015), ‘Organisational change: finding your way as you journey into the unknown’, HRin a disordered world: IES Perspectives on HR 2015, The Institute for Employment Studies, Brighton

Varney, S (2011), ‘Restructuring and transitioning in a complex world’, IES Annual Review of HR Year Ahead 2011, The Institute for Employment Studies, Brighton

Varney, Sharon (2015), Business Express - Inspire your team to change: Getting your team to think and act differently, Pearson, Harlow

Varney, Sharon (2015), Business Express - Inspire your team to change: Getting your team to think and act differently, Pearson, Harlow