Heads Together and Row: Day 15 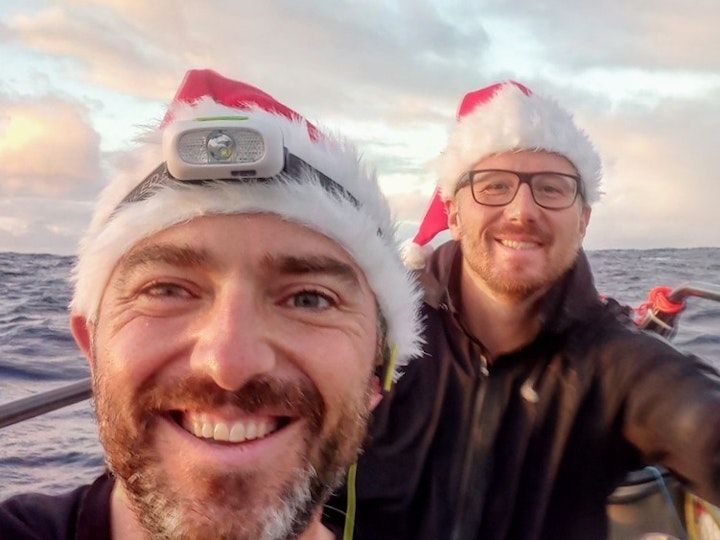 As you will have seen from yesterday’s update, Heads Together and Row are back on the oars again after a rather windy Sunday night and Christmas Eve meant they had to deploy the para anchor temporarily. Justin sent us a message on Christmas Eve (transmission was delayed slightly due to the bad weather) which explains why they took the decision to put the anchor down and what they got up to on the night before Christmas:

“Ocean rowing boats aren't designed to be rowed into the wind. We know this from many hours battling gusts and currents in the Solent. It didn't stop us trying though.

Three hours spent making one knot an hour were followed by an hour where we made all of one tenth of a mile. At which point we decided to call it a night and go on to the para anchor.

On the one hand this is lovely. We got to catch up on our sleep, clean the boat, which after twelve days and nights is getting a little whiffy, and have a little relax.

On the other hand it is more than a tad frustrating. We are here to row and we can't. Or we can but it would be pointless.

So if anyone would like to give us Antigua facing winds as a Christmas present, or has a weather god who owes them a favour, please let us know!

Happily Father Christmas granted their wishes and the rowers awoke on Christmas morning to much more favourable weather conditions which enabled them to take up the oars once more.