Negotiation skills for those not involved in Brexit negotiations!

According to Peter Nelson

As the Brexit talks move into a new phase, Peter Nelson, Programme Director on Henley’s Influence & Impact programme, has been assessing the fundamental elements of good negotiation skills.

‘There’s no doubt that the Brexit negotiations are incredibly complex, and without knowing the ins and outs, it’s impossible to say what our tactics are, or should be.

For those involved in commercial environments, the ability to negotiate effectively is paramount, and there are a number of techniques that will help you to achieve the most advantageous outcomes for you and/or your organisation,’ says Peter. 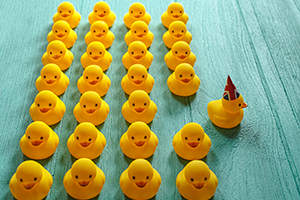 First and foremost, you must do your homework and know as much about the other party and the market as possible.

Most books advocate a win-win strategy. In reality there are occasions when this is simply not possible.

Peter also emphasises the need to understand what can be negotiated, and what cannot.

‘There’s no point in endlessly trying to get agreement on something which is non-negotiable for the other side. It will only cause delays and resentment, and is ultimately unproductive. So establish what is negotiable, and know how far you are prepared to go before walking away.’

An approach that Peter strongly advocates is that involving counter proposals.

‘Rather than simply trying to bat proposals backwards and forwards, it is often useful to suggest conditional bargaining, in which one concession is made in return for a balancing offer. Using “if…” can be very effective. For example, “If I’m prepared to offer X, would you be willing to do Y?” can be productive, because it acknowledges the right of both parties to make gains and therefore not lose face. It’s a technique used by parents and children all the time, but sometimes forgotten in commercial negotiations.

‘It’s important not to be too aggressive or gung-ho when negotiating. Bullying behaviour can, on occasions, be an effective approach, but this is the exception rather than the rule. It also kicks off the self-explanatory revenge cycle. If, instead, you can establish the potential movements that could lead to an agreement, you can move towards it constructively.’

Empathising with your adversary from the beginning can be vital, and this can only happen if you can understand their issues, motivations, aims, attitudes and the politics. Without this ability to consider the opposition’s viewpoint, the risk of souring the relationship and possibly ending up with a no-deal situation is significantly increased. We call it aggressive naivety.’

‘Taking a position such as: “I suspect that one of your biggest concerns might be the impact of this on X. If we could help minimise this impact would that…..?” can disarm the other party, avoid conflict and demonstrate your own constructive approach,’ says Peter. ‘It’s important to acknowledge their position, and this will often help you to connect in a positive way.’

The effectiveness of this philosophy can be further enhanced by what Peter calls ‘bundling’, in which two or more demands can be linked, and this is especially useful where you know you have a ‘weak card’. Bundling it with a strong card may enable you to succeed with the weaker card to a degree that would not be possible without bundling it together with the stronger negotiating element.

Peter also believes that being aware of deadlines plays a major role in negotiations; taking account of the various legal, political and logistical deadlines can be highly advantageous in applying pressure at the right times and strengthening your own corner.

People who perform exceptionally in negotiations tend to have very perceptive business judgement, they have highly refined people skills, and never underestimate the value of humour. ‘It’s important that the humour should never be flippant or undermine any serious issues that may be at stake, but at the right time, lightening the mood can relieve the pressure and remind all parties that life will go on!’

Find out more about the Influence & Impact programme

Can your company survive and thrive in today’s evolving business environment?

We are in an era of constant change. For businesses, the environment is evolving at a rapid pace. How can companies not only survive these challenging and volatile conditions but also look for opportunities to thrive?

Enterprise Architecture in the Digital Age - Why should companies care?