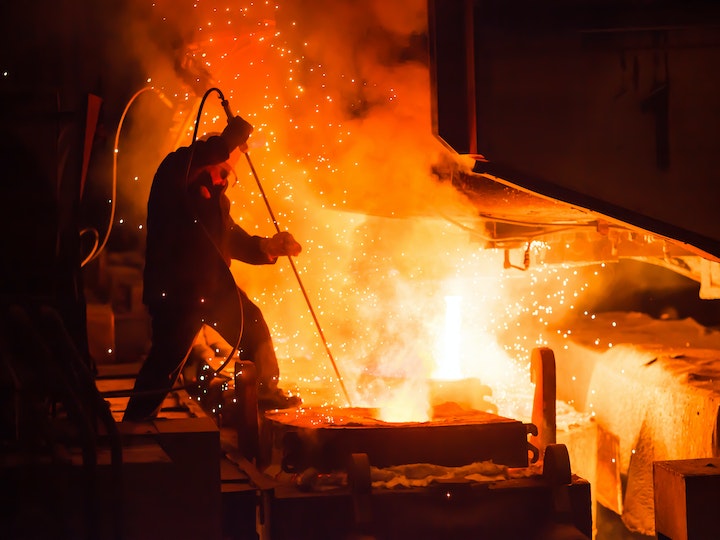 While steel was once a ‘local’ industry, with most steel used in industrialised countries being produced in the same country, today it is one of the most global of industries, with a high volume of exports from countries such as China, into the EU. Nonetheless, the EU does still manufacture steel and in particular speciality steels. However, a recent problem for all countries has been the falling price of steel, as demand falls short of supply as a result of China’s growth rate falling and a cut-back in China’s construction industry demand for steel.

While most newspapers and media reports focus on potential job losses, it is also necessary to look at the underlying cause of this sudden failure of British Steel, given that it produces high quality steel and has high productivity. The key factor has been Brexit. Much of its output was sold in Europe but with the uncertainty of Brexit and the consequent possibility of the imposition of tariffs, export customers have played safe and moved to other suppliers. Also once the UK was past the original deadline for Brexit, British Steel lost £120m worth of ‘carbon credits’ from the EU which it could use to offset the CO2 generated by its production process.

While it was these two immediate Brexit-related issues that led to its sudden demise, its longer term future was also uncertain under Brexit, particularly given the absence of any clear insight into what new bilateral or World Trade Organization or other trading arrangements there might be and by what date. In addition, in plants such as at Scunthorpe, there is always a need to invest heavily in innovation, process improvement and efficiency measures.

The EU is also requiring high energy-using industries to cut their CO2 emissions sharply and in addition, it may impose what are known as ‘carbon border adjustment taxes’ on countries that don’t keep to the same environmental standards as EU companies are required to do. Given the uncertainty over what environmental standards the UK government might impose, undertaking investment in this very uncertain environment of an unknown trading future for any company outside the EU, it was very unlikely that any private investor would take on the risk of process improvement and CO2 reduction.

As to what will happen, it may be that the government will put equity capital (not a loan) into the company but that is likely only if the current owners do likewise. Even if that happens, in a post-Brexit world, the degree of uncertainty that Brexit has generated for companies such as British Steel greatly reduces the chances of long-term survival.