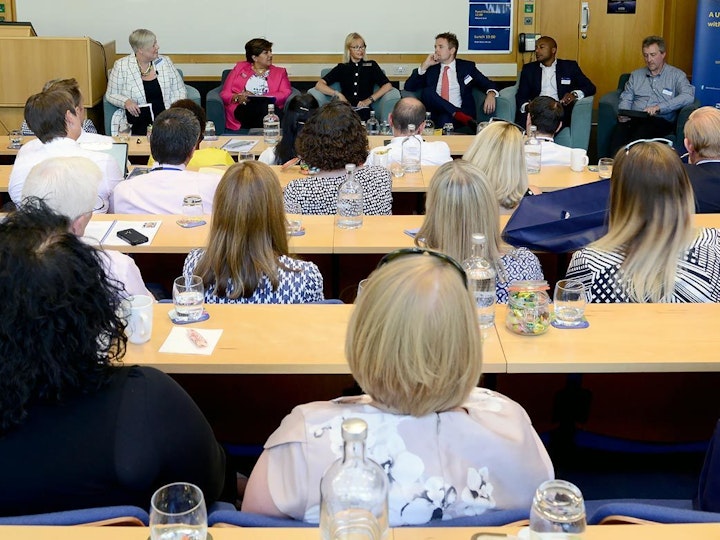 The morning's speakers at the Corporate Regatta were joined by Professor Claire Collins, Associate Professor of Leadership Development & Behaviour, and James Uffindell, CEO of Bright Network for audience questions, with Jacqueline Davies, former HR Director at the FCA, in the chair.

Much of the debate focused on the need for organisations to go beyond merely ticking boxes.

For lots of companies, recruitment is still based on ‘more of the same’ – the outdated notion that there is a culture which everyone in the organisation accepts, and anyone else breaking into that environment would, at best, feel uncomfortable, and would, in all likelihood, be disruptive.

Whilst this conscious or unconscious bias prevails, the future of these companies looks bleak.

For other organisations, having a relatively high percentage of women, or an above-target representation of BAME employees might be a starting point, but, in itself, this is unlikely to generate business performance improvements, and almost certainly not in the short time.

In far too many cases, companies believe they must be seen to be doing the right thing without even realising what the right thing is. Recruiting a diverse workforce is futile unless the company has (or quickly develops) a culture that allows the different opinions, attitudes and approaches to influence the overall picture.

Often, the box-ticking exercise results in the recruitment of people from different genders, races or ages who nevertheless still fit in with the general company ethos, and therefore offer no variation in the cognitive diversity of the organisation as a whole.

So if the thinking remains the same, then the same behaviours – and the same outcomes – will follow. The fear of change, the spectre of disruption, and the prospect of a short-term performance dip is just too much for an alarming number of companies.

It may be true that introducing new approaches will create differences of opinion, debate and even conflict at first, but it is this very thing that sparks innovation, change and improvement in the longer term, and subsequent improvements in margin, market share and value.

Even if a company does employ a far more diverse group of thinkers, it still has to allow those influences to flourish, so creating an environment in which both the newcomers and the existing teams feel secure enough to express their views, accept the possibility of new approaches, and have the backing to implement change.

Engendering this sense of belonging in new staff isn’t easy, but if it can be achieved, it will give those enlightened companies the best chance of benefitting from enhanced business performance ahead of their competitors.

And rather than focusing on simply increasing the numbers of representatives in any one group, the most switched on companies seem to be developing a clear statement of purpose that defines the impact they want to have on the world and their market, without reference to any boxes.

Too many are simply recruiting who they perceive as being the best person for the job, with no consideration for whether they are the right person to take the ensemble closer to being the best team.

It’s not easy in an uncertain and competitive marketplace, but great leaders look to the future and see the bigger picture.

And that might just be the best argument for having a strategic HR voice on your board, irrespective of their gender, colour, age or ability.

Great Leadership includes being yourself!

This is a precis of an article by Suzanne Pollack, Executive Fellow in Executive Education at Henley Business School

To see yourself as others see you – it’s rewarding, but can you take it?