Heads Together and Row: The Atlantic equivalent of the Scottish Play 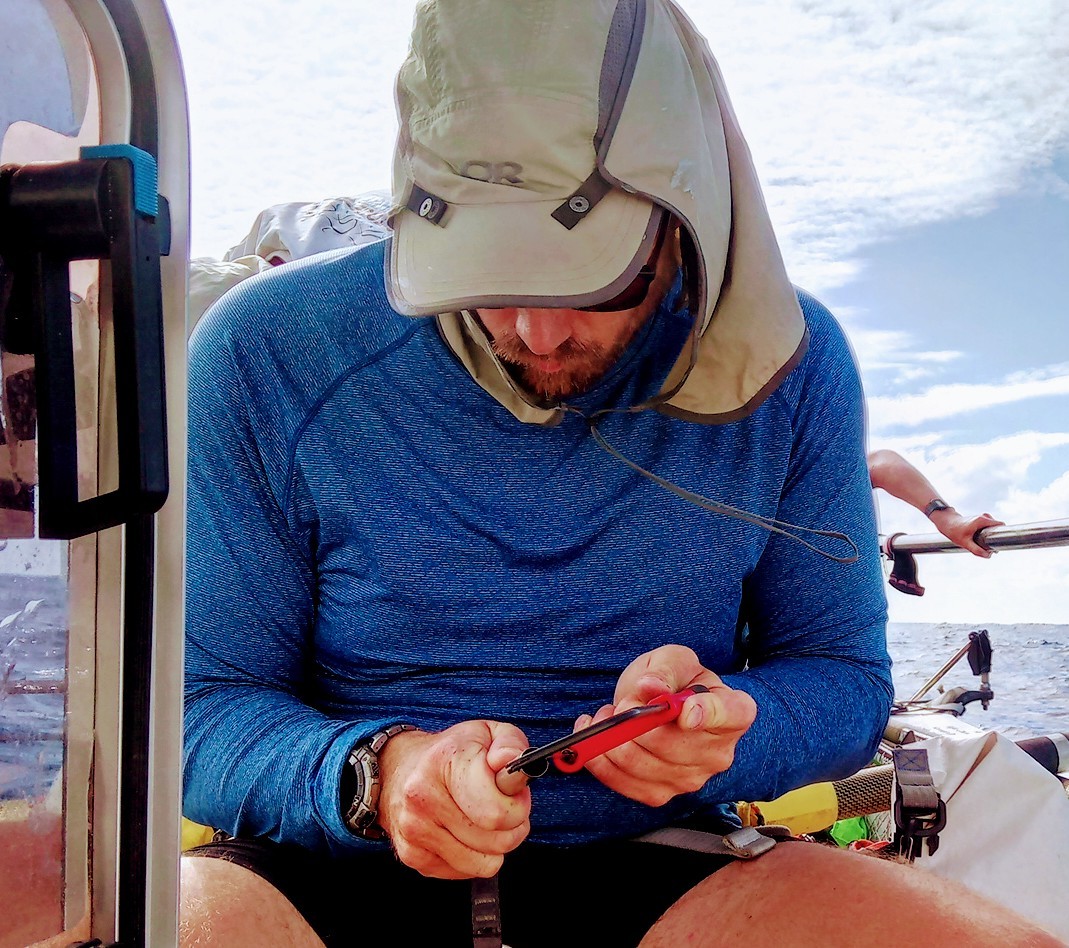 Day 22 at sea for Heads Together and Row, and in today’s blog post we’re doing a spot of on-board DIY.

Those of you who have been following our daily updates will know the team have been having some issues with the autohelm - the boat’s self-steering gear (see our posts from day 9 and day 20).

After battling these on and off since the first week of the race, they took drastic action on New Year’s Day in a bid to solve the problem.

How to fix a boat using a hacksaw, a selfie stick and a marker pen

The saga of the autohelm continues. It’s been a concern from week one and needed a lot of preventative TLC. Last week it tore through a cable that connects the motor inside the cabin to the array of metal bars that attach to the rudder outside. A temporary fix involving reinforced rubber hose and jubilee clips lasted two days before the core/inside of the cable was once again on the outside of its sheath, metal rods were in a strange pyramid formation, alarms were sounding and we were steering rapidly off course (as an aside this is a great experience to wake up to!).

The temp fix may sound simple but took a while to work out and was complicated by having to work on it out of the escape hatch, being hit by the odd friendly wave and dropping the odd bolt, nut or Allen key into the ocean! And we knew it wouldn’t last (or at least I did).

So on New Year’s Day it blew again. This time a stronger fix has been applied. We removed the whole system and brought it on deck to work on. This involved making a hole in the cabin wall which we made watertight again later. Like something off of the A-Team, Jez sacrificed the metal telescopic tube from his selfie stick and a bullet tip permanent marker. With the help of a junior hacksaw and more jubilee clips we’ve made a pretty strong repair and refitted it all.

As a quirk, the autohelm spends a few hours randomly changing direction after each repair but we talk nicely to it and as I write this we’ve had 20 hours of loyal service from it. I’m not sure if it will last another 20 hours. 20 days would seem hopelessly optimistic. But we are grateful for every hour we don’t have to twist our aged knee joints and bring on instant back pain by foot steering.

The Atlantic equivalent of the Scottish Play​

The tale of the autohelm has inspired Justin to write another of his poems from the ocean. Good job he’s got a phone to type it on as we hear someone’s borrowed his pen…

We have the Atlantic equivalent of the Scottish play on boat.

I’ll call it the direction helper to avoid the curse.

It is a brilliant bit of kit when it works, saving us hours of foot steer frustration and probably miles of inaccurate steering.

Trouble is, it’s an enigma.

After a few trouble-free weeks it has developed a mind of its own, much like Hal in 2001, and has decided it knows best when it comes to telling us where to go.

The Direction Helper’s nemesis is Toby. It’s a constant battle of wits and wills between the two to decide whether we end up visiting Antigua or looking at penguins.

At time of writing, Toby has the upper hand. Just. It’s a battle, however, I expect to continue all the way across.

Keep calm and carry on...

If the idea of Heads Together and Row deliberately drilling a hole into the side of their boat has put you on edge a little, Ali has sent us the perfect photo for calming your nerves.

Here is their ‘office view’ on New Year’s Day. 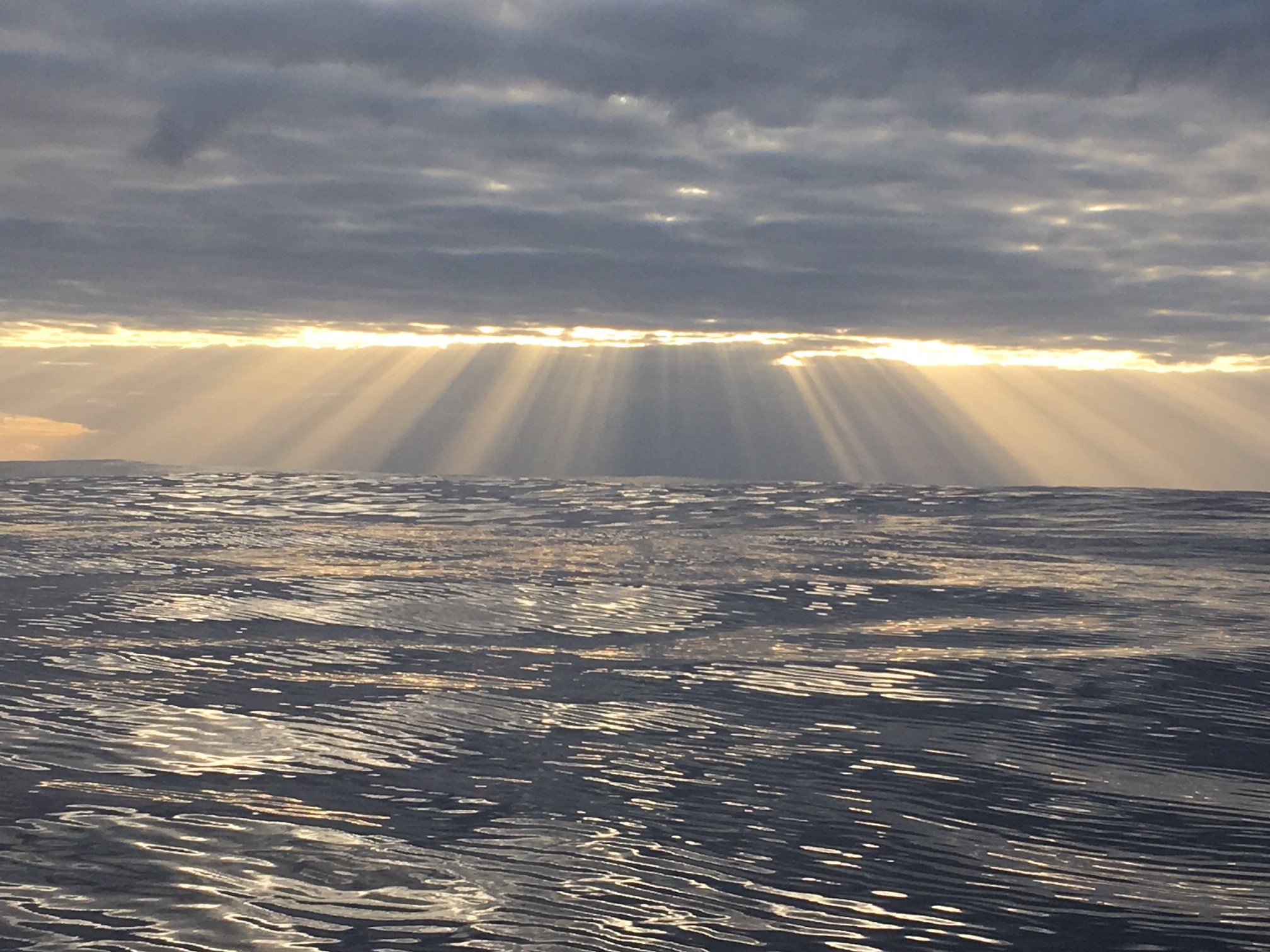