Heads Together and Row: Three things I've learned from three weeks at sea 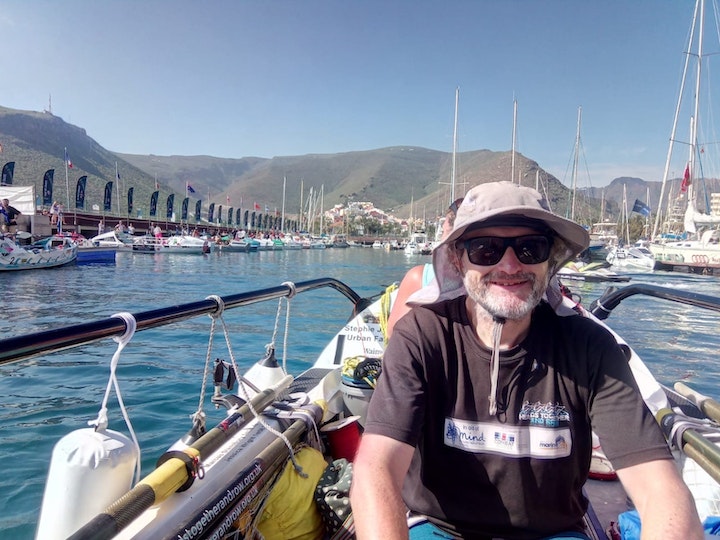 As of Wednesday 2 January:

"The fleet is now spread out by over 900 miles and everybody has less than 2,000 miles to go. After a difficult few days of para anchor, slow conditions and headwinds, the fleet were moving faster after Christmas, only to hit more light and variable conditions again including some headwinds. At the time of writing the front of the fleet are moving out of the slower conditions and those behind them are now passing through the difficult conditions. The further east and north, the worse it will feel. There is a feeling of frustration as conditions are not particularly fast. This is part of ocean rowing. Last year was incredibly fast and some crews were hoping for the same. What is important is not to sit and float when conditions are not fast but get on the oars and face the hard slog of rowing through treacle. Though speed records will not be broken, those that want to compete need to optimise performance and row. It is tough but that is what makes it such a challenge. There is still at least 2 weeks before the first boats arrive and everything can change in the finish order.

"In general the weather is looking better from the end of the week, although rear pack and more northerly boats will be more affected by further frontal disturbances of the trade winds."

On Heads Together and Row:

"32 miles in 24 hours. Distance from next boat 42 miles. Still battling with auto helm issues and a re-occurrence of seasickness, they maintain a good position. Great blog posts tell of wildlife and even watching the International Space Station pass by."

Following on from yesterday's update, here's what the safety officer had to say about technical issues:

"The fleet has the expected level of minor technical issues. Most common has been issues with the various types of auto helm. Useful but non-essential, the crews that have not practiced in-depth manual steering struggle at first but are now improving considerably. Problems occur when the units are overused and boats are being forced through conditions rather than following a longer, more weather-friendly route. Designed for yachts travelling at far faster speeds, auto helms struggle at lower speeds which is certainly what they get with ocean rowing."