Heads Together and Row: Don't blame it on the moonlight... 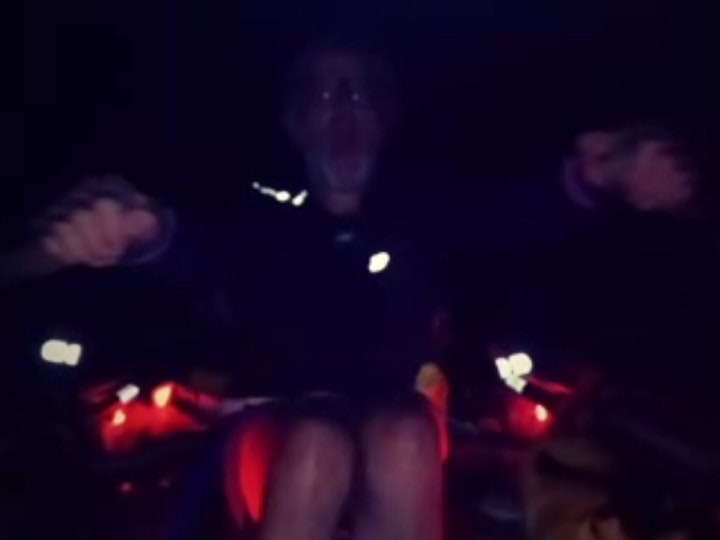 Wondering what it's like to row in the pitch black, in the middle of the Atlantic Ocean, without even the moon and the stars to guide you?

Throughout the Talisker Whisky Atlantic Challenge, Heads Together and Row have been spending night shifts on the oars as they continue in their bid to row 3,000 miles from the Canary Islands to Antigua.

Toby has previously written about how spectacular this can be when the solar system is on your side - in fact he described it as 'amazeballs' in his blog post over Christmas. However, for the past few nights the moon has disappeared, meaning the team have been rowing in the dark.

In his latest email, complete with video evidence, Toby said: "Thought you'd be interested in what 12 hours of darkness a night looks and feels like.

This is Justin explaining it perfectly on a calm and hard going night in the middle of the Atlantic...

"No moon for a few nights now. Looking forward to those brighter nights returning... The moon definitely comes around again, right?!!

I really miss those moonlit nights. Or to put it another way, I really dislike the pitch black nights, like rowing in a wet ghost train while feeling ill due to the lack of horizon!"

It's not all bad though. Here are some photos we received today of Toby and Jez enjoying yesterday's breakfast of chocolate s'mores*.

They wrote: "A very exciting morning on 'Boatel Trilogy'. Room service is terrible but the restaurant and pool are literally just outside the bedroom door." 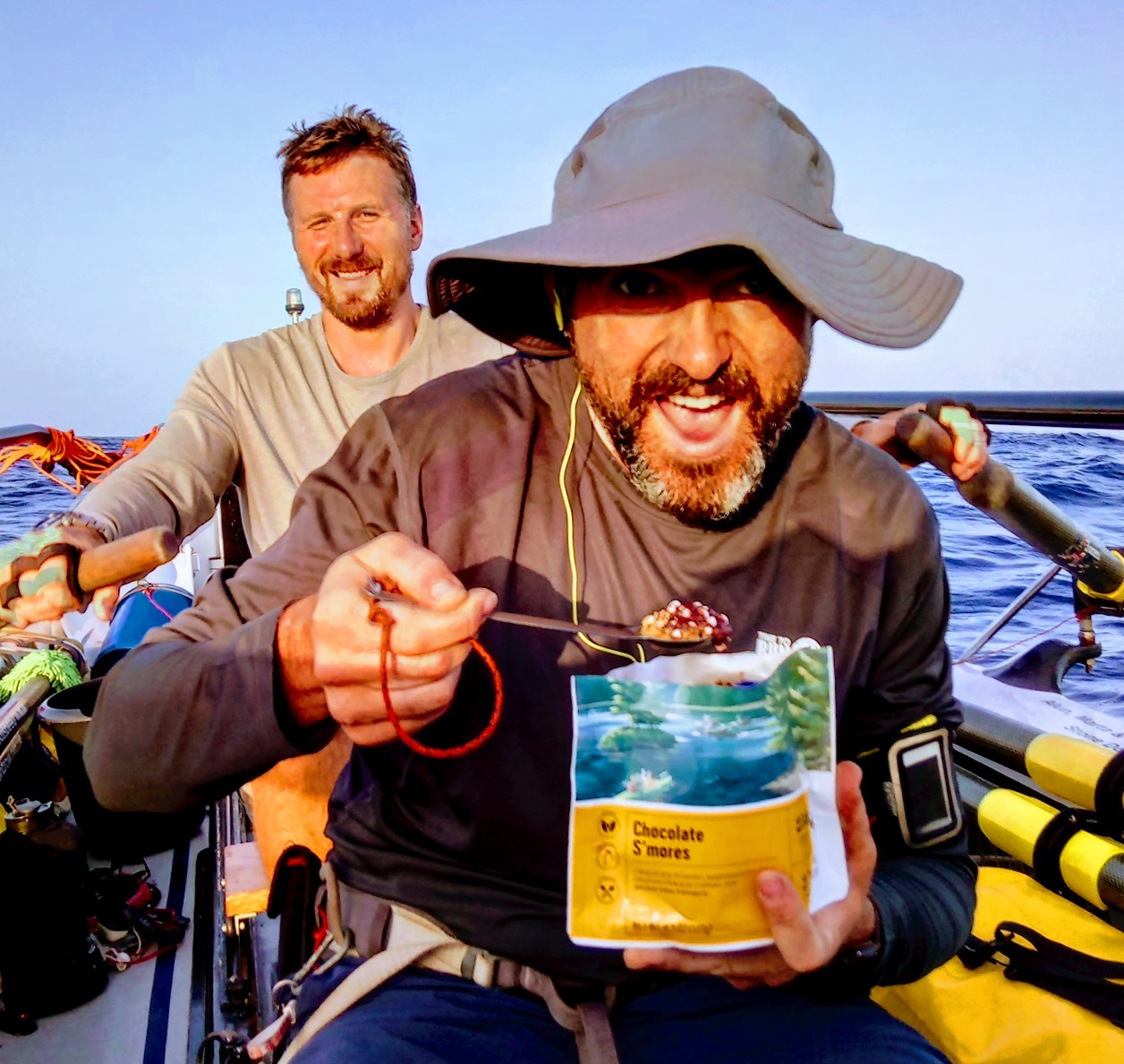 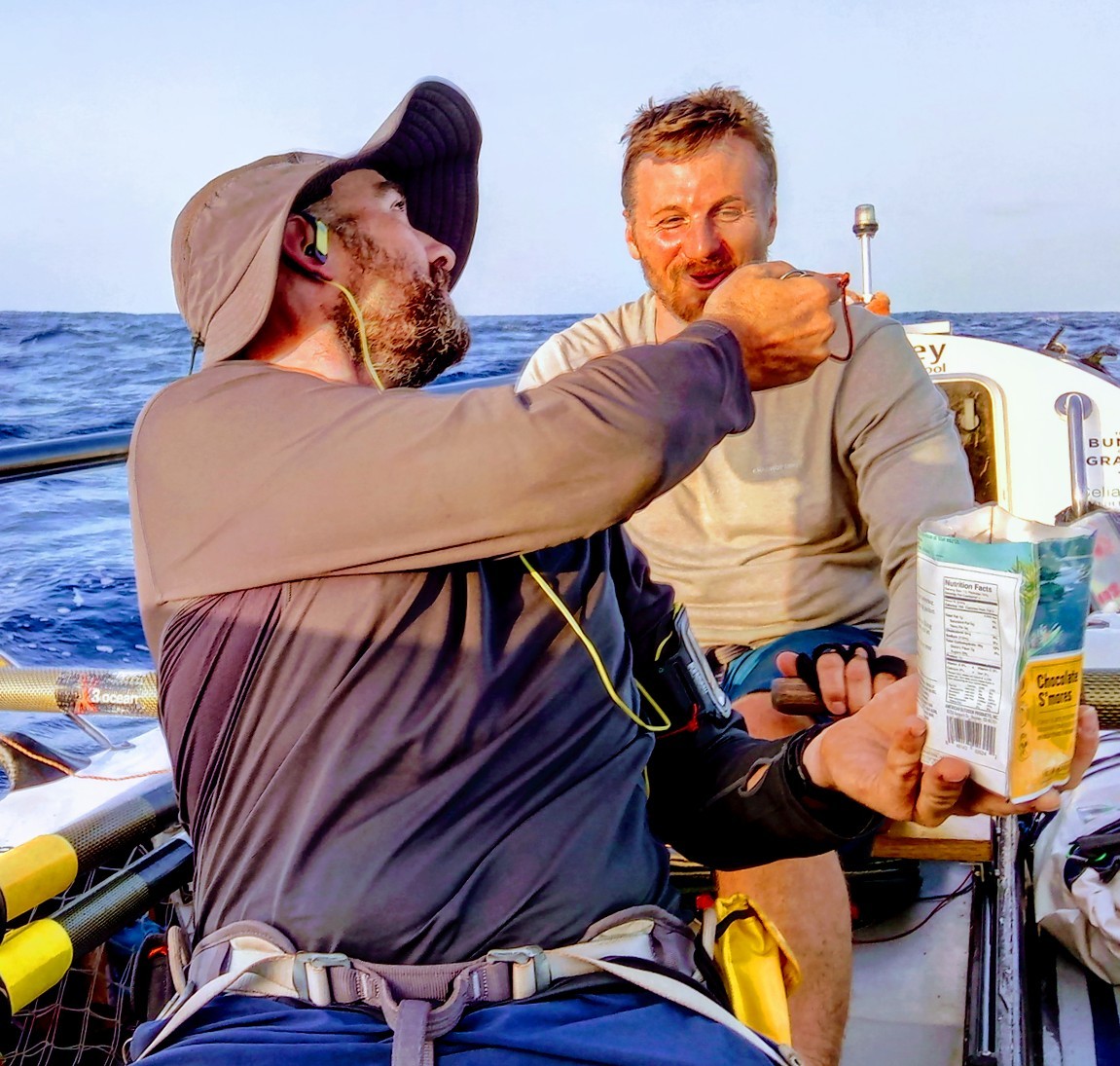 Earlier this afternoon we had a quick phone chat with Toby, who says the team are all well and looking forward to reaching the halfway point within the next 24 hours - a milestone they plan to celebrate (updates to follow on how).

Thanks to those of you who took the time to try and guess the identity of Betty the Bird, the team's feathered companion we told you about on Friday. Over the weekend Ali managed to snap a quick photo of her, which she sent over to us... 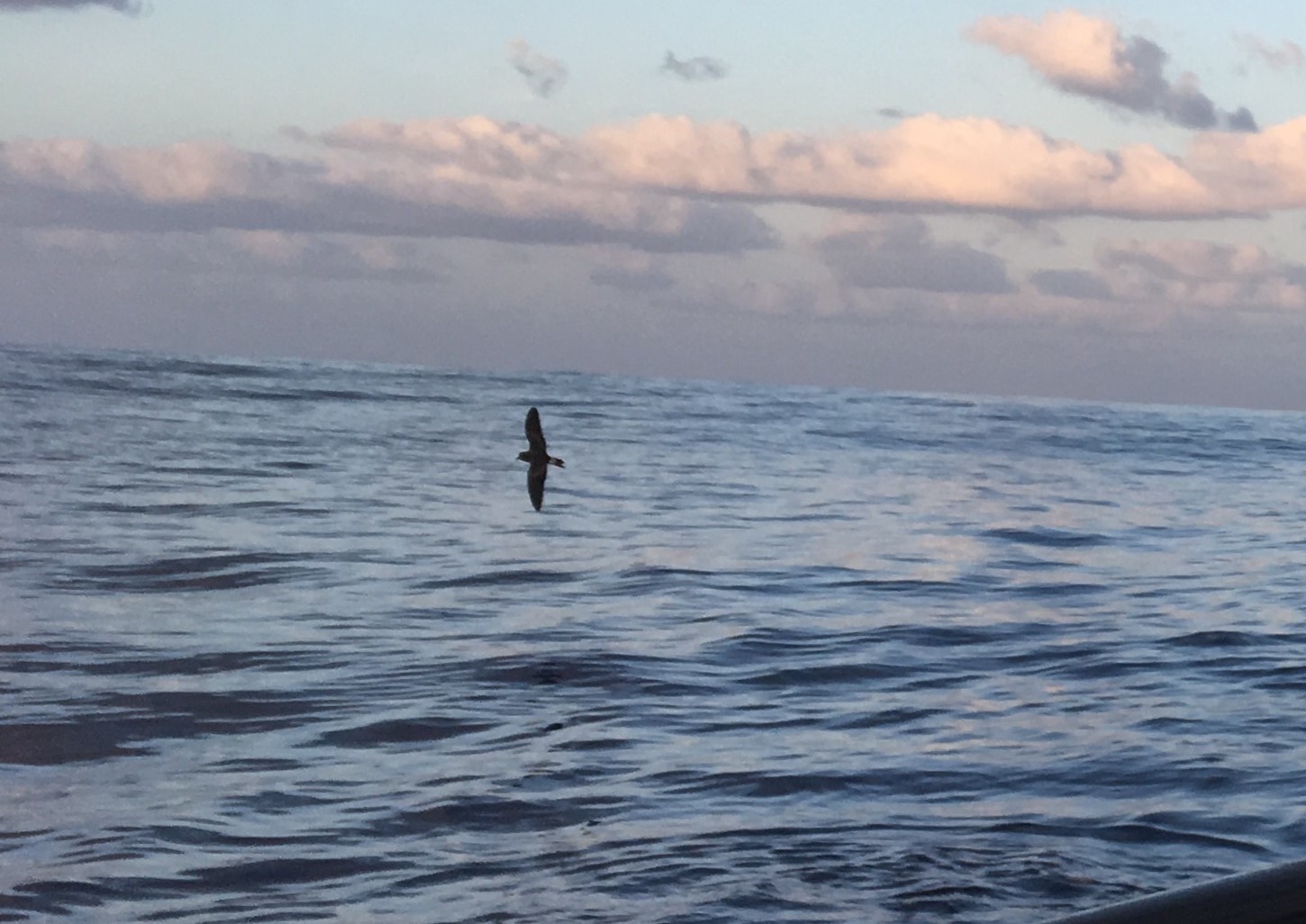 Based on this we believe Betty is a storm petrel - a seabird known to follow in the wake of ships. The word 'petrel' comes from the Latin name for the Christian St Peter and refers to the habits of certain species to hover just above the ocean waves, giving an appearance of walking on water as St Peter is said to have done.

Well done to those of you who guessed correctly based on the team's description!

*A s'more is a traditional nighttime campfire treat popular in the United States and Canada, consisting of a marshmallow and a layer of chocolate sandwiched between two pieces of cracker. We're not sure how good they taste rehydrated from a packet, but it probably makes a welcome change from peanut butter.