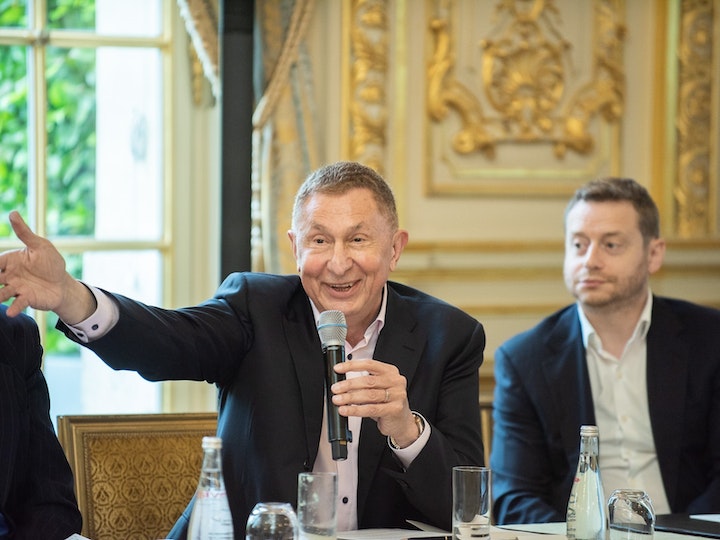 Discussions from a global gathering of finance leaders facilitated by Professor Andrew Kakabadse from Henley Business School have been summarised in a new report.

The Global Government Finance Summit brought together high-level civil servants from finance ministries around the world to share experiences, concerns and opportunities around domestic, financial and regulatory challenges.

Delegates from 10 countries on four continents, as well as representatives from the European Commission, attended the event, which was organised by the Global Government Forum and hosted by France’s Ministry of Economy and Finance.

The five-part report covers the key topics on the agenda, which included the political risks threatening economic growth, the role of finance departments in digital transformation, and causes and consequences of poor productivity.

Unsurprisingly, Brexit and the EU were discussed, including the impact on investor and consumer confidence, public disillusion around member states’ domestic policies, and the functioning of the Single Market.

Frustration also emerged over politicians’ tendency to prioritise the allocation of budgets and the spending of money over the achievement of outcomes – posing a challenge to better resource management within governments.

In addition, there was a rallying call for finance ministries to lead by example and actively support the agenda when it comes to digital transformation in government in order for it to be effective.

Commenting on the report, Professor Andrew Kakabadse, Professor of Governance and Leadership, said:

“The honest and meaningful exchange of views and experiences captured in this report facilitated the making of deep and sustainable relationships. The profound learning arising from this event is deeply needed in these troubled times.”

The summit took place in Paris in June and was supported by knowledge partners EY and Swiss Re.

While the event itself is subject to Chatham House rule, reports are produced to set out the main discussions and conclusions.

The chapters can be viewed on the Global Government Forum website.

14 May 2020
Dr Irina Heim, a Post-Doctoral Fellow in Organisational Behaviour and Entrepreneurship at Henley Business School, has been credited with writing one of the most read papers in 2018-2019 in a top international business journal.
Department news