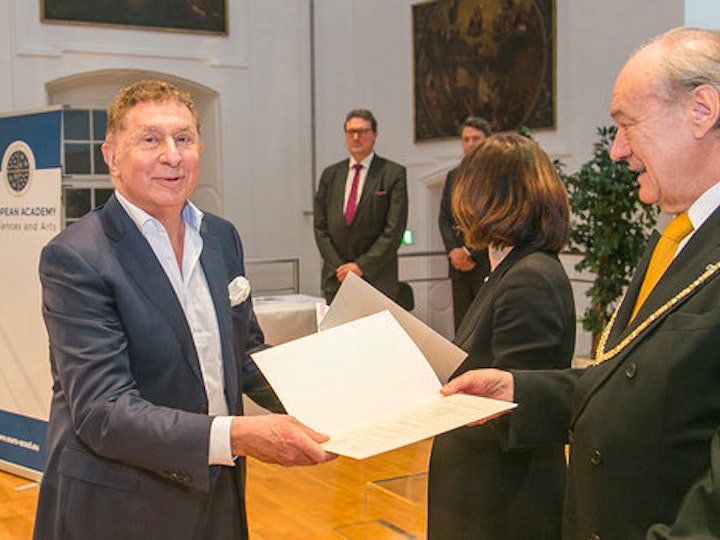 Andrew Kakabadse, Professor of Governance and Leadership at Henley, has joined the European Academy of Science and Arts’ (EASA) Corporate and Public Governance class.

The EASA is Europe's largest transnational association and is made up of around 1,900 pioneering scientists and artists, as well as 32 Nobel laureates. It approaches key questions and challenges facing Europe and the world through various assemblies and publications.

Following a symposium on the ‘Complexity and Integration in Nature and Society,’ Andrew was inaugurated into the Academy, along with 80 other new members from 26 different countries, during a ceremony held at EASA’s historic seat at Leopoldskron castle in Salzburg, Austria on 2 March 2019.

“I am honoured to join such a prestigious organisation. At a time of great turbulence in both global politics and business, I look forward to playing an active role with my EASA colleagues in addressing some of Europe and the world’s biggest challenges.”

Lessons from The Lexicon in Bracknell