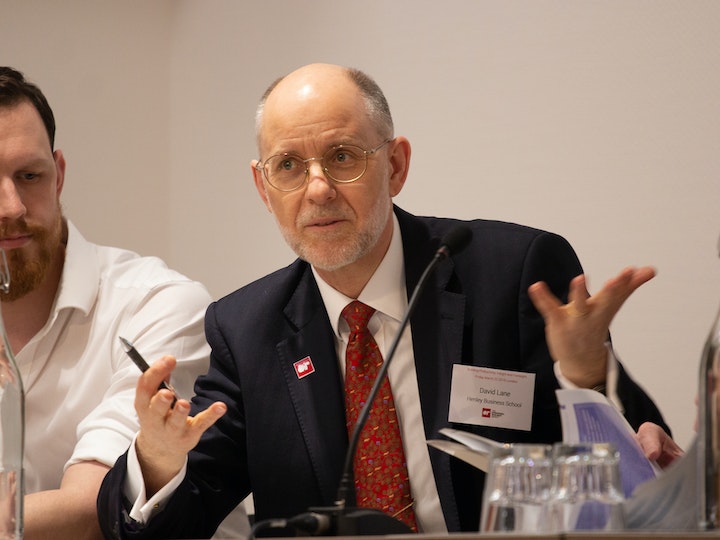 The conference entitled ‘Building productivity, insight and foresight for your business: How computational modelling can help business and industry’ was aimed at decision makers and managers in business and industry and focused on how computational modelling can make a difference in an organisation. The event was hosted by the Department of Business, Energy, Innovation and Skills in London and included speakers from a range of companies including BAE Systems and Ocado.

The meeting followed on from last year’s Blackett Report on Computational Modelling: Technological Futures from the Government Office for Science.

Professor Lane, a Fellow of the ORS, gave the opening speech and also participated in a panel discussion later on in the day. In his talk, he described his extensive experiences as a modeller in business and government in order to motivate the day. He emphasised the benefits of combining the analytical power of modelling with its use as a mean of getting managers to participate in strategic discussions. As the original report predicts; “Senior decision-makers will increasingly become involved in modelling.” He closed his talk by concluding, “the world is complex, people are clever and motivated, but modelling can still help us answer some difficult questions if you use it right”.

Brief presentations in the morning then gave examples of modelling in action to cut costs, improve quality and deal with uncertainty. Workshops in the afternoon looked in more details at ways to get started with modelling including Modelling a business and How to get the most out of your modeller.

A panel session and networking meeting drew the day to a close.

Building on the success of the day, further sessions are planned.

The report was the result of collaboration between Henley Business School, the United Nations Environment Programme and Schulich School of Business.

How can leaders provide stability in unpredictable times?