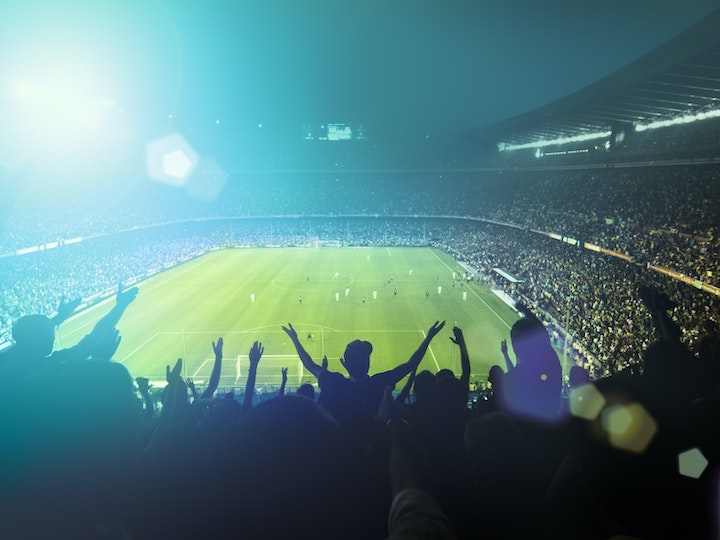 At last a good news story about Europe. Or miracles do happen.

It has been a crazy week for football and now we have four teams from the English Premier League (EPL) taking all the places in the two European finals. First, Liverpool made the biggest comeback in history, before Tottenham followed up by having the biggest comeback in history since the previous night. Then Arsenal breezed into the final of the Thursday night cup (otherwise known as the Europa League), before Chelsea went all the way to a penalty shoot-out where Eden Hazard calmly scored the winner.

So footballing history is made as we now look forward to Liverpool v Tottenham in the Champions League final on 1 June in Madrid and Arsenal v Chelsea in the Europa League final in Baku on 29 May. This is unprecedented, or so we are hearing today – but not completely so. We only have to go back to 2015/16 when Real Madrid beat Athletico Madrid in the Champions League final, while Sevilla beat Liverpool in the Europa League – not quite a clean sweep, but a Spanish three out of four was not bad.

The question we should be asking isn’t about the EPL’s dominance of the European competition this year, but why has it taken so long to dominate European football?

The Premier League has had huge financial advantages over the other European leagues for a number of years – historically stretching back to the 1990s. But other than a false dawn in 2007/8 when Manchester Utd beat Chelsea in the Champions League final this dominance has not been manifest. I remember UEFA and other European Leagues and their local media complaining about the unfair advantage of Premier League teams at the time – it surely won’t be long before these complaints are repeated.

The EPL was first mover in the development of football as an entertainment brand. It achieved this by breaking away from the national league, and working with Sky on a number of increasingly lucrative broadcasting deals. This was done alongside the clubs establishing their own international presence inside the Premier League brand envelope. Despite this, wins in Europe were rare, with Manchester Utd in particular failing to replicate their English dominance with European success. They did come away with the Champions League trophy in 1999 and 2008, Liverpool had an amazing win in 2005 and Chelsea took the prize in 2012. So in the 27 years of the Premier League, English clubs have only won the top European trophy on four occasions.

What is the current state of the financial dominance of the EPL? According to the Deloitte Annual Review of Football Finance 2018, in 2016/17 the Premier League had combined revenue of 5.2 billion euro. In context, the next biggest league is La Liga in Spain, with combined revenues of 2.8 billion euro. So the English league has almost double the financial power of its nearest rival. This is indeed mostly driven by the television broadcasting deals, which are in turn boosted because of the first mover advantage described above and its dominance as the leading international brand in football league terms. Premier League games are still what most people around the world want to watch.

But why haven’t English teams translated this dominant position into Europe before?

Part of the reason is how revenues are shared in England compared to the Spanish League, for instance. The Premier League has always had a fair method of revenue distribution that rewards all of the teams competing. In 2017/18, this was distributed at a ratio of 1:1.6 from top to bottom (see Forbes). In Spain, until recently, the top two clubs Real Madrid and Barcelona were able to negotiate their broadcasting rights separately. It could be argued that the subsequent capture of around 40% of the total revenues available by these two teams enabled them to dominate European football and indeed this translated into winning six of the last eight Champions League finals between them. Spain has now introduced a centralised method of distribution, so it could be said that this has weakened the top two teams – however, even though their percentage take has dropped to 23% of the total, they are actually receiving more money in real terms due to better broadcast deals being negotiated overall.

What has changed to make English teams competitive in Europe this year as – let’s be honest – the teams are not that much better, but prevailed on very small margins in three of the four semi-finals? It does seem that after 27 years of brand and financial dominance, the English teams have at last got the best managers in the world to manage the best players in the world (some of whom are even English). I also think that the teams are better organised in financial terms (revenue to wage ratios are dropping year-on-year to around 55% in 2016/17) and they are also building strong sustainable supporting footballing structures for their managers – who are now perhaps better described as coaches.

As I alluded to earlier, it will now be interesting to see if there is a backlash from the European media, the other leading leagues, and even UEFA themselves. If so, I would suggest they look at what the English model has brought to its domestic competition by fairly sharing revenues. If Manchester City win the title on Sunday, they will be the first team to win back-to-back titles since Manchester United in 2008 and 2009. The league has not been dominated by one team, and even Leicester City won in 2016. In Spain, since 2005, only Real Madrid or Barcelona have won La Liga (apart from Athletico Madrid in 2014); in Italy, Juventus have won Serie A continuously since 2012; in Germany, the Bundesliga has been won by Bayern Munich since 2012; and in France, Ligue 1 has been won by PSG since 2013 (apart from Monaco spoiling the party in 2017). For an English outsider, this looks like a very boring outcome for all concerned!

Talk will now return to the formation of a new breakaway European Super League. This would not benefit the English teams as the Premier League has stated: "In England, football plays an important role in our culture and everyday life. Millions of fans attend matches across the country, with allegiances and local rivalries often passed down through generations. We have a fantastic combination of competitive football and committed fans that we will vigorously defend."

These are stirring words indeed, and let’s hope that these principles guide the Premier League in the years to come.

Are you a digital leader?