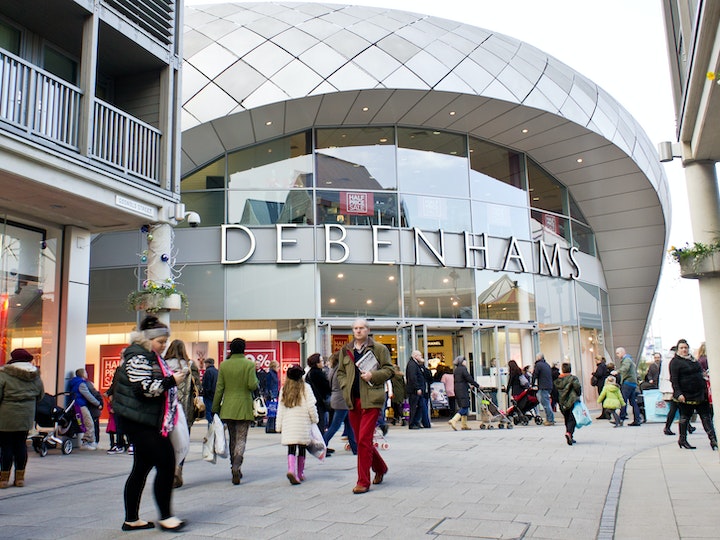 Debenhams, the UK-based department store established more than 200 years ago, went into administration on Tuesday last week. It constitutes the latest in an increasingly long line of high street casualties resulting from changes in consumer shopping patterns.

The company is now owned by a set of its former lenders who have provided additional funding to allow it to continue trading in the short-term, but the most likely outcome in the longer run seems to be for a distressed company specialist to buy the chain as a going concern.

What did Debenhams do wrong? A familiar cocktail of conflating factors all contributed: taking on excessive debts and overexpansion; the lack of a particular niche or unique product offering; expensive and non-negotiable lease agreements and, most importantly, a consumer switch from in-store to on-line purchases. Bricks-and-mortar shops that sell everything are in terminal decline: first Woolworths and BHS (bankrupt three times) and more recently House of Fraser. Even the mighty John Lewis, which did not pay staff a bonus this year for the first time since 1953, is struggling to remain relevant.

Debenhams’ shares have been suspended from trading. Whatever happens to the company going forwards, as the bearers of the ‘residual risk’ of the firm, shareholders including Mike Ashley, who reportedly bought almost 30% of the company, face a total loss. Share prices gradually declined from around 90p four years ago to just 2p by the end of last week, making even large investments virtually worthless. The company has relatively few assets, having already sold the freeholds to their flagship buildings some two years ago.

Trust among consumers, suppliers and potential financiers could all be damaged by the store’s collapse, but perhaps the most serious aspect of Debenhams’ failure will be the impact of its disappearance on the high street scene. Even if the company overcomes its current turmoil and finds a way to write off or service its mountain of debt, store closures are a certainty and will be focused on those generating the lowest levels of profitability. These are likely to be in smaller towns and in poorer areas which can scarcely afford to lose the jobs and where numerous other shop fronts are already boarded up. Debenhams’ stores are large (50-100,000 square feet), and so are difficult to re-let. Their closure will contribute to the vicious spiral of declining town centre footfall and with it profitability and the rationale for retailers continuing to operate in such locations.

Ultimately, while all its other woes could have been overcome, it is the fundamental lack of customers that sealed Debenhams’ fate. Last week, I think I was the only shopper on the ground floor of my local branch. Seeing the tumbleweed blow through, it almost seemed a waste of electricity to leave on the lights.

New year, new bank resolutions: Regulations of the past and future