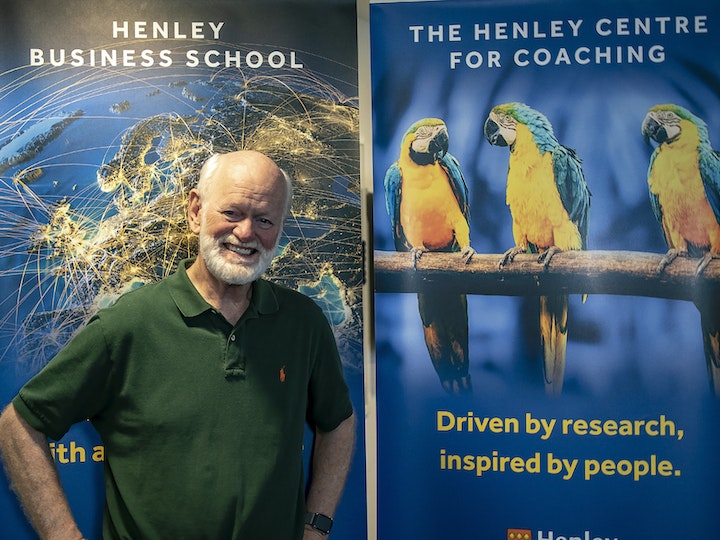 The 100 coaches project is a philanthropic programme founded by Dr Goldsmith. Inspired by the great teachers in his own life, Dr Goldsmith embarked on a campaign to teach 100 American coaches for free, on the condition that they pay it forward and do the same for others. The workshop at Henley was the first time he has expanded this initiative to include coaches in Europe.

Marshall Goldsmith has coached CEOs from over 150 corporations and written several books, including the best-selling ‘What Got You Here Won’t Get You There’ and his latest book ‘Triggers’. In December 2018, ‘Mastering Executive Coaching’ was published, co-edited by Dr Goldsmith, Brian Underhill and Dr Jonathan Passmore, Director of the Henley Centre for Coaching.

At the masterclass, participants were treated to a practical, engaging and interactive experience. Key messages of the day encouraged participants to assess what they want to preserve, what needs to change, set clear goals, and establish the value to the organisation of being able to facilitate that change. To summarise, Dr Goldsmith pointed out that leaders – and coaches – simply have two roles: to learn as much as they can, and to help as much as they can.

Dr Goldsmith is also involved with Henley’s coaching scholarship competition, run in conjunction with Third Sector magazine. The Marshall Goldsmith Bursary funds a full scholarship for a place on Henley’s Professional Certificate in Coaching course, for those working in charities or not for profit organisations with a revenue of less than £3M per annum.