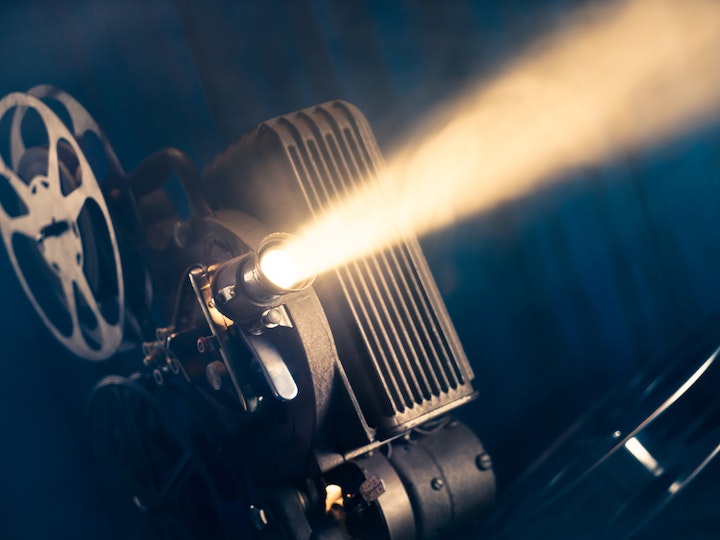 Cinemas, much like theatres and live music venues have been out of action during lockdown. But while most people expect music festivals, concert tours and theatrical productions to resume at some point, the long-term future of the cinema as an entertainment venue is arguably much more precarious.

The emergence of streaming services was already a serious disruptive force, posing a major strategic challenge to the traditional Hollywood studios. Will the COVID crisis accelerate these underlying trends, rendering cinemas entirely redundant in the process?

Let’s start by reminding ourselves: why do we still have cinemas anyway? The proportion of revenue that films generate from cinema screenings has been in decline ever since the early 1970s. There are much more efficient ways of getting film content in front of consumers than expecting them to drive to an edge-of-town retail park and wait patiently until the allotted time when their entertainment is ready to begin.

The threat of online piracy adds another incentive for firms to reduce the time between release windows, such that some trials of simultaneous cinema and on-line releases were already happening a few years ago.

Finally, the move of the major streaming services such as Netflix and Amazon into content production, means that cinema has already been bypassed altogether in some cases. Disney's apparently successful move into streaming looks like it might be another nail in the coffin of the traditional 'theatrical’ release.

So, for me at least, the question is: why have cinemas actually proved so resilient up to now? I think there are three main reasons:

1. Most obviously cinemas provide a distinct form of consumer experience that cannot easily be replicated at home. Part of this is the big screen and surround sound that offers a more immersive experience (though to some extent this can be replicated with 'home cinema' technologies).

There's also the social aspect, however. The sense of being part of an audience rather than a lone viewer. This helps to explain the popularity of drive-in cinema venues during lockdown.

2. Cinemas provide a classic mode of market differentiation. Some consumers are willing to pay more for a given product than others. Distributors therefore try to find ways of charging higher prices to those segments of the market willing to pay more, while still catering to those only willing to spend smaller amounts.

We see this in all industries, and with film, the 'cinema experience' along with the earlier availability of films in cinemas offered a strong rationale for this kind of price discrimination. Cinemas may provide only a small proportion of overall film revenues, but they are typically higher margin.

3. Cinemas also provide an essential marketing and publicity tool. There isn't really an equivalent of the red carpet premiere for a straight-to-streaming release. These events capture the attention of journalists, encourage reviews, comment and many other column inches of 'earned media' attention.

All of the above meant that even though by the 2000s DVD sales / rentals dwarfed cinema sales in revenue terms, the cinema release remained the industry standard. 'Straight-to-video' releases tended to be reserved for films thought to have a limited or narrow appeal.

The major film companies retained their dominant position in the industry not because they control most film production (they don't) but because of their control over film distribution. The ability to secure a worldwide cinema release for their movies has always been what sets the major distributors apart.

The Hollywood majors may have been required to sell off their cinema chains back in the 1950s, but ownership is not always necessary to achieve control, and the same major companies have retained their grip on the industry until now.

To a large extent, this still remains true, but streaming poses a very different challenge to the industry than that presented by home video technology. For the major film distributors, video was simply an additional revenue stream that it could control and profit from. But streaming services, with their own corporate backers, are a potentially much more disruptive force.

They are setting out to become producers and distributors in their own right. If they are to dislodge the traditional Hollywood majors from their dominant position, streaming needs to become not just a supplement to the cinema release, but a replacement of it.

In this sense the interests of studios like Universal (or Warner Brothers, Sony, Columbia etc.) really should be closely aligned with the major cinema chains. Both are at risk if streaming becomes the standard mode of film distribution. Both have a strong interest in maintaining the cinema release model, and therefore cinema audiences and cinema chains.

Even before COVID, however, the signs were not looking great for this alliance of major film studios and cinema chains. Far from resisting the rise of streaming as a distribution model, Disney has created its own streaming platform while others have invested heavily in rival services.

As these firms increasingly come to think of themselves as streaming platforms, their commitment to cinema exhibition may well start to erode.

The COVIDcrisis, meanwhile, only heaps further short-term pressure on the studios’ commitment to the cinema release. The 'social' aspect of cinema-going, far from being an asset, may remain a serious liability for some time to come.

There is also an obvious pressure on distributors right now to start generating some revenue from their content. While the very highest profile movies are still being held back for a cinema release in the autumn, the trend toward straight-to-streaming may well prove to be irresistible.

Resistance, of course, is what cinema chains like Odeon are attempting. By refusing to screen even the most high-profile releases from distributors heading down this path, they are using what leverage they still have to keep the show on the road.

They are, no doubt, also banking on the assumption that there is likely to be a glut of content looking for cinema slots immediately after lockdown, so they can afford to make-do without Universal films for a period.

Perhaps the bigger problem for cinema chains is that if they are to secure their future in the long run, they really need to forge a strong and co-operative partnership with the major distributors. Taking too confrontational an approach may only serve to highlight to the likes of Universal that if they really want to retain control over film distribution, they need to control their own streaming platform.

I wouldn't be so bold as to predict the demise of cinema entertainment just yet. The death of cinema has been predicted before, and audiences have proved surprisingly resilient.

The immersive cinema experience has proved particularly important for films that rely heavily on action sequences and special effects that make a stronger impact on the big screen. This may be one reason for the prevalence of comic book or superhero franchises in recent decades.

For audiences looking for alternative types of film content, however, the move from cinema to streaming is already well advanced.

European Perspectives: Brexit or the march of folly?

What impact could Brexit have on business - and what impact is it having already? Dr Stefan Schepers discusses in our latest European Perspectives.