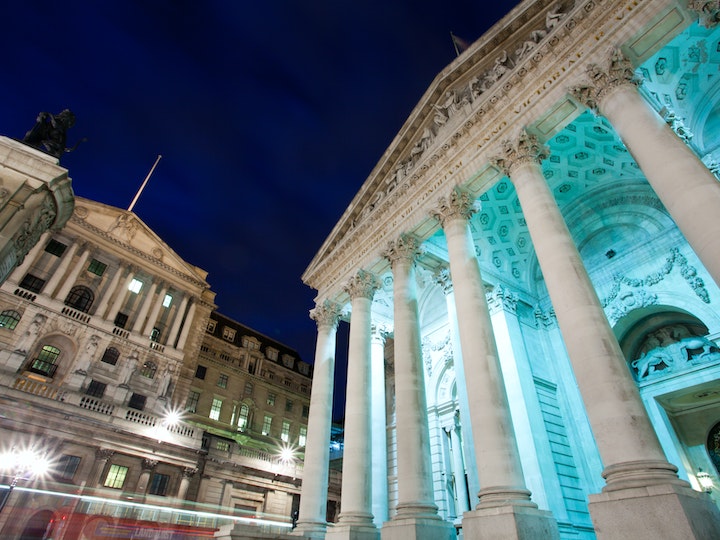 The Bank of England has projected a decrease of 30% in national output (GDP) for the first half of 2020. Assuming a mild recovery in the second half of the year, GDP growth for 2020 is estimated at a negative 14%, the worst contraction since 1706, according to IMF data. Even worse, these dire projections have been based on the assumptions that social distancing will be relaxed in the third quarter, while the pandemic will not be active for the remainder of the year. A growing number of experts warn that these assumptions are far too optimistic, as the previously recorded pandemic of the Spanish flu at the beginning of the 20th century saw a series of consecutive waves of infections and lockdowns. If COVID-19 returns in waves, governments across the world will be forced to re-impose lockdowns, prolonging and intensifying the fall of the global economy, especially since governments are running out of fiscal and monetary stimuli.

The UK economy is not immune to the dearth of fiscal and monetary solutions. In March, the Bank announced record Quantitative Easing (QE) of £200bn and it has already allocated £70bn in the secondary debt market. The current rate of purchases is twice the one seen during the 2009 financial crisis and, if it continues, the £200bn will be used up by early summer. Andrew Bailey, the Bank of England governor, weary of the QE impact in pound depreciation and ineffectiveness of subsequent stimulus, will soon have to decide whether to extend purchases beyond the £200bn mark.

The UK government is in no better position. The chancellor announced a quadrupling of government borrowing for next quarter, raising the projections for the 2020 full-year borrowing above £300bn. This level of government debt issuance will surpass the previous annual record of £228bn, another benchmark dated back to the financial crisis. This spike in borrowing coincides with an expected decrease in tax receipts, since several of the companies and individuals, many of whom are supported by the grant and furlough contributions, have experienced steep income losses. While the UK debt is considered among the safest in the world, investors may eventually be unnerved by the increasing deficits and the debt-to-GDP ratio.

At this point, we should opt in for a realistic gauging of the overall situation, no matter how sombre and bleak it might be. The global economy has been compromised by an overdue threat that could not have been prevented, but could have been received with more preparation. In the UK, millions will become unemployed, thousands of businesses will close down permanently, and, considering the aftermath of the Spanish flu and existing trends before the pandemic, political tensions are bound to rise for decades to come. Globally, hundreds of thousands or even millions may lose their life until immunity is achieved, be it naturally or with an eventual vaccine. Our government and central bank are arguably doing their best to mitigate the losses on every front and, despite the occasional mistakes and miscalculations, their plan seems to pay off. We, as citizens, have to do our best in order to support the concerted efforts and avoid the worst possible scenarios in both human and economic costs.

This crisis seems to have long way to go. It is a unique opportunity to display our resilience and the renowned stiff upper lip.

International tourism will need more than an injection to recover

22 January 2021
With the vaccine rollout underway, is there hope for international tourism? Professor Adrian Palmer discusses whether the pandemic has brought about long-term structural change in the sector.
Leading insights