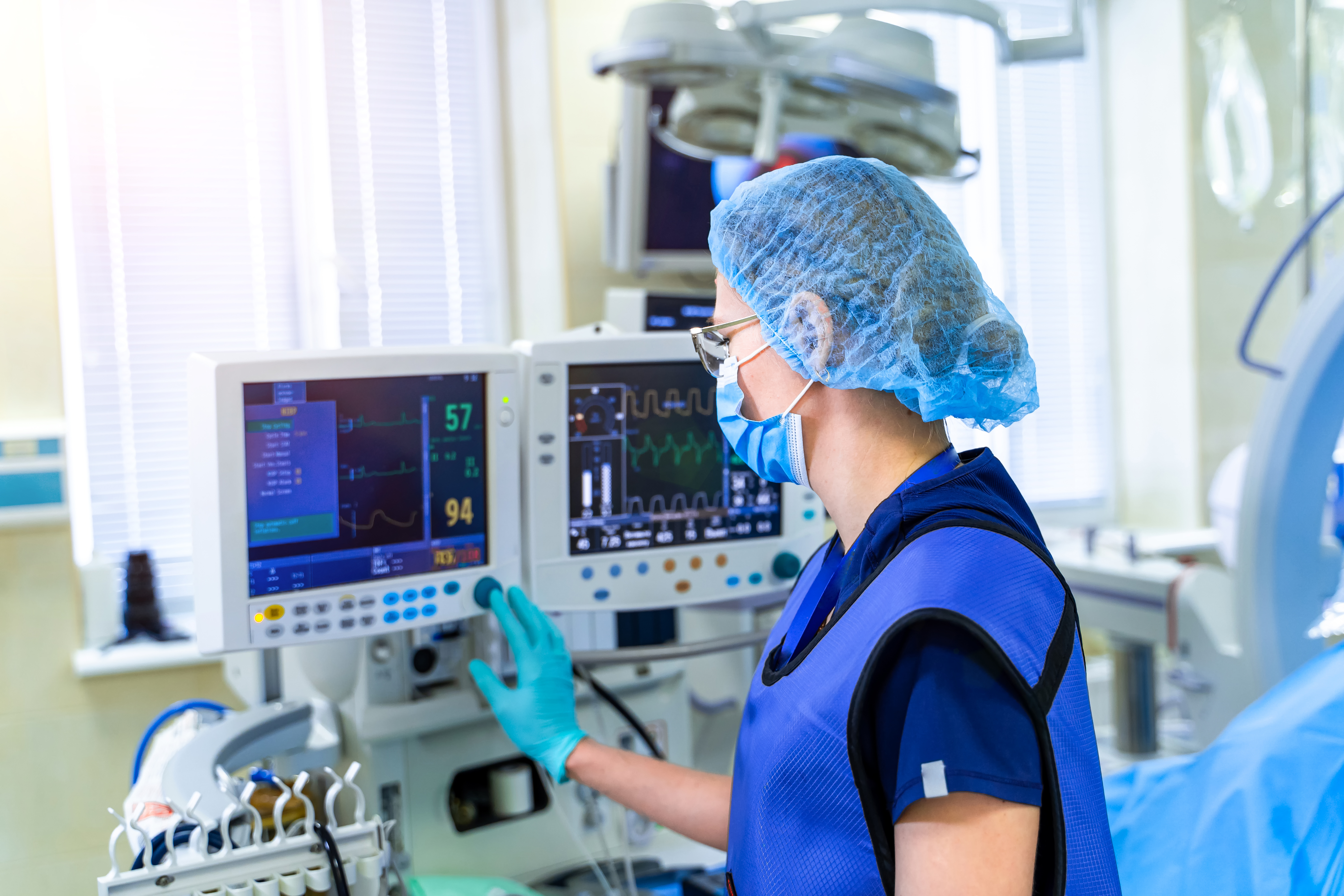 In the battle to combat COVID-19, many forms of technology are critical to preventing people from becoming patients and for patient survival. But, it is the ability to apply existing technologies in effective ways as well as the innovative use of disruptive technology solutions that will assure our success.

Much coverage has been given to the shortage of ventilators, which use technology that forces air into the lungs in concert with human breathing patterns. This requires an expensive complex pump-like machine with sensors and electro-mechanical devices controlled by microprocessors. Ventilator shortages have driven innovation that harnesses digital technology capabilities.

Digital technology refers primarily to computing technology that uses a ‘Von Neumann’ machine architecture of separate processors, programs and data to create a programmable information machine. The modular separation of data, programs and hardware, in layers using common standards, enables rapid changes (reprogramming) to be made to change the technology outcome. This is different to integral machine structures such as vehicles/engines, whose functions cannot easily be altered without changing the whole design.

Massive innovation opportunities are possible when digital microprocessors are used to control traditional mechanical and electrical technology. For example, engineers at Oxford have been able to replace the mass of ventilator electro-mechanical components with a single microprocessor-controlled programmable valve. This reduces parts, can easily be adjusted and is faster and cheaper to produce. Whilst not as sophisticated as a traditional ventilator, it can reduce the demand for complex ventilators, freeing them for more critical patients.

Here are some other examples of digital innovation and technology aiding the fight against COVID-19:

Additive manufacturing and 3D printers enable complex shapes and designs to be produced from computer-aided design (CAD) drawings by adding material, minimising waste and cost. The rapidly reprogrammable nature of the microprocessor architecture is harnessed to change the three-dimensional positioning of the 3D printing head, enabling the fabrication of completely different parts, which can be built and tested or quickly redesigned before being accepted for production. The ability to turn an idea into physical form with a 3D printer in as little as a day has increased supply of ventilators and breathing aids. For example, an Italian engineer redesigned a new ventilator valve that was in short supply to avoid patent infringement and enable mass production by anyone with a 3D printer. Other valve designs have been printed to convert snorkels to medical face masks and complete face mask structures can be built at home on a personal printer. 3D printing rapidly increases invention opportunities, accelerating parts and engineering solutions from thought to reality, to resolve the physical technology needs of the health crisis.

(digital control and communication of sensors and movers)

The combination of cheap sensors linked to micro-processors communicating with the web that is the basis of IOT, can enable reliable capture of data from the real world. Development of wearable IoT devices for medical use includes heart rate, blood pressure and temperature monitors that can be worn and transmit data to a central monitoring station via a radio-frequency link. This enables the 24x7 tracking of patient temperature, fever and oxygen saturation conditions that indicate the progression of the disease. IoT location sensors and mobile phones with global position data enable the setting up of virtual ‘geo-fences’ to warn of an individual’s proximity to ensure and enforce social distancing.

Humans use their pattern recognition abilities and experience to understand specific structures of information from their sensors – eyes, ears, nose etc. We build ‘if-then’ type rules, to make decisions to ensure survival. The massive amount of sensor and machine data generated by IoT devices can be analysed by artificial intelligence algorithms that are taught, or are programmed, to identify data patterns and their repeatable characteristics and rules. AI is being used to automate the sorting of information from potential patients (via telephone/sensor or chatbot questions) into those suffering from COVID-19, based on rules inferred from the repeated symptoms and pattern conditions rapidly discovered in the last few months. Using our understanding of human behaviour, AI has been widely used to build complex ‘what if’ information models that mimic the effect of both virus changes and the potential human plans of reaction to the virus, enabling better decisions with limited time and resources.

The combination of CAD to create objects in cyberspace, complete with dynamic mathematical models that enable complex shadows and reflections and computer graphics with television quality effects, all controlled by reprogrammable microprocessors, enables artificial worlds to be created, adapted and projected onto human eyes. The creation of virtual worlds that immerse, or are projected onto real world views, can create teaching and training opportunities without exposure to risky virus-ridden settings. Practice and modelling in cyberspace makes for more perfect action in saving lives in the real world!

Robot manipulators, in the form of joined anthropomorphic arms with grippers, use microprocessors to control speed and power supplied to motors. When connected to gears and rigid metal linkages this enables the application of forces and motion to enable precise movement and positioning of almost anything manipulated by humans. Whilst surgical robots have hit the headlines with precise semi-automated operations, many mundane robotic devices are vital to fill, sort and process multiple test tubes in one go to expand the capacity to test for the virus or its vaccine.

Robotic quadcopter drones controlled wirelessly, use the microprocessor and sensors to alter the speed of any of the typically four rotors to move the machine in three dimensions and keep it in the air. This form of ‘flying internet of things’ device, with on-board cameras and in some cases the ability to pick up and place objects, can provide safe and remote monitoring and transport. For example, a Chinese logistics company has successfully moved 11 tonnes of medical supplies in half the time using drones and they have also been used to move COVID-19 samples to laboratories, as well as tracking and policing lockdowns without exposing humans to increased risk.

We are at the cusp of a remarkable future where cheap microprocessor information technology meets traditional engineering, enabling sensing, control and complete automation of many real world tasks. The ease of innovating and support for invention offered by the reprogrammable architecture of digital technology, backed by human imagination, increases the potential solution of many existing and new problems. The ability to automate routine and risky tasks and perform both mental and now physical work at a distance can be a real life-saver. It is this rapid ability to adjust the type of information processed, and with transducers, convert the output into physical motion, force or other effect on the environment, that offers so many possibilities to change and improve our world.

Whilst often billed as having a negative impact on jobs, it is perhaps ironic that with our global health crisis, such innovation-enabling technology empowers us to leverage human ingenuity to save humanity from itself, and preserve humans and their economies, if we can manage to use it wisely, and wisely manage it.