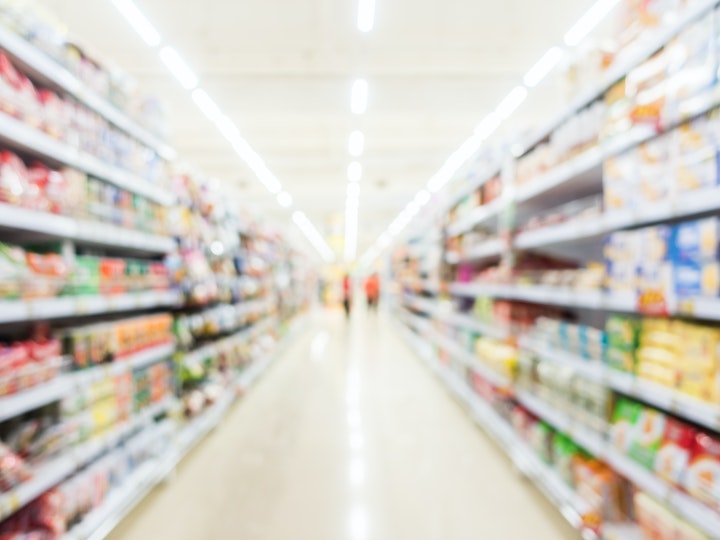 Supply chains for our grocery products have become increasingly efficient and effective. During the Coronavirus outbreak, the appearance of panic buying and empty shelves led many to question the robustness of these supply chains. But instead of just looking at food which is located in shops, warehouses, factories and raw material suppliers, we can learn a lot about recent shortages by examining the final point of these supply chains - households.

“Just-in-time” has become the dominant practice throughout food supply chains, and it appears to be increasingly true for households too. There is growing evidence that households keep just enough food for what they need, rather than holding large stocks, “just in case”. Just-in-time households are vulnerable when a crisis occurs. Why has this occurred, and can it help to explain the run on supermarket stocks that we have seen?

One theory is that we are now spending less on big weekly shopping trips, and more on smaller “top up” trips for food as and when needed. There isn’t actually much evidence of this happening, with Kantar World Panel reporting that in the past few years, top-up shopping has remained fairly stable at around 60% of all grocery shopping.

An important trend in recent years has been towards more eating out, and more particularly, home delivery of prepared food. In a 2018 report, Nielsen estimated that one third of consumers globally used restaurant meal delivery services, and 7% did so weekly. There is no need to keep food in stock if prepared and delivered food is just a phone call away.

Another curious fact is that houses have been getting smaller. Between the 1970s and the current decade, LABC Warranty has calculated that houses became 32% smaller with, significantly, less kitchen space. Smaller houses have less space to store stocks of food, and households have put into practice what retailers have been doing for many years - shrink the warehouse at the back of the store and use the space for front of house activities, then rely on just-in-time delivery to keep the shelves full. In its 2017 Food and Drink report, Waitrose concluded that in today’s smaller houses, consumers were treating supermarkets as walk-in fridges, allowing them to put their home space to better use.

What happened at the onset of the Coronavirus outbreak was a shock to many households, managing their end of a just-in-time supply chain. They did not have sufficient buffers of stock to cope with two shocks that affected their consumption. First, the forced closure of restaurants made eating out very difficult, so these meals had to be replaced with meals made at home. Secondly, with schools closed and many people forced to work from home, the school canteen and lunchtime sandwich shop no longer supplemented the household food intake. So again, stocks of household food had to be increased.

So even before Coronavirus put fear in consumers’ minds, households were quite finely balanced in their stockholding of food. The need to buy more food to cover additional home-based eating suddenly increased demand on supermarkets, quite apart from any panic buying. And in fact, evidence from Nielsen suggests that the average spend per supermarket trip rose by 16% in the week ending 17 March 2020, mainly made up by people just adding a few more items to their basket. Kantar reported that the peak week was the week ending March 21 when supermarket sales rose 43 percent compared to a comparable previous period, with particularly high sales of alcohol, reflecting the closure of pubs.

During a period of uncertainty, households, like other supply chain members, will keep larger buffer stocks, “just in case”. But households that suddenly increase their stocks may not be as savvy as supermarkets and manufacturers at managing waste. The charity Waste and Resources Action Plan has estimated that around half of all food waste is accounted for by households, who throw away about 4.5 million tons of food each year, worth about £700 per household. Soon after the onset of “panic buying” by households, anecdotal reports started emerging of loaves of unused bread being placed in household waste bins - nothing new, but probably just accelerating a trend.

When a new normal re-emerges, will households have learnt lessons and begin to keep higher buffer stocks of food? The omens are not good, and the growth of takeaway and home delivered food is likely to continue to grow, limiting the need for food storage at home. Another unknown is how online shopping will develop. At present it is still quite a small proportion of UK grocery sales - around 7% - and focuses mainly on large, main shopping orders. But the development of same-day delivery to a home or locker at a railway station could bring closer the prospect of very low or zero stockholding by households of food. Link this to home automation of stock control and automated replenishment ordering, and households could become more efficient at handling just-in-time orders, and helping to reduce food waste.

But the smarter consumers get at managing just-in-time delivery of their food, the harder the next crisis will be to manage when households suddenly push their need for immediately-available food one step up the channel of distribution. If all members if a supply chain are running on very low stocks, it may take a long time to replenish the system with freshly manufactured products.

HCCM - Get Involved with our Research! (Online Survey)

Our survey is now open to international participants - https://bit.ly/38CIjPZ