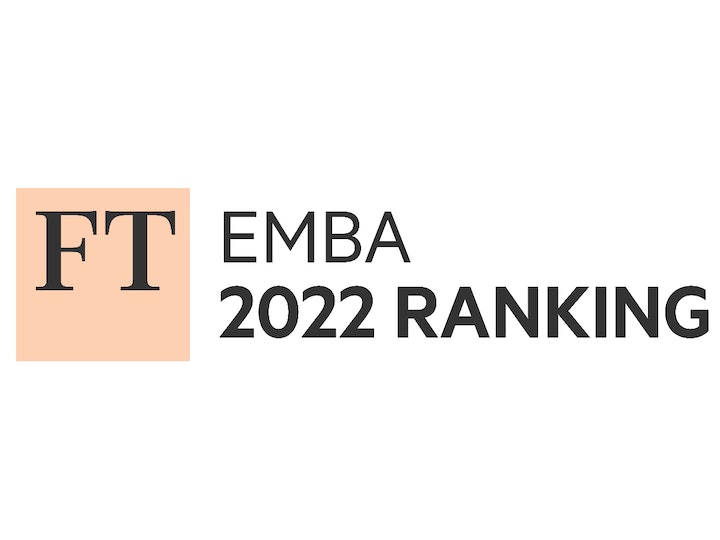 This year’s Financial Times Executive MBA ranking sees Henley Business School rated as one of the top business schools in the UK, holding its position at number 7 despite more UK based competitors listing this year.

With part of the ranking table based on an alumni survey carried out by the FT and completed by EMBA graduates, Henley yet again scored highly for student satisfaction, placing at number 5 in the UK with an overall satisfaction score of 9.1/10. Henley also placed 30 in Europe and 70 in the world for this measure.

Henley’s Executive MBA Global programme sees students travel between Henley’s European campuses in the UK, Finland and Denmark. International study visits and a multi-campus programme offer immersive overseas study experiences that blend a global perspective with local relevance. This commitment to internationally recognised and innovative teaching resulted in Henley being ranked at number 1 in the UK, number 12 in Europe and number 24 in the world for the international course experience.

As a business school, we are strong advocates for equity, diversity and inclusion, and Henley’s EMBA is characterised by strong student and faculty diversity. Reflecting this in the FT EMBA ranking, Henley placed number 1 in the UK and number 6 in Europe and the world for the percentage of women in our full-time faculty (47%). We were also ranked number 1 in the UK, number 8 in Europe and number 20 in the world for the percentage of women students (40%).

The FT rankings also include a measure for the proportion of core courses dedicated to ethical, social and environmental issues. Here, Henley ranked highly at number 2 in the UK, number 21 in Europe and number 34 in the world.

“The FT’s EMBA ranking this year demonstrates that Henley remains a world class business school. We are very much focused on advocating for diversity and inclusion, so it’s rewarding to be recognised for practising what we preach and ranking at number 1 in the UK here. We’re also delighted that our international course experience was ranked at number 1 in the UK too, which is a testament to the internationally recognised and innovative teaching we have on offer for our Executive MBA Global programme. All of these factors, along with our quality research, contribute to many students telling us that their Henley Executive MBA is a unique and life-changing experience.”

This year’s FT Executive MBA ranking sees Henley with an overall ranking of number 7 in the UK, number 34 in Europe and number 65 in the world.

13 September 2021
Henley’s Masters in Management is the 21st highest-scoring programme in the world for overall satisfaction according to alumni feedback gathered by the Financial Times.
Henley news Rankings news

24 February 2022
Academics from the ICMA Centre and School of International Business and Strategy were recognised in the global rankings.
Rankings news