Four Minds, One Ocean: Heads Together and Row 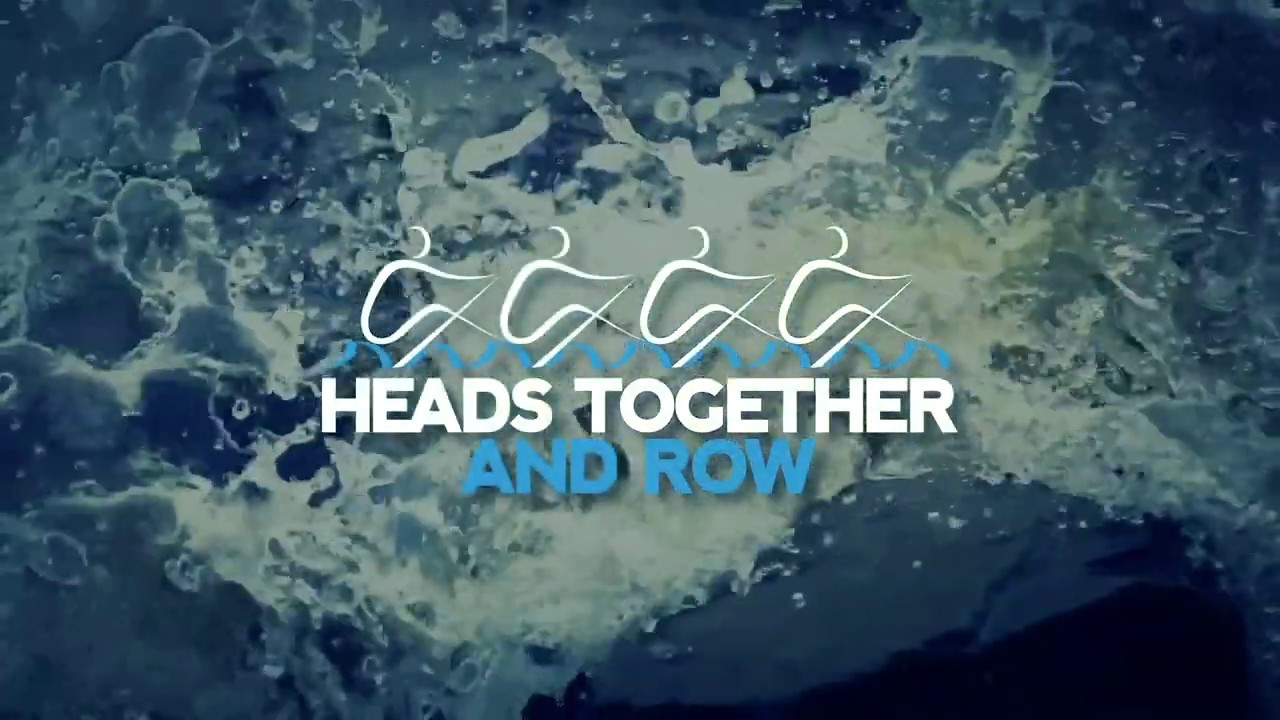 Heads Together and Row race video

Henley Business School is delighted to be the headline partner for Heads Together and Row, a team of three men and one woman who completed the Talisker Whisky Atlantic Challenge 2018 in a time of 50 days, 22 hours and 38 minutes.

As well as supporting the crew, Henley is working with them on a research study focusing on developing individual and team resilience over time. 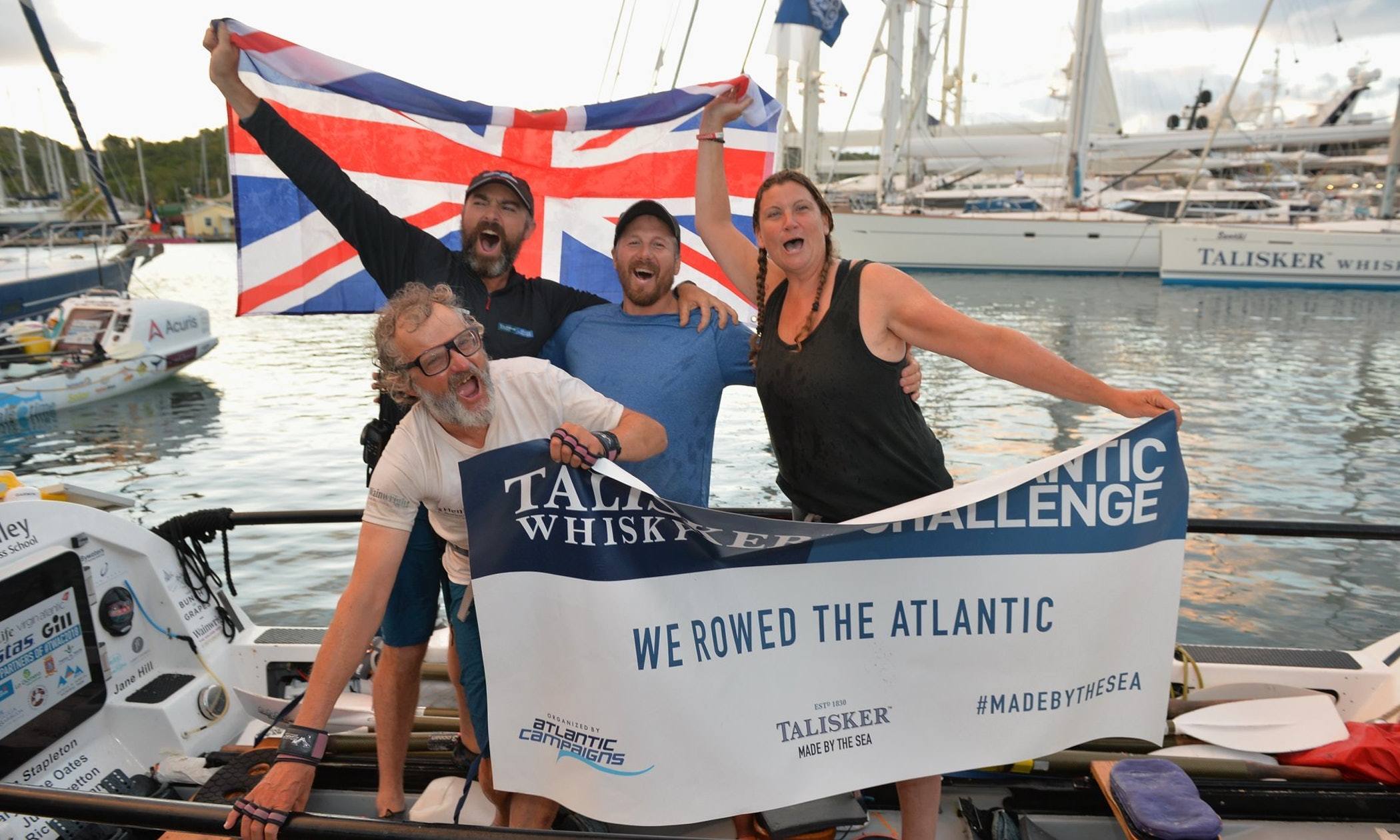 Drawn together from different backgrounds, the three men and one woman who make up the Heads Together and Row crew had one thing in common – the ambition to test themselves to their limits by taking on the world’s toughest row.

Toby Gould, 39, is the skipper and by day is Deputy Head of Resilience at London Fire Brigade

Alison Wannell, 40, the only female crew member, is a qualified lawyer who has rowed competitively in the past

Justin Coleman, 53, is a stand-up comedian who has attempted the race once before and has spoken openly about his own battles with depression 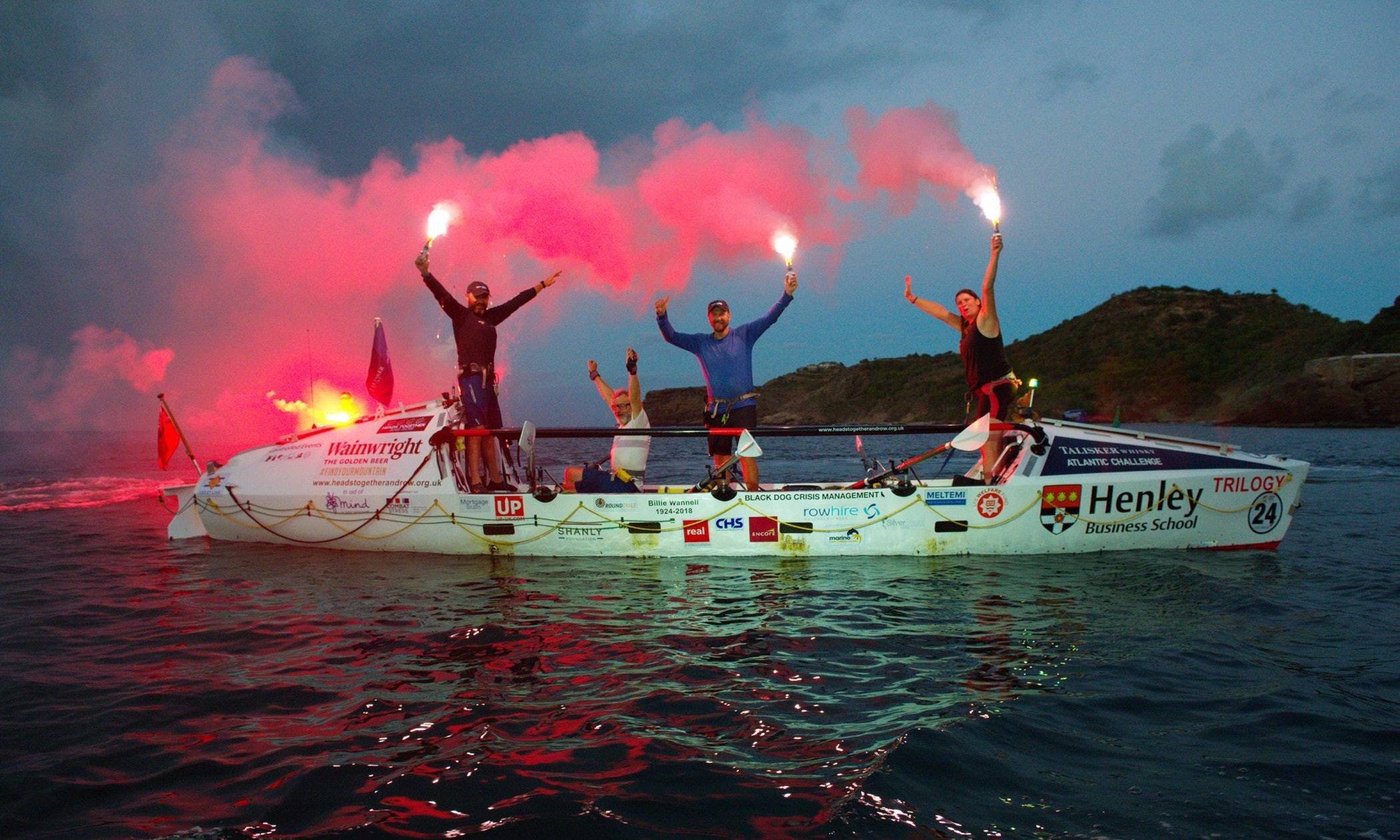 On February 1 2019, Heads Together and Row crossed the finish line of the Talisker Whisky Atlantic Challenge 2018, in a time of 50 days, 22 hours and 38 minutes.

They set off from La Gomera in the Canary Islands on December 12 2018 and rowed 3,000 miles to English Harbour in Antigua, carrying all of their food and equipment on board and spending Christmas and New Year at sea.

The team finished 17th out of 28 teams who started the race (one team dropped out early on).

During their crossing they experienced the highs and lows of life on the ocean, including wildlife sightings, extreme seasickness, equipment failures, an infected belly button, being hit in the face by flying fish and more.

You can read daily updates from their journey in the news section below.

The Talisker Whisky Atlantic Challenge is organised by Atlantic Campaigns. Click here to find out more.

As well as supporting the Heads Together and Row crew, Henley is working with them on a research project focusing on developing individual and team resilience over time.

The study is led by Dr Caroline Rook, Lecturer in Leadership at the business school, who holds a degree in psychology and whose research relates to creating healthy and productive workplaces through exploring the links between leadership and wellbeing in organisations.

She investigates in particular how to manage executive stress, how to maintain authentic functioning at work and the role of coaching for creating resilience for positive leadership.

The Heads Together and Row study will be based on individual video diaries the team kept every three days while they were at sea. Initial findings are due to be published in the summer of 2019.

Click here to find out more about Caroline Rook.