A shot in the arm for the UK’s economic recovery? 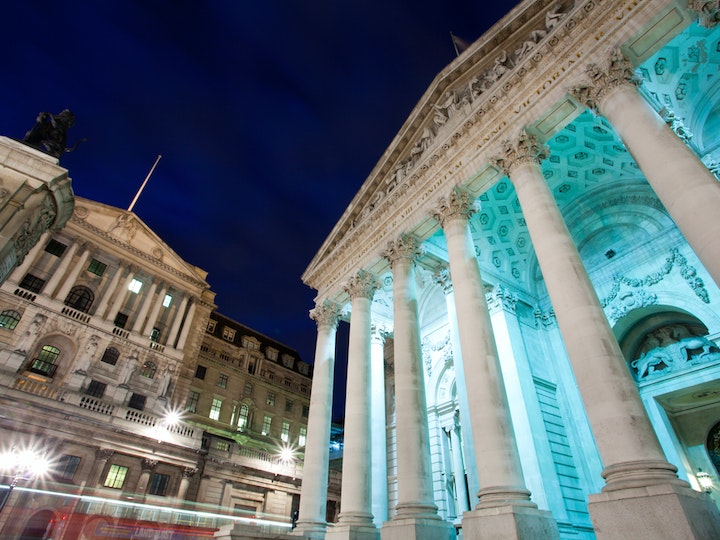 The Office for National Statistics (ONS) announced that the UK economy increased in terms of GDP by 1.8% in May from last month, April. This news could be viewed as an early, positive first step towards the coveted recovery. After all, the slight increase in output in May is in stark contrast to the sharp decreases in output during March and April, at rates of 6.9% and 20.4%, respectively.

Nevertheless, government officials and experts were disappointed by the announcement, since they expected monthly growth in May to be higher, at a minimum of 5%. Their optimism for a stronger bounce back was based on hopes for increased activity in online commerce and the effectiveness of the government’s employment support initiatives, i.e., furlough and grant schemes. The significant gap between expectation and reality raises questions, of which two very important are:

Let us start by discussing the first question. The current UK government has outdone most of its predecessors in supporting those at risk of unemployment. The cost of the furlough scheme was estimated at about £84bn for the period March-October, before estimates were revised down to £60bn.

Still, the lower estimate of the furlough bill stands at about 2.2% of the GDP in 2019 and the overall cost of the pandemic will set back the government by more than £300bn or 11% of GDP in 2019. The actual costs relative to GDP may be even more severe if the full-year 2020 GDP decreases at the forecasted 10.2%

In the Autumn Budget announcement, the Chancellor, Mr Rishi Sunak, announced a series of new measures on supporting employment and launching a country-wide campaign on skill development. The new measures, amounting to a total of £25bn, include, among others, subsidizing the hiring of young workers, more incentives for apprenticeships, doubling the number of traineeships, and tripling the number of employment coaches. The government hopes these measures counterbalance the forces driving corporate foreclosures and unemployment, so that when the furlough scheme ends in October, the UK corporate environment will be ready to benefit from a resurgence of economic activity.

A major goal of the Chancellor should be the revitalisation of consumer confidence and household finances before the Christmas shopping season, which accounts for a significant portion of discretionary consumption. By some Bank of England estimates, total spending per household increases by £800 or 30% during December. If consumption remains depressed through the end of the year, the UK may have lost an opportunity for recovery with the much-needed momentum of consumption-based economies.

Regarding the second question, it would be impossible to accurately time the start of the recovery. The pandemic is still active in the UK and a significant number of experts warn of a second wave of infections in autumn. If there is a second wave of infections before we have managed to produce and distribute an effective vaccine or treatment for COVID-19, we should expect the government to reinstate lockdowns and retail shutdowns.

The second round of restrictions could hit the UK economy worse than the first time, despite the invaluable experience we have acquired during the first wave. Unfortunately, our society has developed a series of vulnerabilities during the last few months.

One vulnerability to a second wave pertains to the increasing costs of state support. So far, a catastrophic outcome has been prevented due to the monetary stimulus by the Bank of England and the government’s fiscal stimulus. The International Monetary Fund offers a summary of the measures taken by each country here. The interventions by both the BoE and the government were supposed to be aggressively tackling illiquidity in companies and households. At the same time, they aimed at keeping unemployment from soaring.

However, if the economy remains in tatters, the state may have to provide further support by extending current schemes and introducing new ones. Unfortunately, there are few, if any, additional measures that the government can implement without harming the economy’s long-term prospects.

For instance, the benchmark interest rate is at an historic low of 0.1% and the BoE has already expanded its balance sheet by record amounts. The government is expected to run a fiscal deficit of up to 14% of GDP for 2020, which is unprecedented for peace times. If BoE increases the flow of money further, or the government decides to run even larger deficits, then the status of the pound sterling in the international currency market may suffer further and UK debt could become an unattractive asset, thus making fiscal borrowing more expensive. Both institutions have capacity to offer more stimulus, but their arsenal starts running thin.

The second source of vulnerability is the UK’s lacklustre performance in tackling the health and economic impact of the pandemic in comparison to other countries. At the time of writing, the UK has been the worst-hit European country with not only the highest official death count, surpassing 45,000 victims, but also the highest average count of more than 500 new cases per day. The ongoing pandemic affects both internal spending and the tourism industry, which usually accounts for around 10% of UK GDP.

Other European countries such as France, Germany, and Greece, have achieved a more effective containment of the virus and subsequent ease of the lockdown. Their more effective handling of the pandemic may not necessarily translate to a faster recovery, as is suggested by the latest projections by the International Monetary Fund, but it could hamper the UK’s attractiveness as a destination for new business, especially in light of the upcoming Brexit negotiations.

It is also insightful to note that the aspirations of some policy makers to turn the UK into a European Singapore may have been tempered by the devastating decrease in Singapore’s Q2 GDP by 41.2%. Brexit negotiators may need to keep in mind that any success story they aim to replicate comes with caveats.

Most of us date our last memories of normality back in January, when the threat of a global pandemic was only discussed among epidemiologists and global health experts. Now that the pandemic has been with us for a while and seems due to stay for longer, we may need to brace for the harder times that lie ahead. Nevertheless, it is consoling and helpful to remember, in the words of the Queen, “we will succeed, and that success will belong to every one of us.”