Meta-skilling is the solution to the robot revolution

Dr Naeema Pasha looks at the challenges a "robot revolution" could pose for organisations after a World Economic Forum report forecast that by 2025, half of all work tasks will be handled by machines. 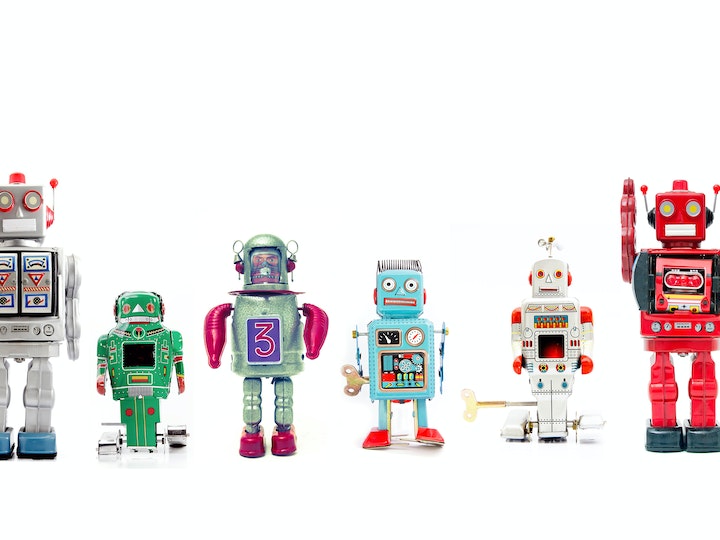 Half of all work tasks will be handled by machines by 2025 in a shift likely to worsen inequality, a World Economic Forum (WEF) report published this week has forecast. The Future of Work report suggests robots are rising further and faster, predicting a "robot revolution" which would create 97 million jobs worldwide but destroy almost as many, leaving some communities at risk.

This report aligns to the research and analysis I've been doing in Henley as part of our World of Work series, as well as work I did on the recent Microsoft report Creating a blueprint for UK competitiveness - also focused on the future of work. So, what do all the reports and analysis tell us?

They show that while we were already on track for large-scale adoption of AI and automation, the dreadful impact of the global pandemic dramatically accelerated this as organisations have turned to digital delivery to adapt businesses to lockdowns.

AI adoption is increasing across nearly all industries too, from the rise of robotics in healthcare to automated shopping in retail – and as we've experienced in education, with video conferencing which, while still draining, it has seen phenomenal leaps in scale, quality and tools.

A critical point these reports highlight is that the first casualties of automation and robotics will be low-paid and low-skilled workers, which means that women and ethnic minorities will be hardest hit. Just like with the coronavirus itself, AI adoption will exaggerate and exacerbate inequalities.

For new graduates and MBAs, the reports show that not only are they likely to be recruited using AI, with the rise of artificial intelligence in talent acquisition tools, but they are also likely to have jobs that are highly merged with data science and AI.

In addition, as companies move to a more 'mission and purpose'-led strategy, graduates will need to ensure that they align not only their tech skills to the future of work, but also understand how their values fit and enhance a company's broader goals on social and climate impact.

In short, with the triple whammy of a pandemic recession, advancement of AI, and social and climate changes, we are facing enormous changes in work and the future of work, the likes of which most have not seen before. And we need to act soon – if we do, we can be confident that we can make a difference.

Upskilling is the answer

To mitigate the impact of job losses, we need to upskill people. WEF suggests that by upskilling we can balance the impact of the pandemic recession and AI adoption by 2025. Both the forum and Microsoft have said skilling and scaled skilling is critical to the UK economic recovery and global growth. But what are the crucial skills we need to focus on?

My position, supported by these reports, is that there is a need to develop a new 'meta-skillset' fit for these times, and which offers a balance and blend of tech and human skills. With the rise of data science and massive data sets as well as the Internet of Things, 5G, conversational AI, virtual and augmented reality, as well as edge computing, there will be a need for greater skills in tech – including quantitative and analytical skills.

However, as my research also showed, key 'human' skills are critical – and these specifically include relationships and networking, resilience to withstand uncertainty and change, as well as critical thinking, empathy and compassion.

But there is more, much more. Meta-skills means doing much more than the basics of your job description. Increasingly, organisations expect workers to have more agency over 'doing the right thing' in their jobs. This could include their thoughts and actions over diversity, climate or ethical-AI – three areas which will see job growth.

This blend of tech and human skills is already being rolled out in many organisations. For example, BMW Group has worked out seven basic principles covering the use of AI within the company, including human agency and oversight, diversity, and environmental and societal wellbeing. BMW shows that in addition to technology, there is a strong drive for human qualities.

The task of skilling and reskilling is huge. The challenge now is also how to do this at speed. Through programmes such as Kickstart, the UK government is enabling some changes. It won't go far enough, and it may not bring everyone along.

Our skills-led recovery project showed that we need to work at both individual level (to create mental space, confidence and motivation to re-skill and re-learn) and at organisational level (creating a learning organisation by recognising that ‘individual and team learning' are key to its survival and growth), so we can create both culture and structure for learning to happen.

As a society, for the 2025 goals that WEF has set, we will need to ensure that poorer and marginal groups are also brought along. Inequalities exposed by coronavirus can at least show us that for reskilling we all need to be together on this enormous challenge.

The opportunity is for academic institutions to partner with organisations such as Microsoft, Google and IBM so that meta-skills can be made more available to a wider community. Courses and learning programmes should scale from degrees to smaller training in-house, and use AI to deliver personalised learning. Learning needs to be continuous and lifelong; within organisations, on phones and even in meet-ups. The costs need to be minimal too.

Hugely challenging – but with big tech offering to lead the way it is time to go with this – and there isn't much time to waste.

Return to work means focus on creativity, collaboration and caring - and AI