Dr Murray is a Co-Investigator in a research team led by the Institute For Environmental Analytics at the University of Reading. Working in partnership with the Fondo de Adaptación, RIOS focuses on assessing the suitability of Earth observation to provide a monitoring service in order to manage natural hazard defences and informal settlements in Colombia. 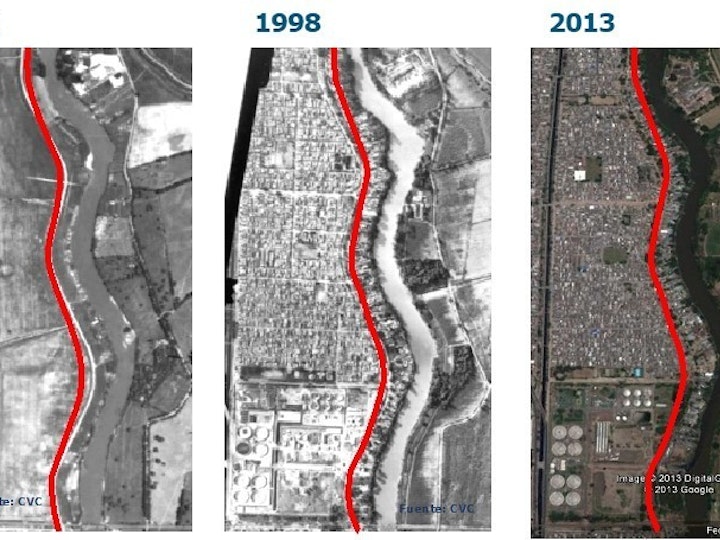 The project was awarded funding this year through the UK Space Agency’s International Partnership Programme, which is part of the Department for Business, Energy & Industrial Strategy’s Global Challenges Research Fund.

Colombia has, for over 50 years, suffered much internal conflict that has led to the displacement of families in rural locations. Most have managed to seek safety in and around cities but due to a large housing deficit, rural migrants tend to settle on unsuitable land that is prone to floods and other natural hazards.

Furthermore, the economic crisis in neighbouring Venezuela has pushed millions of refugees over the border into Colombia in search of jobs and a home. Additionally, and a more immediate worry is the economic impact of Covid-19; this will undoubtedly reverse some of the gains Colombia has made in the past years that had gone some way to reducing extreme poverty, informality and homelessness.

RIOS is therefore a timely project, particularly because desperation has driven families to settle on defences built by the Colombian government. These barriers are there to manage and mitigate the threat to human lives and property posed by natural hazards. In such cases, relocation is inevitable as not only are the informal settlements at risk but also the vast populations living in cities that these defences are meant to protect. Dr Murray will lead research into the ‘at risk’ and vulnerability literature surrounding informal settlements and help the team and the Colombian government in the understanding of the cultural and policy aspects of re-settlement options for at risk settlements 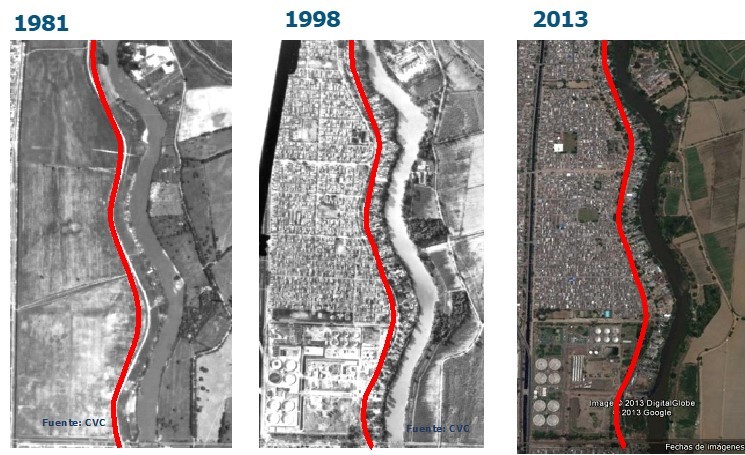 Aerial photographs of informal settlements on the Cauca River, on the outskirts of the Colombian city of Cali, show how they have encroached dangerously close to the flood-protection dam along the riverbank. The images show the dam (red line) and the growth of the informal settlements since the 1980s. Source: Corporación Autónoma Regional del Valle del Cauca (CVC) - Fondo Adaptación, 2014.