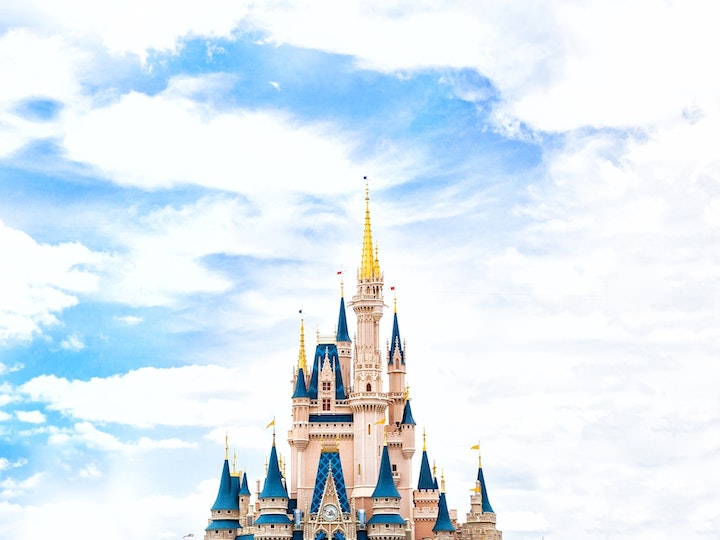 Disney has appointed Susan Arnold as its new Chair, the first woman to hold the position in the company's 98-year history. She has been a board member for 14 years and is incredibly qualified for the position. The appointment is a meaningful step for women in business. But it also falls into a familiar pattern researchers have identified as the 'glass cliff'.

Thanks to the pandemic, Disney reported a substantial decline in income this year. The streaming service Disney+, which owns the Star Wars franchise and Marvel Entertainment, did well at recovering lost revenue from closed theme parks, but eventually subscriber growth plateaued. Though it is likely Disney will see an increase in revenue and shareholder value as physical sites reopen, Disney stock value has continued to underperform and fell 7% in November 2021.

Researchers Michelle Ryan and Alexander Haslam, who first coined the term ‘glass cliff’ in 2005, would likely find the appointment of a female CEO or Chairperson during this period unsurprising.

The ‘glass cliff’ refers to a trend that sees women appointed to senior positions during times of precarity, meaning there is a greater risk for them to be 'set up' to fail. A prime example would be the beleaguered premiership of Theresa May, who will be remembered not so much for being the second female prime minister, but for her disastrous handling of the Brexit negotiations. The spotlight we put on women as leaders mean we are also more likely to analyse their successes and failures, and often attribute their failures to their gender.

Ryan and Haslam warn that if these organisations continue to miss targets and underperform under a female directorship, it reinforces the perception that women are less capable leaders than men (despite them having been recruited during a period of volatility).

The reasons for this differ. One explanation is that during times of crisis, organisations look for something new - appointing someone who isn't the typical Chair, CEO, Executive (etc). Women are also perceived as advanced problem solvers and to have stereotypical qualities that make them better during times of crisis (such as cooperation and loyalty).

Cook and Glass of Utah State University have found similar findings with Fortune 500 companies: women and minorities are more likely than men to be appointed to weakly performing firms. In an experimental study examining recruitment choices, women were more likely to be deemed suitable for roles when the organisation in question was in crisis The perception that women are less capable leaders than men can therefore become cyclical, where women have a higher mountain to climb in order to turn things around.

To be clear, the women appointed are just as qualified (if not more so) than their male counterparts, but because their appointments are ‘novel’, their performance is more heavily scrutinised. Our implicit expectations of women mean we hold them accountable for certain behaviours, and are upset when they don't exhibit these behaviours. The entirety of gender stereotypes is beyond the scope of this article (and indeed, men experience negative effects of these too), but it is important to make a mental note of times we might be placing higher expectations on women than we would a man in a similar role.

Critics of the glass cliff argue we are focusing on the wrong thing. Women and men are both appointed to poorly performing companies, but it is the focus on women as 'women leaders' that brings their failures, but rarely their successes, into the limelight. As we continue to improve representation of diverse groups (not just women, but members of other minority groups with diverse characteristics) the successes and failures won't be as easily identifiable.

The solution, therefore, is to continue efforts to improve representation of diverse groups in senior roles. It is also important to ensure that if you are in a leadership role in your organisation (regardless of the size or seniority level) that new and other members are given the support they need to thrive and succeed. Appropriate succession planning and transitions are vital to maintaining stability.

Let’s focus on the positive

As a diversity and inclusion scholar with a focus on organisational behaviour, it can be easy to get overly critical about big and small wins. To finish positively - we know that representation matters. As Disney watches their financial performance, I will be watching how the board reacts to changing management. Not just with Susan Arnold, but the entirety of their executive team. It is likely there will be new creative outputs, and I optimistically look forward to them.

Ultimately, Susan Arnold’s appointment is something to celebrate because it represents progress in a company that has championed strong, female characters in its productions. It is a step toward more diverse board rooms that accurately represent shareholders and customers. To celebrate this milestone, you’ll find me watching Avengers: Endgame for the 28th time and imagining my life as Captain Marvel.