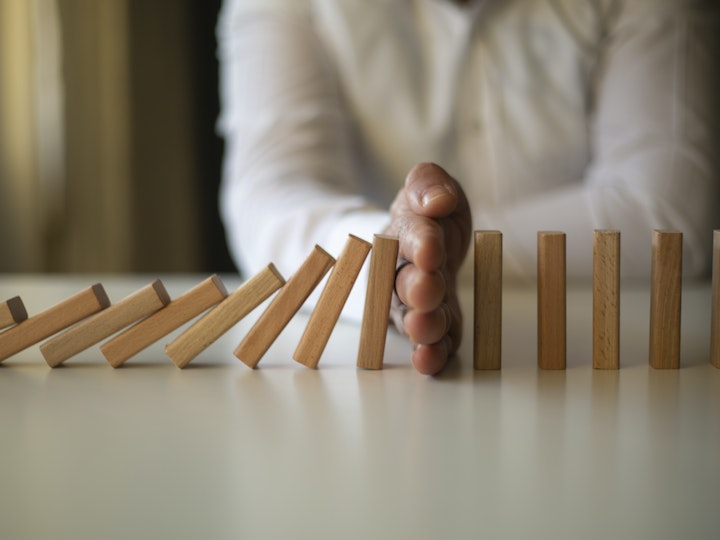 What a time for apologies and contrition! Last week, we saw PM Boris Johnson saying he is taking Nusrat Ghani MP's claim for being sacked as a minister due to her Muslim faith 'extremely seriously'. Being her boss and leader (and the actual Prime Minister), you’d think he might know better about Islamophobia. Yet this isn’t the only example of leaders failing to lead well on issues of racial equity and racial justice. There was the apology issued by the Chairman of Middlesex cricket club when he said to a televised committee hearing on racism that Asian players don’t go into cricket because they prefer studying, and Black players don’t because they prefer football.. So, what can leaders do to tackle issues of racial injustice in their organisation, and why is it important they do so?

Islamophobia in the UK

In the case of Nusrat Ghani, a 2021 survey called 'The Dinner Table Prejudice: Islamophobia in Contemporary Britain' found Islamophobia to be higher in people from middle and upper-class occupational groups. It found they were more likely to hold prejudiced views of Islam than people from working class occupational groups. It can come as no surprise then that a senior woman in politics like Ghani found her ‘Muslimness’ to be a concern to her – mainly middle- and upper-class - colleagues. When it was suggested I must be a terrorist and a member of ISIS by a highly educated person when they learned I was a Muslim, I felt hurt and misjudged. I can imagine Nusrat Ghani experiencing those same feelings despite her Britishness and Conservative credentials.

The survey also showed that 25.9% of the British public feel negatively towards Muslims (with 9.9% feeling ‘very negative’). This compares with 8.5% for Jewish people, 6.4% for Black people, and 8.4% for White people. Being a Muslim or even appearing Muslim creates unease and drives prejudice. In the UK at least, being non-White and having a beard, carrying a rucksack, or wearing a hijab means having the daily stress of expecting some form of racist attack or microaggression. According to UK Home Office figures, Muslims were the target of 2,703 religious hate crimes in 2021 – an incredible 45% of all those recorded. The organisation TellMAMA saw a massive 375% increase in attacks on Muslims in the week after PM Boris Johnson compared women who wear the niqab – a face veil that leaves the eyes clear - to “letterboxes” and “bank robbers”. For Ghani, her boss - someone who holds the highest office in the country - wrote these offensive words with no contrition. How can she trust him to truly grasp, let alone confront, her experience of Islamophobia?

A conscious effort to understand racism

Unlike Ghani, most Muslims do not have the Prime Minister as their boss, but they will experience frequent and aggressive verbal attacks the workplace – and/or find a boss who feels disempowered or unskilled in knowing how to tackle it. But this should probably not come as a surprise. We all know that racism, sexism, homophobia, ableism, Islamophobia and antisemitism exist – we’ve all lived the same history. It’s just that those that experience it, are reminded daily in their workplaces, in education, on the street, at sports grounds. And those that don’t are able to forget about it. And that is, to some extent, the core of privilege. Privilege is invisible to those who have it – and it will cut across minority groups too, but two wrongs don’t make a right.

Very often the people using discriminatory words (and we include religious hate under the umbrella of race hate) are people who are unaware of the severe impact of discrimination, or unaware that they are using offensive language. They are, on the whole, likely to be nice, thoughtful people. Having privilege doesn’t mean being unpleasant, or not experiencing difficulties and challenges of life. But thinking about privilege in a more constructive way means to take a conscious effort to make a change to learn and understand more about those who don’t. And there lies the issue in most organisations - conscious effort. Islamophobia and all forms of racism is a huge worry for all organisations in the UK. By not tackling it, does put all areas of growth at risk. In race, if you are a White leader, you probably know that the N-word or the P-word is offensive. Yet many leaders are unaware of the daily and continuous impact of racism, including Islamophobia, and the impact that has on staff and how that impacts across the workplace and growth.

The barriers to racial equity in leadership

We saw in our Equity Effect research that by addressing race with equitable practices, businesses had 58% higher revenue. However, The Equity Effect also showed that leaders are not tuned into the different realities of employees:

The Equity Effect also showed that ethnic minority employees see lack of understanding of the root cause, as the primary barrier (34%), followed by lack of empathy (26%), openness (25%) and reluctance to carry the burdens of educating others or fighting racism (24%).

It is critical we all attend diversity training and go with an open mind to learn. But it is imperative that we seek out ways to educate ourselves – especially our leaders. That way, not only will leaders be less exposed to making potentially offensive statements and then having to issue an apology, but they will be more focussed on the transformative possibilities of their organisation.

Of course, in business we should say sorry to others when at fault, and we should accept apologies and self-examination from colleagues, peers and leaders when things go wrong. But then we expect to see real change. The Equity Effect research is unequivocal; it shows it is vital to address racism in organisations as the impact on revenue is indicative of engagement in diversity and inclusion. It highlights practical routes to implement this too. At Henley we have made The Equity Effect a fundamental part of our strategy, as tackling race means we will also tackle other forms of discrimination better and in turn, drive our growth.

We ought to now develop a culture of understanding where all leaders, but especially White leaders and colleagues take a conscious effort to listen and engage in diversity and inclusion interventions. If not, we will have to just keep listening to yet another apology. This isn’t fair on the people apologising on their behalf if the opportunity to learn wasn’t taken, and it certainly isn’t right on the people who actually experience discrimination. Taking meaningful action on moving towards equity in the workplace, means taking real action to address or eradicate racism.

Dr Irina Heim uses a game-theoretic approach to explore responses to Russia’s invasion of Ukraine in our latest Leading Insights.